As you can see from the title this is Mid Week Musing number 52.  The number suggests that this post represents the completion of one years worth of dross published by me under this heading.  In reality the first Mid Week Musing post went live on the 28th February last year.  There have been, as some of you will know, a few Mid Week Musings Specials and it is these posts which have thrown the numeric sequence out of line with the calendar year.

I thought I would mention this as I would hate for you all to go to a great expense by showering me with birthday gifts when the money could be spent more wisely on figures and accessories for your own collection.  That said, if you insist on some form of financial gift then I would respectfully suggest a modest donation to “TIM Aid”, a charity I set up to help old people get their leg over more regularly by funding trips to Amsterdam’s red light district.

Historically a pub landlord would make this pronouncement at closing time and follow it up by ushering out his the last remaining customers.  I say historically, for all I know outside of my village it might still happen but the publican at the Blacksmiths Arms does not adhere to such rules, which is how my mate John and I came to still be in there drinking at half past midnight on Monday.

So why were we there and on a Monday of all days of the week?  Well the answer is a simple one, Monday evening was the first meeting of the newly elected Wankville Parish Council and following three hours of complete boredom it became apparent that alcohol in vast quantities was required.

I know I have only  myself to blame for my personal involvement but the challenge which lays before me must be met head on as daunting as the prospect is.  To provide some perspective about five minutes were spent discussing a highly contentious planning application and forty five minutes on whether or not the council should spend £50.00 paying to have the grass cut at the church cemetery.

On the positive side of things I will undoubtedly spend more time modelling.  It has always been my release to frustration.  As things stand at the moment I will either improve my skills as a painter and modeller or I will become a alcoholic serial killer.  Betting in my household has currently been suspended.

When I started Mid Week Musings over a year ago my aim was to maintain a modelling focus no matter how tenuous the link might be.  Whilst listing what I have been watching and listening to roughly ticks the box (as they operate in parallel while I am modelling and painting), the fact is some of my more recent posts are of me on my political soap box.  I am not happy about this but the simple truth is I am finding it harder to keep things model related simply because I am running out of ideas and incidents.

To this end I have decided that next week I am going to introduce Mid Week Miniature.

Is this the end of Mid Week Musings?  No, sorry!

The Mid Week Miniature will either be a feature within Mid Week Musings when I have something of a Musings nature to add or it might just be a short post in its own right.  My regular Saturday post will continue to mainly centre around the diorama based work that I like to do.

I suspect I will still include the odd soap box piece too.  Let’s face it, I’m getting older and grumpier and I’ve got to let it out somewhere.  The kids aren’t interested, SWMBO simply ignores me and I have it on good authority that kicking the dog isn’t legal (it’s a joke, it’s a joke – no dogs were hurt in typing this sentence OK!)

Not a new film by any means but I do like Tom Cruise and Jack Nicholson and when it comes to Court Room dramas they don’t come a lot better than this one. 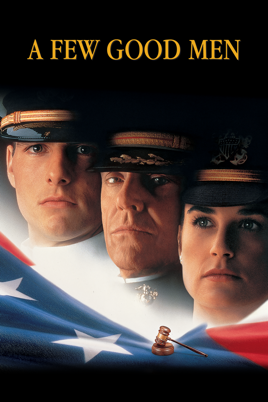 … Make Me Smile (Come Up and See Me) by Steve Harley & Cockney Rebel.

One of my all time favourite records.  Back in the day I saw them play at the Winning Post in Twickenham just a few miles from where I used to live in Feltham.  Listening to it evokes so many memories of a time gone by.