This weeks figure is a Jomsviking by Gripping Beasts.  They do make very nice miniatures and this one was no exception. 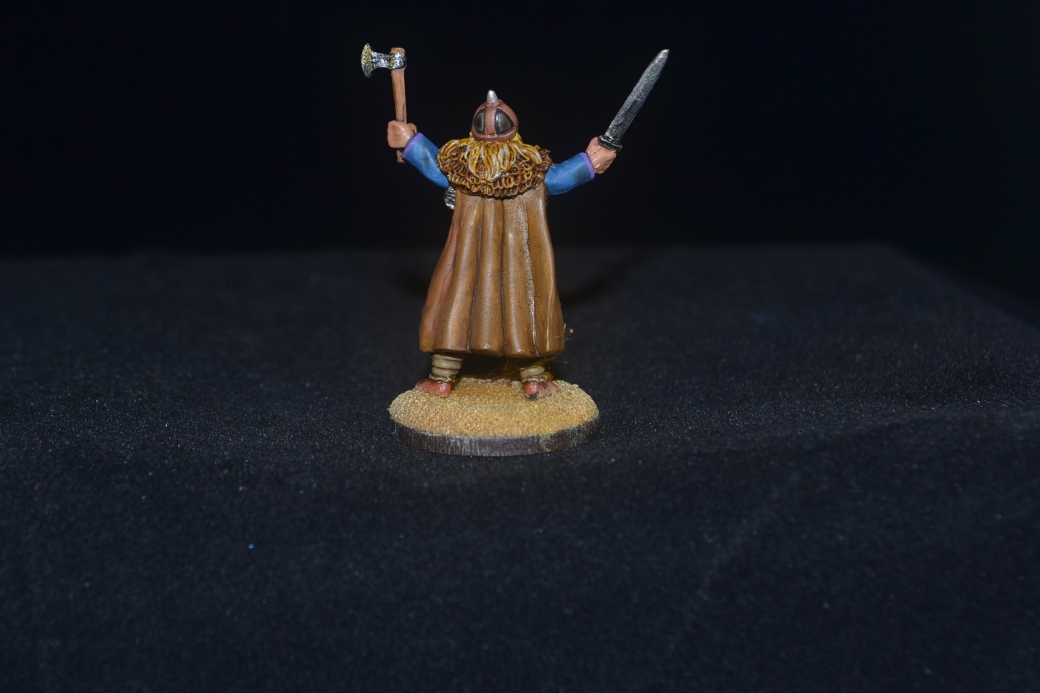 Just over a week ago it was my birthday and in the lead up to it I was unsurprisingly asked by She Who Must be Obeyed what I would like by way of a present.  Naturally my first instinct was to consider asking for the services of a young women with the oral suction power of a Dyson Vacuum Cleaner but decided I might be pushing my luck.  Besides I couldn’t see SWMBO spending that much money on me.

Instead I decided on a set of Artis Opus brushes.  I remembered that back in April Alex of the Leadbaloony bought a set at for his birthday at Salute.  The sensible thing to have done would have been to ask him what he thought of them before tasking SWMBO with the purchase but then again Alex is a smart lad and if he thought they were good enough to buy then what more justification did I need?

Up to now I have been using Winsor and Newton Series 7 which are fantastic and comparable in price but by all accounts these brushes are the dogs bollocks so in due course I will let you know what I think of them.

Imagine you are a raw recruit having been handed a loaded weapon and for the first time in your life you are required to shoot someone dead.  Are you ruthless enough to do so?  Remember it is you verses them.  Now Hang on to that image as I take you through the finer points of Step 3 – Dusting!

Now if you have stuck with the program so far then you will have:

The first thing to remember when you ask your other half “what can I do to help you darling?” is that she has her own routine, her own list of regular chores and that on that list of chores are several she hates doing.  If you think you are going to get a nice job delegated to you then forget it.  You are going to get a shit job and because she probably doesn’t trust you to do anything properly you will almost certainly be given the job of dusting.  After all what could you possibly do wrong?

To begin with it is important to do the job in a slap dash way.  This should come easily to you because it is shit job that you do not want to do anyway, however, you must see this as an opportunity.  It is important to remember that nothing, absolutely nothing must go back in the right place.  This is also a great chance to break things she has on display which you do not like and have hated for years.  Try not to wreck the place but it is vital that things get broken.

The chances are the first thing you break will not cause a problem.  You may be called clumsy but the job of dusting is still yours.  In due course you must up your game.  Focus less on how much you break and more on the sentimental value of the object itself.  At some point you will inevitably have to break something which she holds dear.  This is where you need to try to retain the image of the raw recruit.  Are you a man or a mouse?  If you answer “squeak” then you are stuck with dusting forever.  Sad to see her cry I grant you but don’t lose sight of the end game.  Remember, life can be harsh.

Having completed your mission of breaking something she values the task of dusting will almost certainly not be given to you again.

If you have been making the most of your additional painting and modelling time then you have almost certainly produced more items for storage and/or display.  Now that you are no longer charged with dusting the time has arrived to start putting some of these completed items on display around the house.  I would recommend doing this once your relationship with your other half is back on an even keel or she will start to break them.

Having these models spread around the house will inevitably increase the time taken for her to properly dust.  Instinctively you will know the right time to say to her “Dearest, I have an idea on how best to make the job of dusting easier for you”.  She will bite your hand off for any forthcoming solution which leaves you free to spend money on another display case.

Not surprisingly I love the music of the 70’s, it was my teens after all.  Meaningless lyrics and dodgy fashion but brilliant none the less.  This was a great track when it first hit the charts and T-Rex and Bolan were huge at the time.  Sadly I used to drive passed the place where Bolan was killed in a car accident every time I went to watch Chelsea play.  I guess some people are destined to die young.

In the final episode of Peak Blinders (series 4) reference was made to Al Capone which was all the inspiration I needed to dig this classic out of the cupboard! 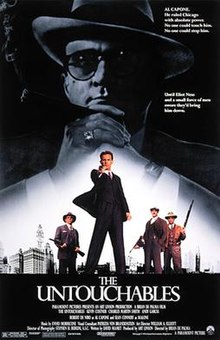