This week we have another Knuckleduster figure, Buffalo Bill Cody.

This company make some great tools and various modelling bits and bobs and I have been pleased with things I have bought from them in the past.  Having said that I had pretty much forgotten about their site until I was prompted to take another look at it the other day.

I am keen to try and do a few things with clear resin and was trying to check out products along with how best to work with the stuff.  One internet search led to another and before I knew it I was on the Green Stuff World site.  Seems they do some interesting UV resin which dries within a few seconds using a torch and appears simple enough to use as it is a one part product and not a two part one which cures after 24 hours or more.

Long story short I checked out a few YouTube video’s and decide to take the plunge and buy various bits.  I am exited about using it but it will be a few weeks before the stuff arrives as it comes from Spain.  Once I get a chance to check it out and experiment with it I will let you know how it goes.

You know when you are getting old when …

… you are lying in bed and the wife says “make me scream with one finger” and the best you can come up with is to to poke her in the eye!

“Every 1’s A Winner” by Hot Chocolate.  Prompted by a TV advert I decided to get my Greatest Hits CD out and give it a dust and a play.  Glad I did, it made for a nice change of mood.

“Nowhere Boy”, a great little film about the early days of John Lennon.  Unrelated to the film “Backbeat” but a great prequel nonetheless. 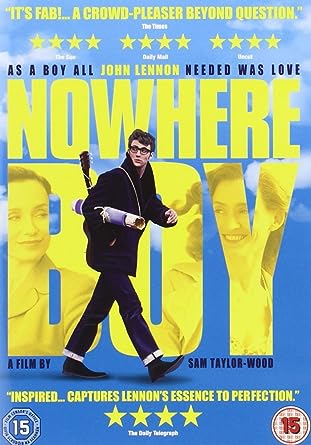