The larger scale of 54mm used to be my thing before stepping down to 28mm.  I do the occasional piece every now and then but the figure really has to float my boat (or in this case fly my plane!).  Such a figure was this one.  The composition, which I can take no credit for, is simply excellent in my opinion.  This remains one of my favourite models in this scale but I really must upgrade the photo’s.

Battle of Britain RAF Pilot No: 1

Work continues on figures and small dioramas for next year’s Plymouth show and will continue to do so for sometime. The Old West remains my genre of choice but I really am enjoying WW1 and, all be it to a lesser extent, the RAF.  The Great War is proving to be a great outlet for my imagination and ideas for small scale dioramas have been fuelled by finding excellent figures in 28mm scale.

The RAF on the other hand has proven to be more difficult. There are less figures out tbere, or so it would seem, and ideas for dioramas which don’t involve planes has had me stumped. I don’t mind the idea of doing a plane but 28mm is not a true scale so such things rarely, if at all, exist in the right dimensions. Scratch Building is an option but I’m not inspired to do so and going up in scale would result in a huge plane.

Confronted by my RAF dilemma I decided the only way forward was to return to my modelling roots and simply go for finding and painting a figure or two and leave the dioramas for WW1.

A trawl of some of my preferred suppliers threw up a couple of options but even a general search didn’t exactly leave me spoilt for choice. Still, I managed to find a couple of suitable figures which will allow me to meet my obligation to the club so I guess all is well.

First of the work bench is a 54mm vignette produced by Andrea Miniatures which goes by the title “Afternoon Tea”. Andrea produce some fantastic figures and I’ve done a good few over the years and thoroughly enjoyed doing them. This one was no exception. 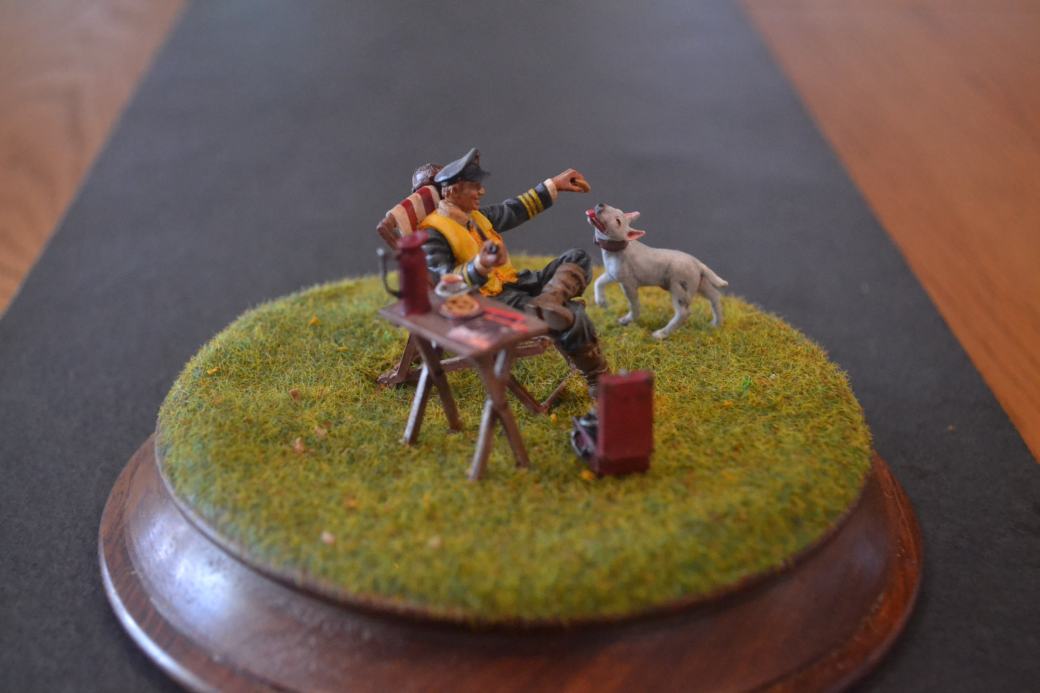 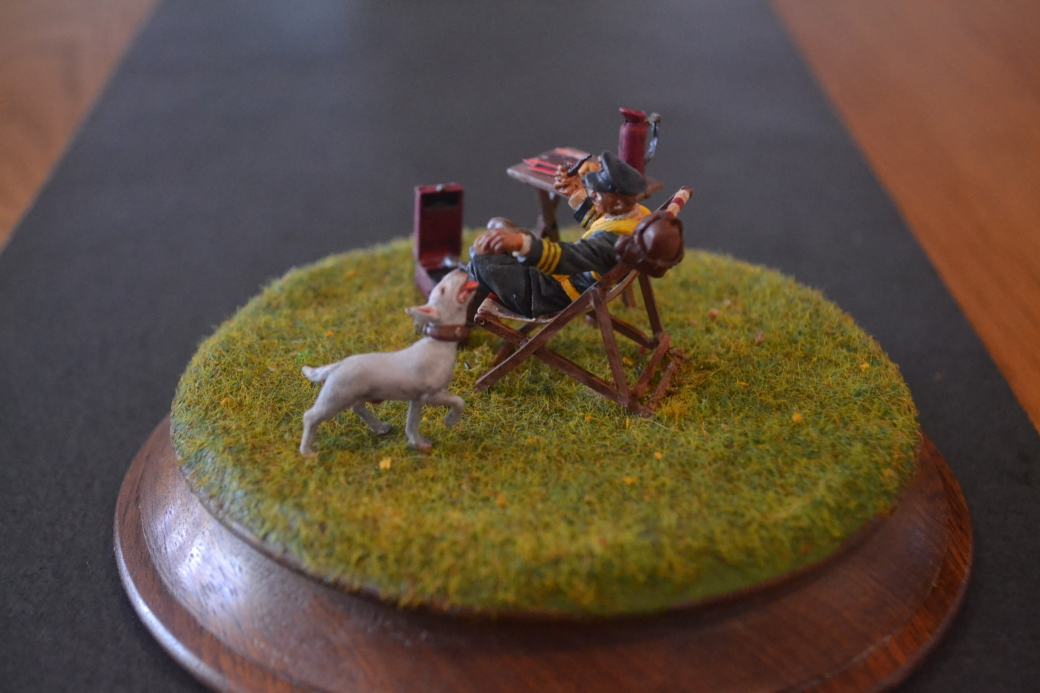