This model, like others before it and still to come, had its photos taken before I acquired my light box.  Whilst I don’t claim to be an expert photographer with the light box the end results are, albeit in my opinion, superior.  All of which has made me realise that come the winter months I must make a project of going through my posts and upgrading some of the photo’s.

When I decided to do some WW1 figures and dioramas for next years centenary one thing I was keen to do was produce a few models that were relevant but (hopefully) different.  When ever I see models for this era they are almost always trench scenes with or without tanks.  Don’t get me wrong there is absolutely nothing wrong with that, in fact it’s highly relevant but too my mind there are many other images to be portrayed and I guess that’s where I come in.  That said, and before for I dig a hole for myself, I will (and have) do some models which will conform with convention (but no tanks, I don’t do tanks!).

So first up is my 28mm diorama which I have chosen to call “Gone but not Forgotten”.  Appropriate as today is Rememberance Day.  In modelling there is a side to war which can some times be forgotten – death!  I don’t know how many dead soldiers were brought home but as far as I can establish most, for a variety of reasons (body identification being but one), were buried where they fell.  Having said that a great many soldiers who enlisted early were repatriated having been seriously wounded and unable to fight on.  Sadly a return home did not guarantee survival and many soldiers died of their injuries before and after the 1918 armistice.  It’s this scenario on which the diorama is based.

The figures are all stock figures and were purchased from a couple of suppliers, Footsore Miniatures and North Star Military Figures, all excellent castings.  I’m not sure how accurate the clothing for the civilian figures actually is for the era but on balance I’m not sure it really matters, not to me at any rate.  The scene is a simple one.  In addition to the grave we have the gravedigger in the background, the vicar/priest, the dead soldiers mother/wife and his soldier brother.

Ground work was straight forward but looked a little flat so I built another tree to provide some height and a little more interest.  The finishing touch was a small wreath made of twisted wire with Noch leaves added.

WE WILL REMEMBER THEM. 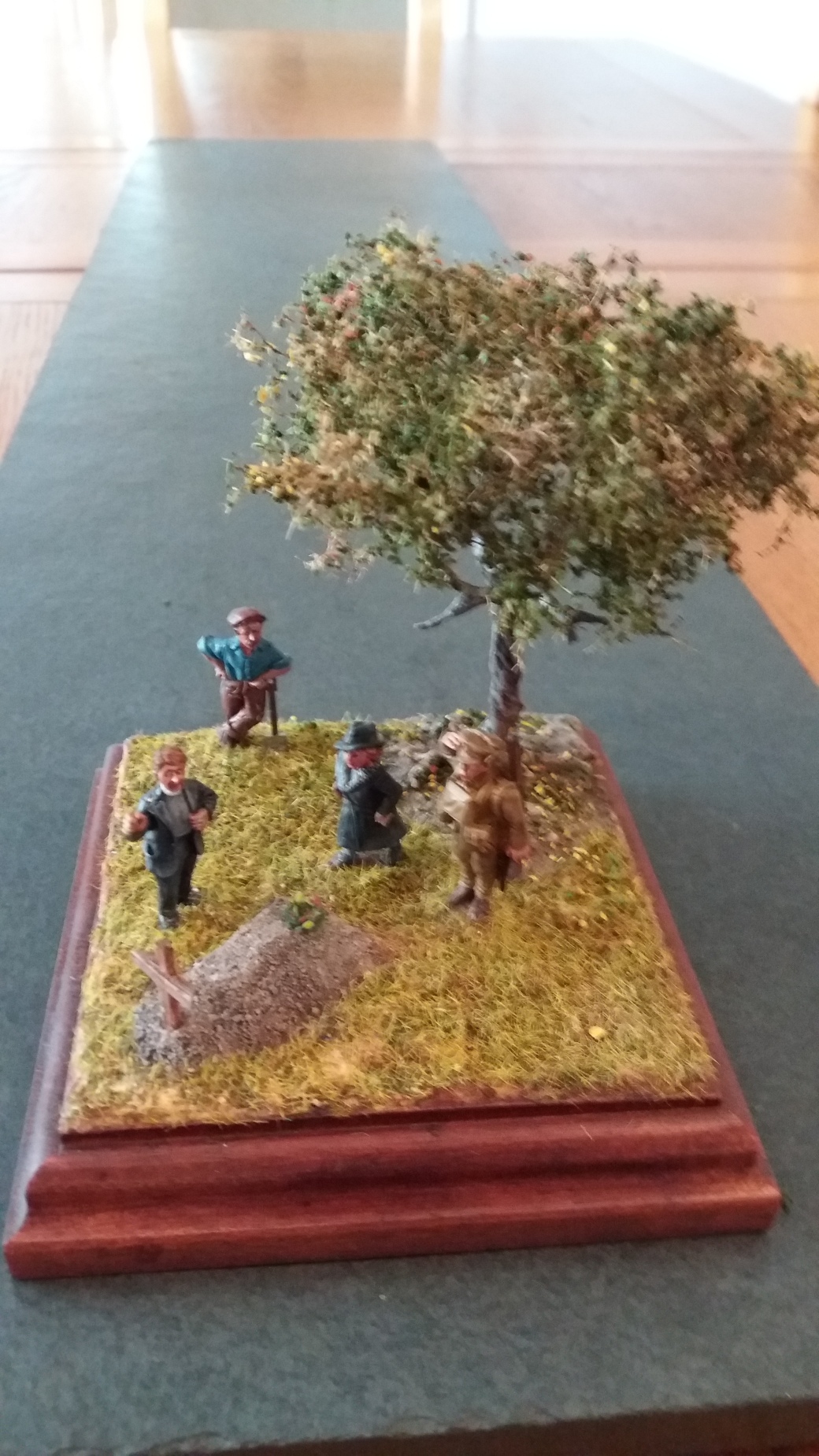 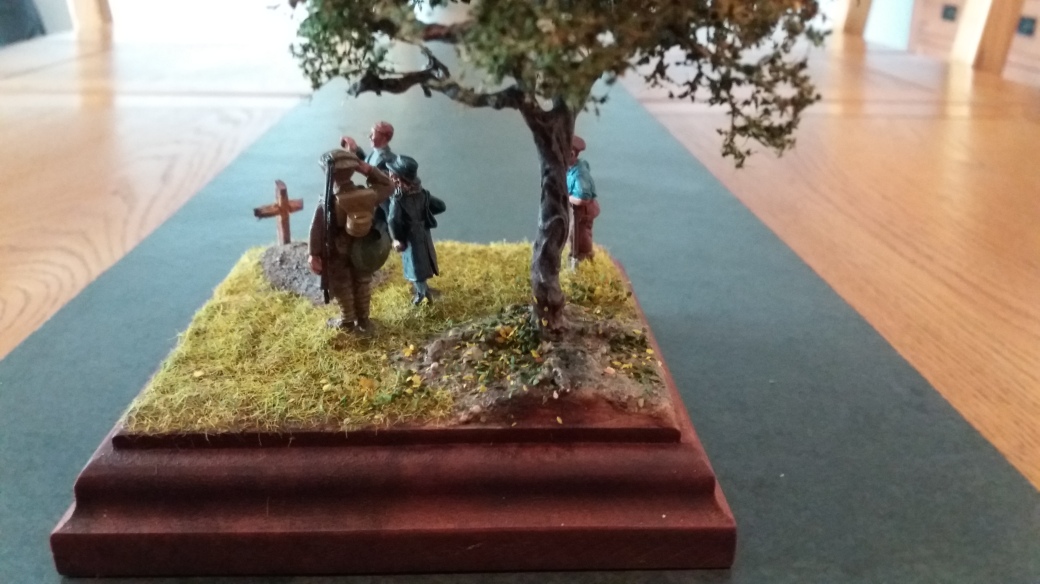