According to WordPress this is my 400th post and to celebrate this momentous occasion this weeks miniature has not been painted by me, it has been done by none other than my hobby son, IRO!  Let me explain.

Towards the back end of 2020, around about October as I recall, IRO had the idea that we should each paint a figure for the other and then exchange them.  Doing a collaboration when you you are 12,000 miles apart is nigh on impossible and so this seemed like a neat idea.  There were no rules to speak of and the options were relatively simple – do your own thing completely, try and do something which the other would like or try and step into the other persons world of modelling.  You get the idea I hope.  To see what I did for IRO you will need to take a look at his blog.

I didn’t know what to expect from IRO (who would?) but with impeccable timing a parcel arrived from Australia a couple of days before Christmas.  With a combination of excitement and trepidation I duly opened it.  I confess to being surprised but certainly not disappointed.

IRO knowing I have more than a keen interest in the Old West decided to go for a figure in a genre I love.  He also went for a 54mm figure of an iconic character, namely Lee Van Cleef from the movie The Good, The Bad and The Ugly.  The figure represented a major departure for IRO it seemed to me.  Firstly a step up in scale is not easy, the period is also something he is not typically associated with and, in order to be true to the film character, painting something in a single colour is, as I know myself, far from easy.

The composition of the figure is excellent, the rustic wooden base is very in keeping and the dry brushing has been done very well too and provides the necessary lift which is needed to break up the dominant black.   All in all I think IRO did a fantastic job but the biggest thing I take from this figure is that he stepped outside of his comfort zone to do something which he thought I would like.  I can report that I am delighted to say I am now the proud owner of a original IRO painted figure 🤗.

Hopefully this exchange of figures is something we will do again.   Not a competition but a very nice way of seeing up close someone else’s style and a neat way of some how making the world a smaller place and bringing the blogger community a little closer to hand.

I must point out this is not an exclusive exchange between IRO and myself.  If anyone else is interested in doing something similar just let me, or IRO, know.  If you want an original TIM or IRO figure in exchange for an original of your own just let either of us know and we will work something out.

Images of IRO’s figure, the original of which now resides in one of my display cases, are below. 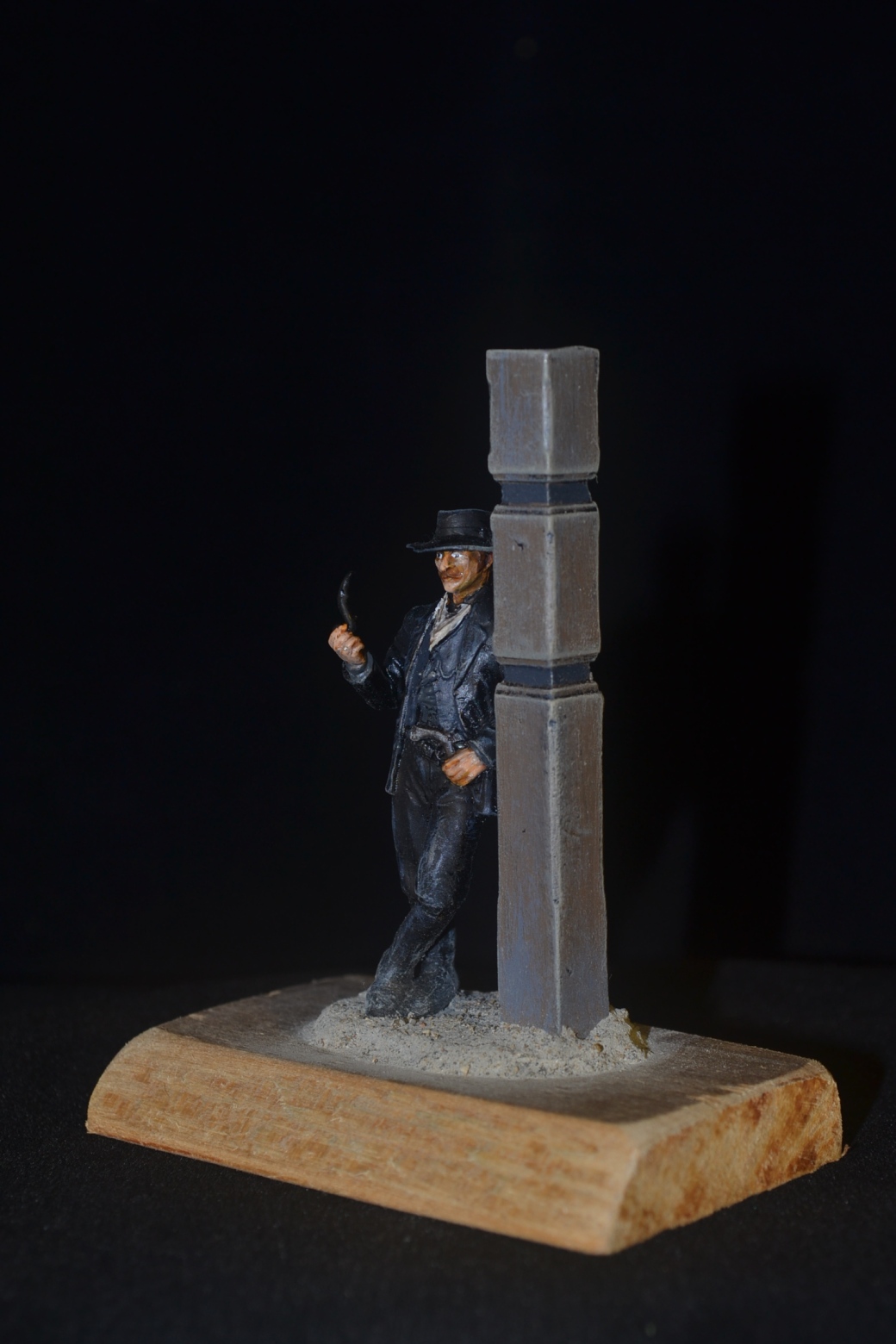 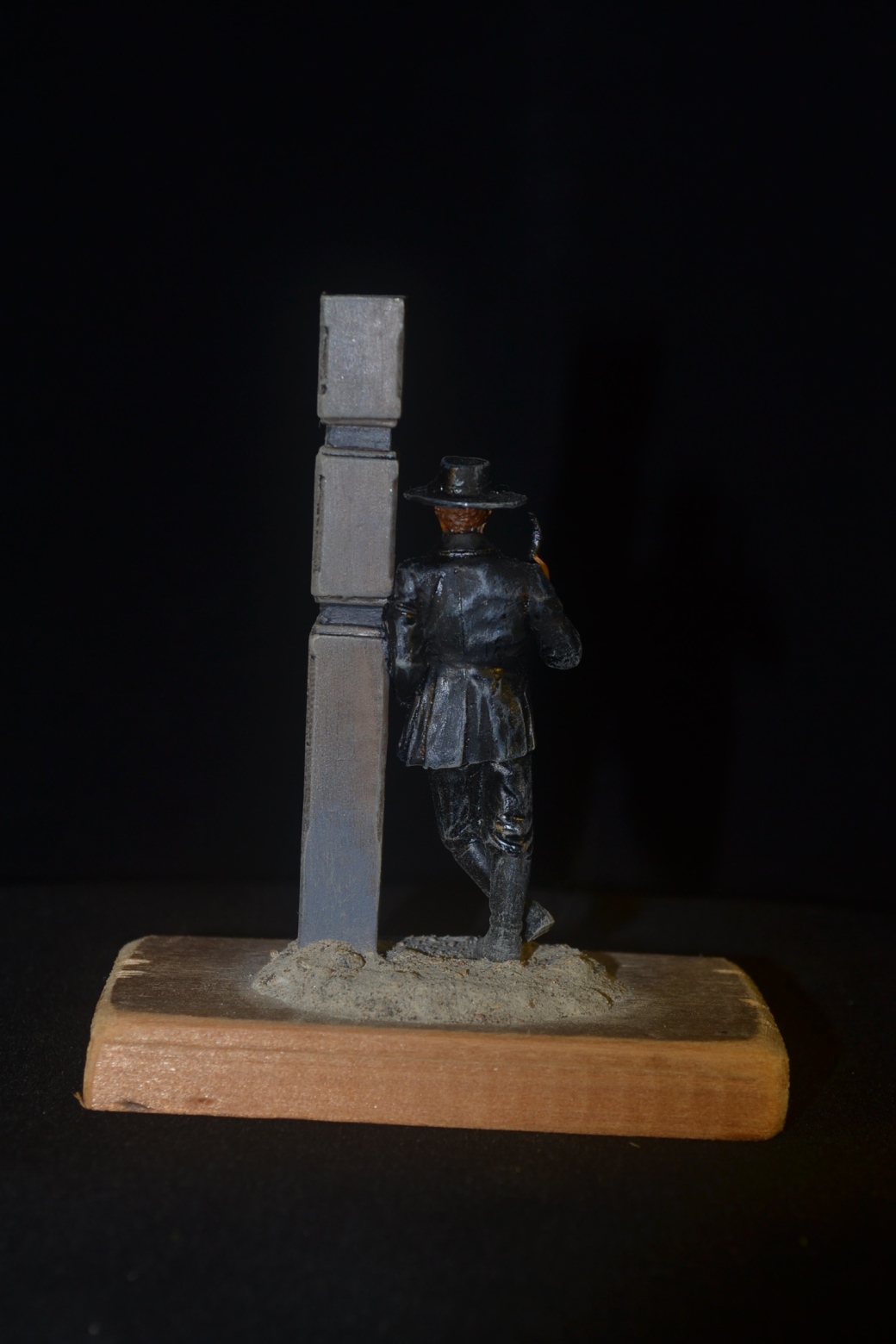 I was planning to do a separate post on my plans for 2021 only to decide it wasn’t worth the bother.  Don’t get me wrong I have plenty of ideas and things I want to do but the reality is I have very little control over making them happen as proved last year!

The New Year will be eventful I am sure.  The family world of TIM has a lot going on this year but will any of it go to plan?  Being realistic I doubt it, the early signs are not great.  Take modelling for example, unless the date is put back, it is hard to see Salute taking place in April but maybe there is a chance that Telford might in November.

One way or another the family and I will muddle through in the best way we can much as we and everyone else did last year and whatever does take place, be it modelling or otherwise, will doubtless be revealed through this blog.  We will therefore play things by ear.

I did however set myself one key objective which if achieved will allow everything else to slot into place.  To live.

Last week saw the completion of a small batch of American Civil War confederates but as rightly pointed out by Wudugast I omitted to include a group shot. 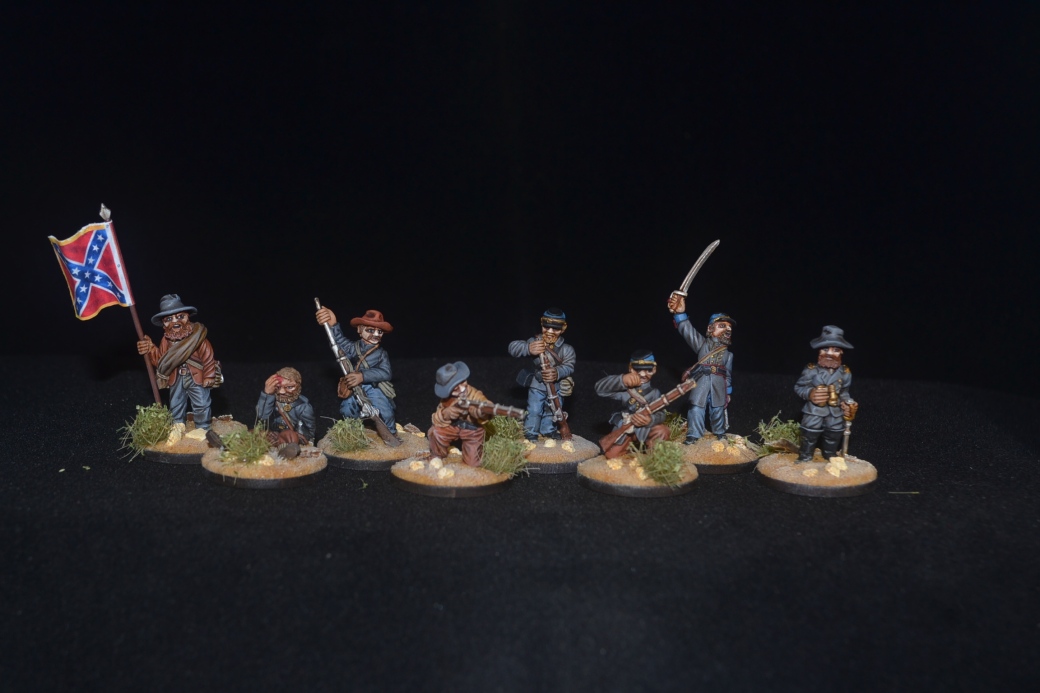 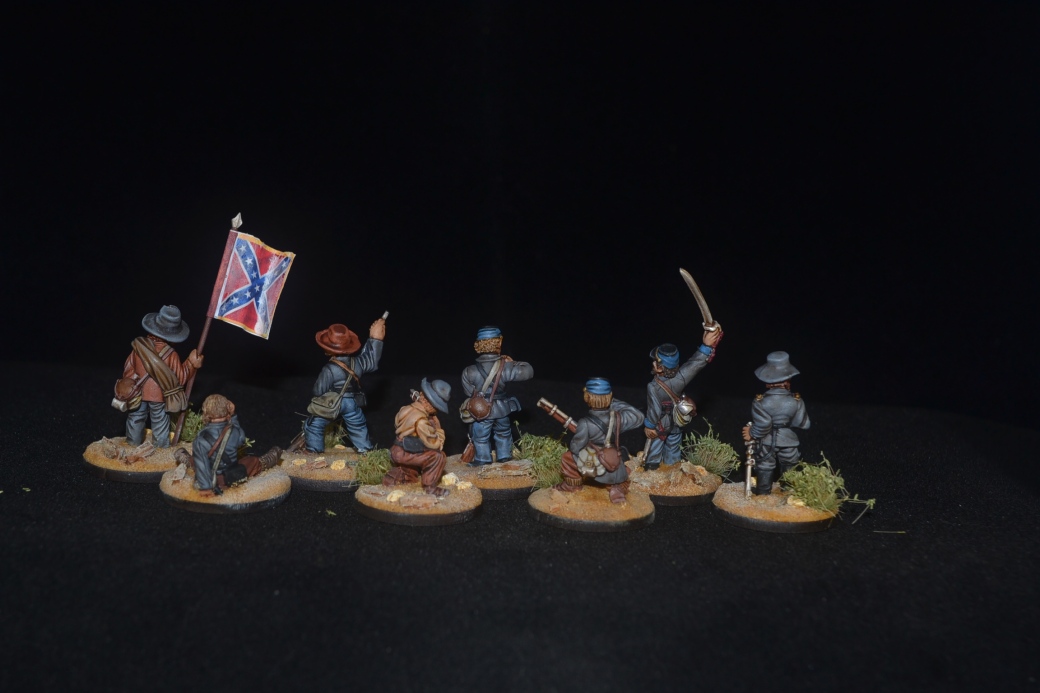 A very controversial one to kick off the New Year and one if you are interested in that will get you putting your thinking caps on.  I very much doubt we will get much agreement on this one.  In fact I even argued with myself knowing that I have cast aside so many fantastic music scores from so many great films.  I have barely scratched the surface with this topic and if the truth be told I’m not entirely sure how I came to these five.

“California Man” by the Move.  Roy Wood and Jeff Lynn at their rocking best.  I just love that saxophone.  This track came out in 1971 when I was 14 and still at school.  I will always associate it with a school field trip to the English Lake District when some local lads made some unwelcome advances to some of the girls from our West London school.  To the annoyance of our teachers we boys had a word or two with the locals and thereafter we became the girls shinning knights.  The day culminated in a party atmosphere in the youth hostel where we were staying which had a jukebox in a cellar room and this track was played over and over again.  Happy days.

“The Amazing Spider-Man” – starring Andrew Garfield and Emma Stone.  Was in the mood for a dip into the world of Marvel comics and Spider-Man is one of the best.

You know when you are getting old when one big fart can put your back out.