For the moment I suddenly I seem to have found myself fixated on a genre that I did think I would ever find myself interested in – Fantasy!  I’m not entirely sure why this has come about but three things spring to mind.  Firstly, I’m really liking the detail on the Reaper figures and because I wanted to try to crank up my painting skills this has really helped.  Secondly, I’ve been more than a little impressed  by the work of fellow bloggers in this area.  Thirdly, it’s nice to use a multitude of colours and not be restricted to uniform paints.  I’m not sure how long this interest will last but I’ve got another half a dozen figures to do and have my eye on at least another dozen or more so I’m not finished just yet.

Metal Reaper figures aren’t prohibitively expensive but neither are they that cheap either.  Personally I think they represent good value for money but the quality of the figures are deserving of a little more effort on the base work.  Hopefully I’ve achieved that with this one.

Not a great deal to say about the figure itself.  It’s a great sculpture in my opinion and it was a joy to paint using a combination of oils and acrylics and, in the case of the sword some free hand yellow and green hatching.  I particularly liked painting the many folds, a great opportunity for some shadow and highlight painting.  For the base I settled on a rugged rocky staircase look, obscured somewhat in the photo’s, with a little snow added for no other reason than I wanted to!

I was in two minds about this one for the July challenge but decided to stick with my original plan which I think will prove to be the better centre piece.  Details for that one will appear next week. 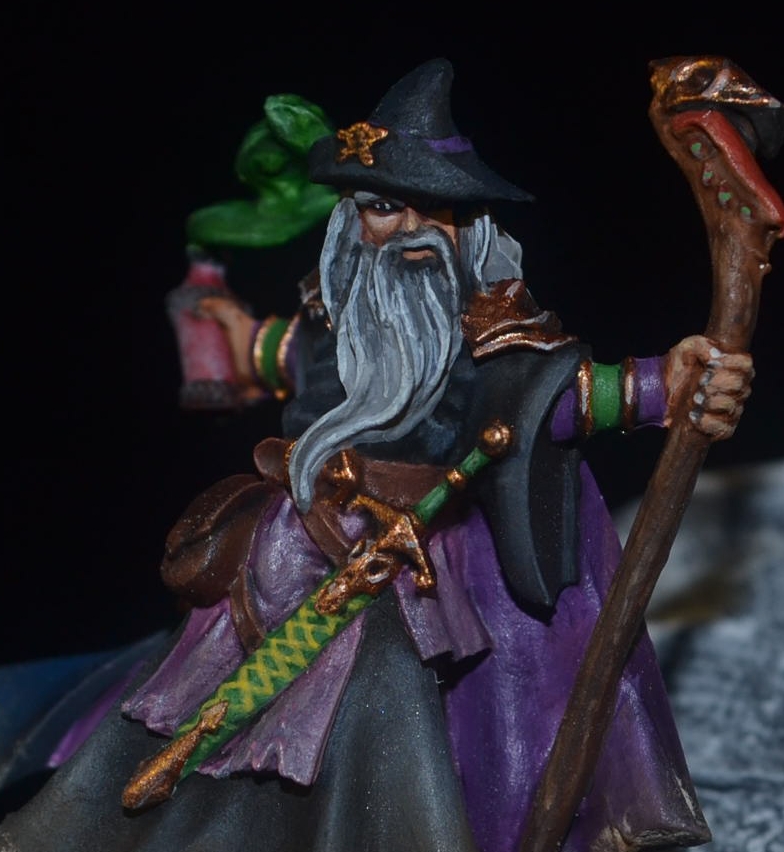