Work continues nicely on my WW2 Diorama – Operation Overlord but as anticipated there is significant down time as I wait to for things to dry before I can continue to the next stage.  This down time, which will be ongoing during the build, will enable me to complete some outstanding figures starting with the remaining Reaper figures that I have.  I think I have two to do after this one, although do have plans to buy more!

According to the Reaper site:

“Reaper 25th Anniversary miniatures are one offs, when they are sold out you’ll not get your hands on them again”.

So I bought one, painted it, based it and here it is!  I rather like the faces which appear in the green magic floating out from the book.

The book, table and candles were scratch built and I used a Greenstuff World rolling pin to produce the cobbled floor.  The table was made from a rustic piece of wood found in the garden for the leg and a button from She Who Must Be Obeyed’s sewing box for the table.  The book was just folded pieces of paper with a little bit of freehand script.  The candles were made using small cut off pieces of paint brush plastic tube protectors stuck to a circle of card made using a hole punch.  Twisted wire was then pushed through the circle of card and up through the plastic tube to create the wick and then the tube was filled with filler and left to dry before painting. 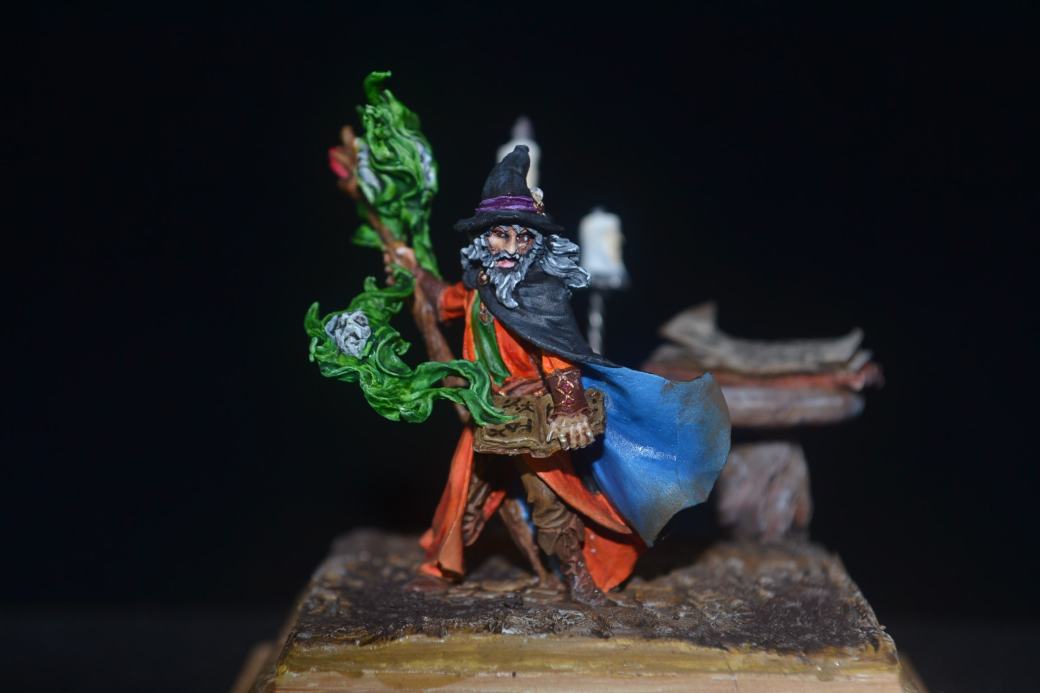 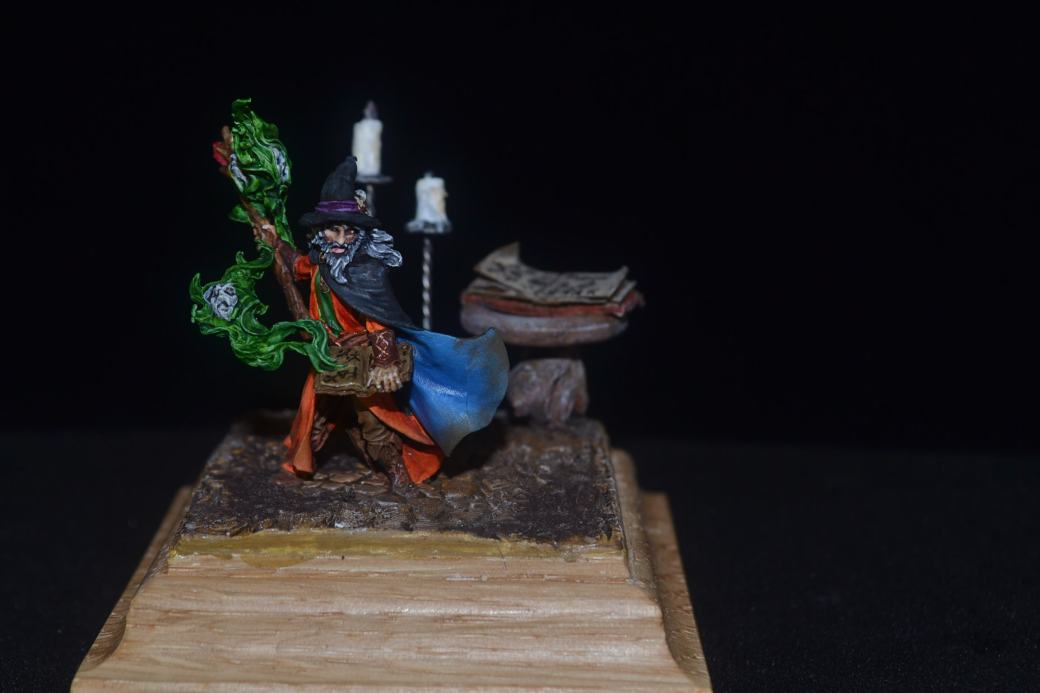 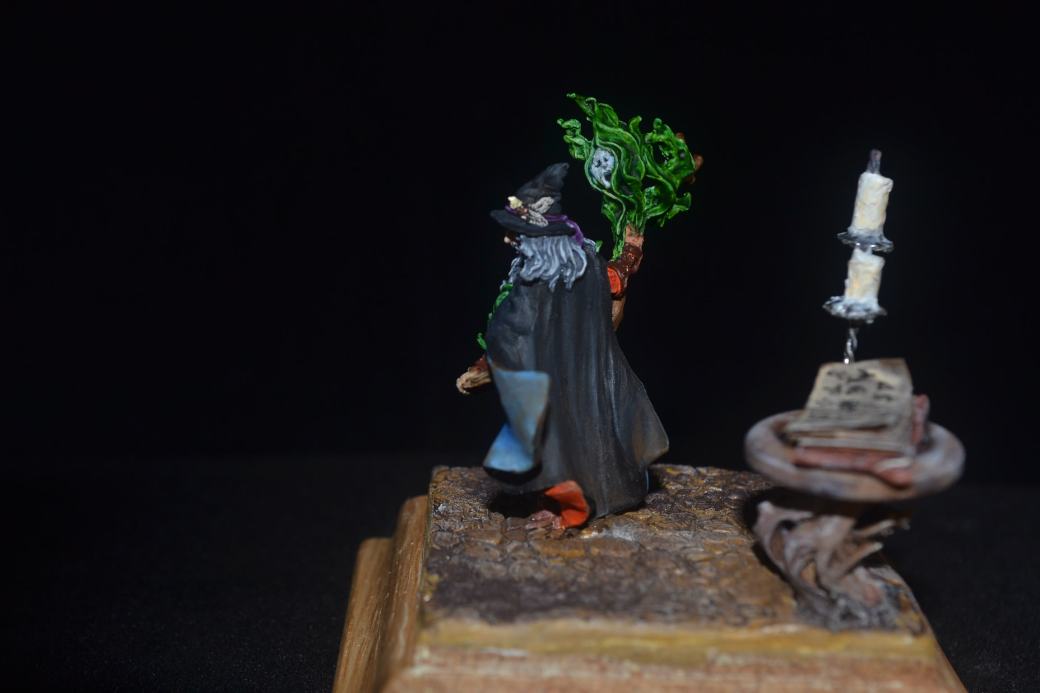 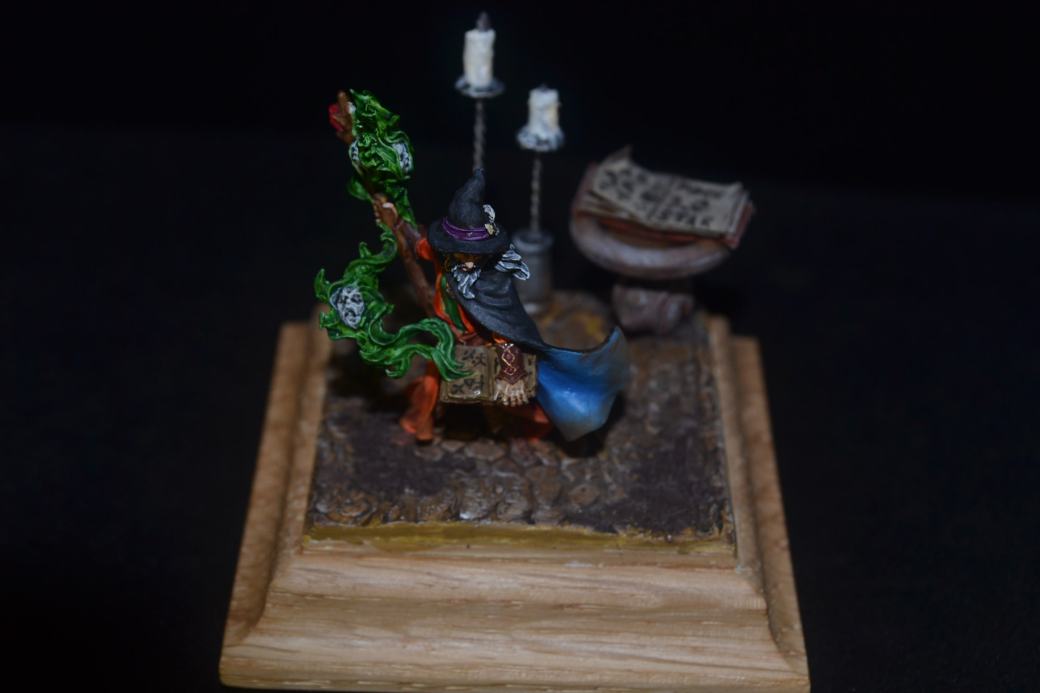