As very much predicted the weather this week has been dreadful.  Thank goodness for having an indoor hobby that I really enjoy.  Without it I think I would be suicidal.  All the time I was at work I cannot say I really noticed what was happening outside but after many years of retirement and the weather getting progressively worse year on year it has become significant to my well being.  If I could only convince She Who Must Be Obeyed to do so I would move to somehwere with a better climate.  Hey ho!  Still, on the positive side of things I managed to get this little model complete.

Having built the roof all I was really left with was painting and some minor assembly.  The tiled section was finished and stuck to the back and sides of the roof.  Using some galvanised mesh I created an ornamental top to the roof ridge.  The chimney stack was also glued into place. 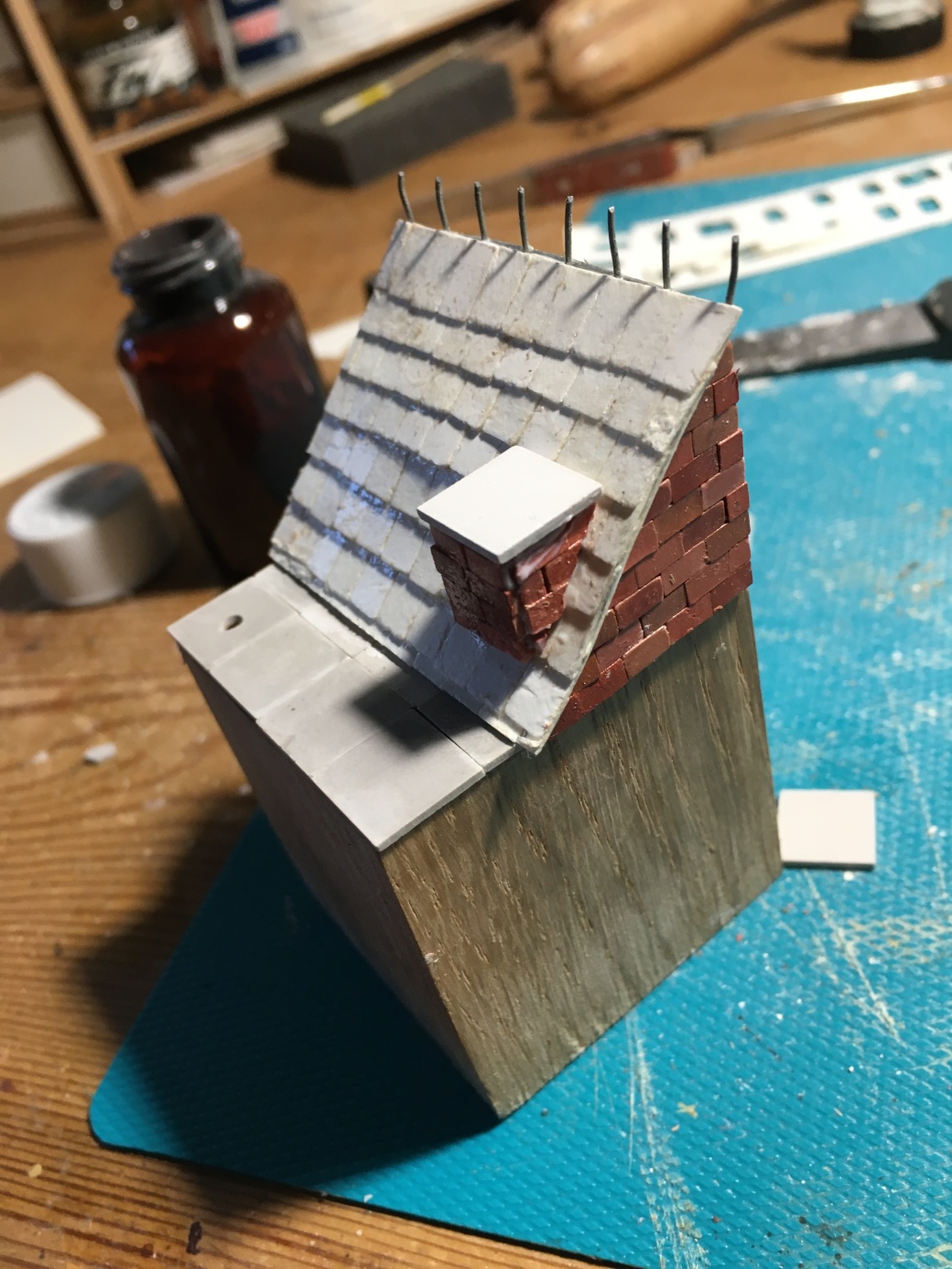 The next job was to prime and get a base colour onto the roof tiles. 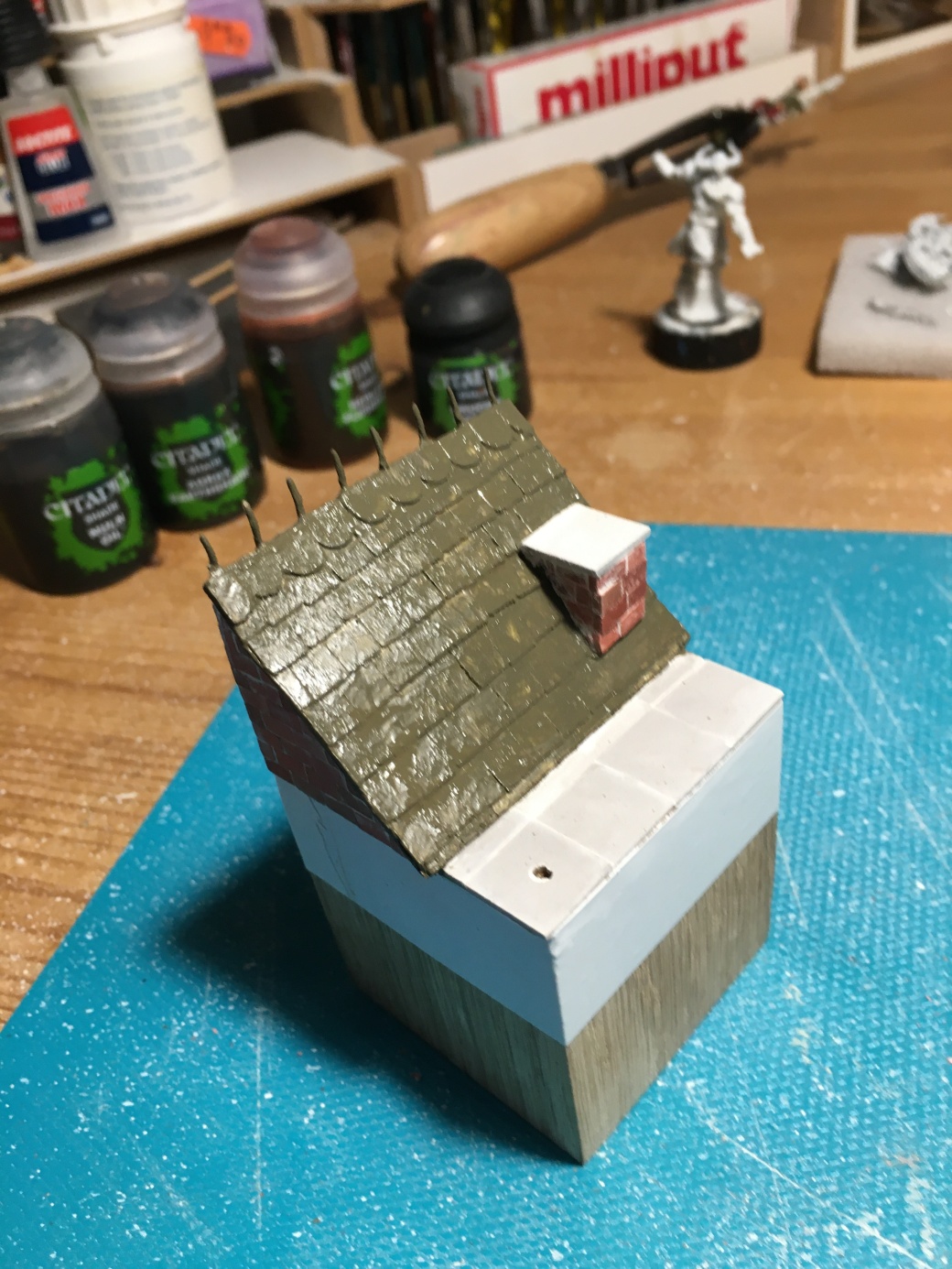 Once dry it was time to start the actual painting.

With the roof as good as done attention was directed to the figures.  “Mary” was more done than I realised but I added a few more highlights, barely noticable from this photo but a little clearer on others, and fixed her umbrella before attaching her  to the chimney. 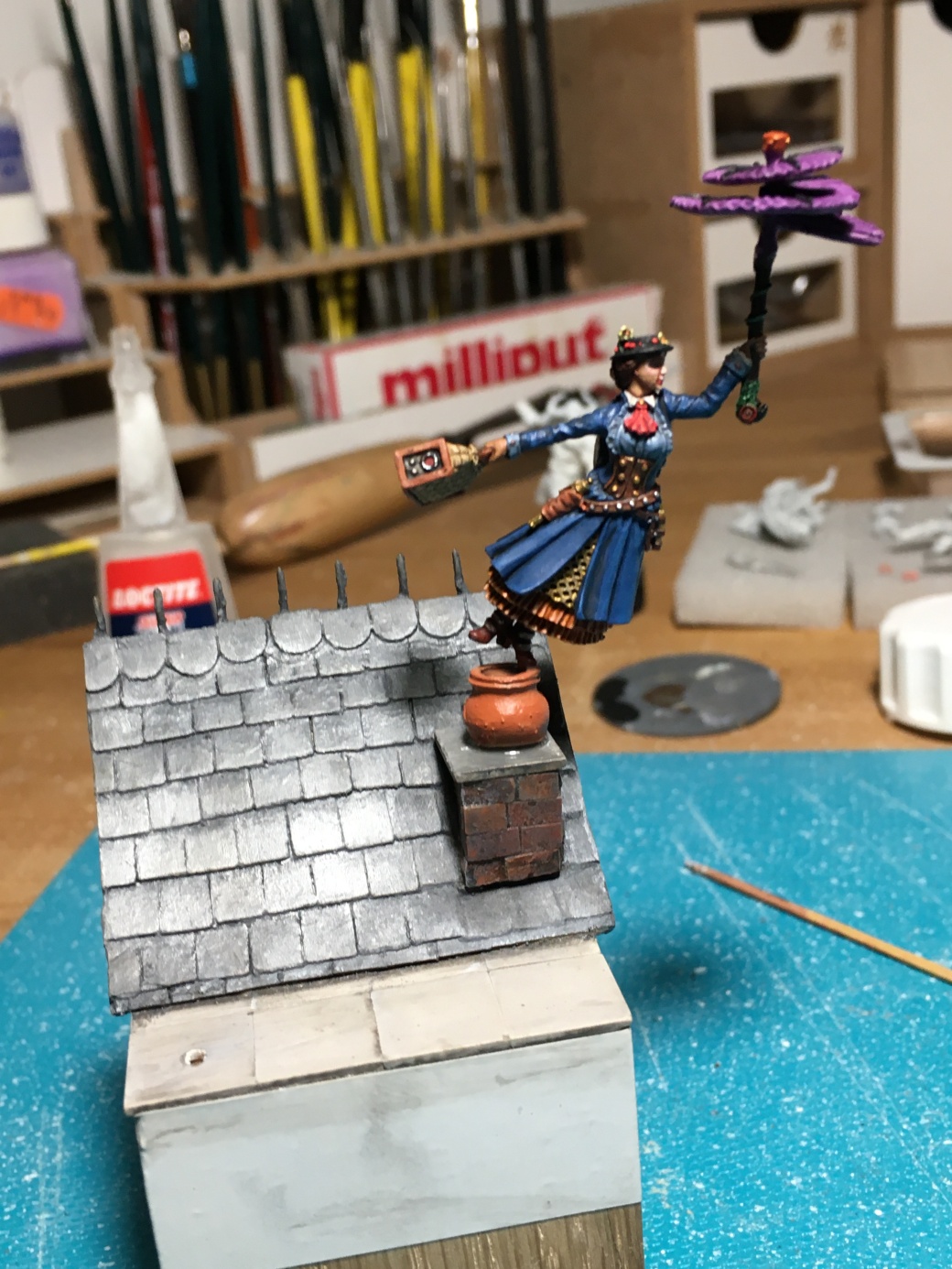 Then it was time to paint “Albert” and eventually add him to the base. 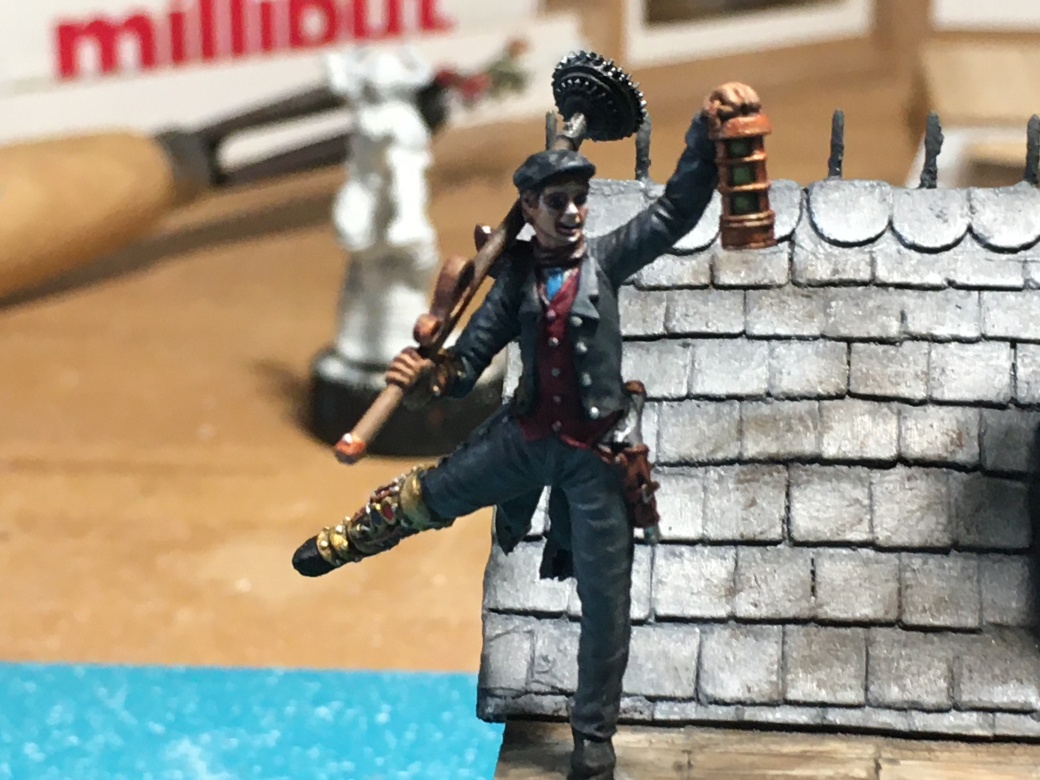 All that was left to do was add a clock face to the base and take some final photo’s.  This wasn’t part of the original plan but I decided the front of the base need a lift and the clock added to the Steampunk image. 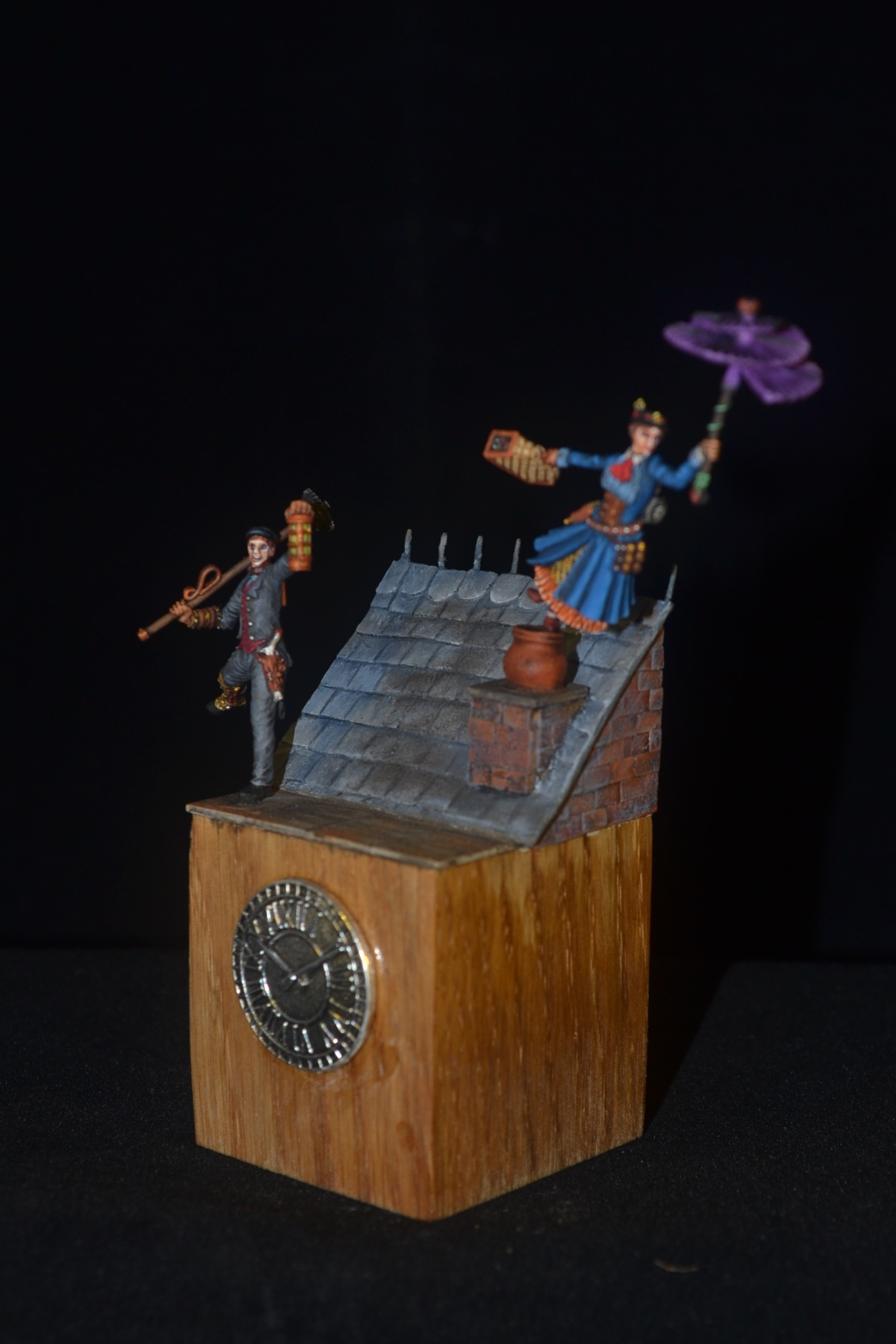 So there you have it.  My first and I suspect last foray into the world of Disney.  Time now to take a look at my “To Do Pile” and decide what to tackle next.