This model features the Tree, Flat Bed River and New England Bridge that all featured in previous posts.  All finally coming together in this completed diorama.  I still have this one out on display as it is one of my favourites.  I hope those of you seeing it for the first time like it too.

Much of which I could say about this diorama has already been covered in earlier posts under the header “On The Work Bench” so I wont bore anyone by making further reference to making the tree, the covered bridge and the small section of river.  That said more than happy to answer any questions on the subject.

The diorama itself is meant to depict confederate infantry men making way for the limber coming through and hopefully that comes across.  The figures are once again all from Dixon Miniatures and apart from adding harnessing to the horses and limber are as purchased.

Assembly on this scale and with quite a few pieces proved a little tricky but I got there in the end! Various scenic details were added, most notably the grass which was applied using a static grass applicator. 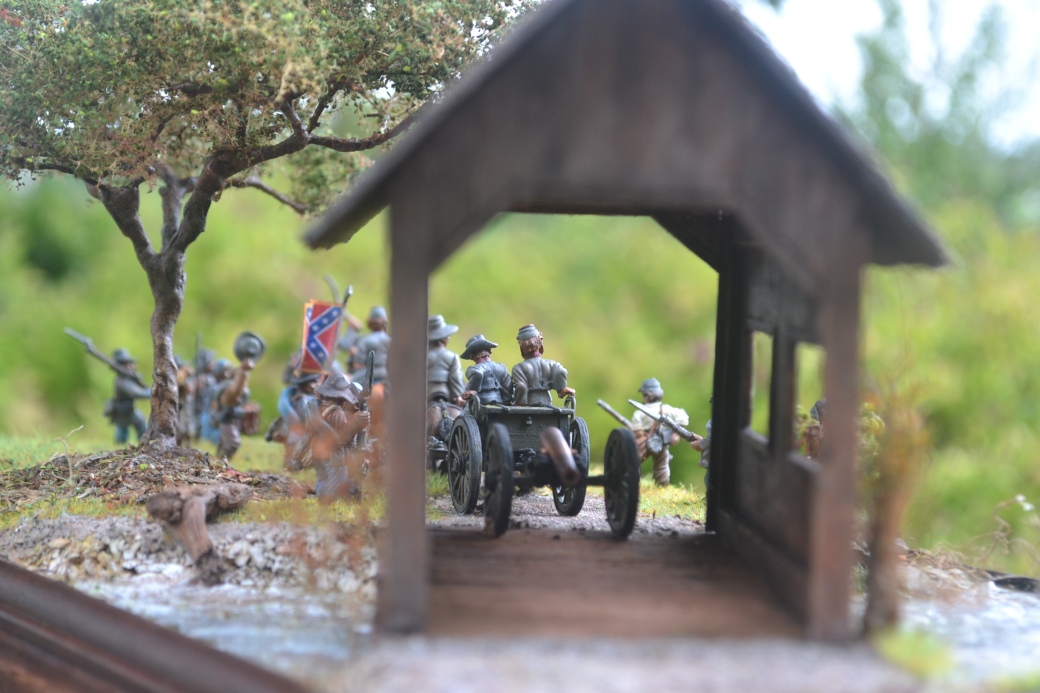 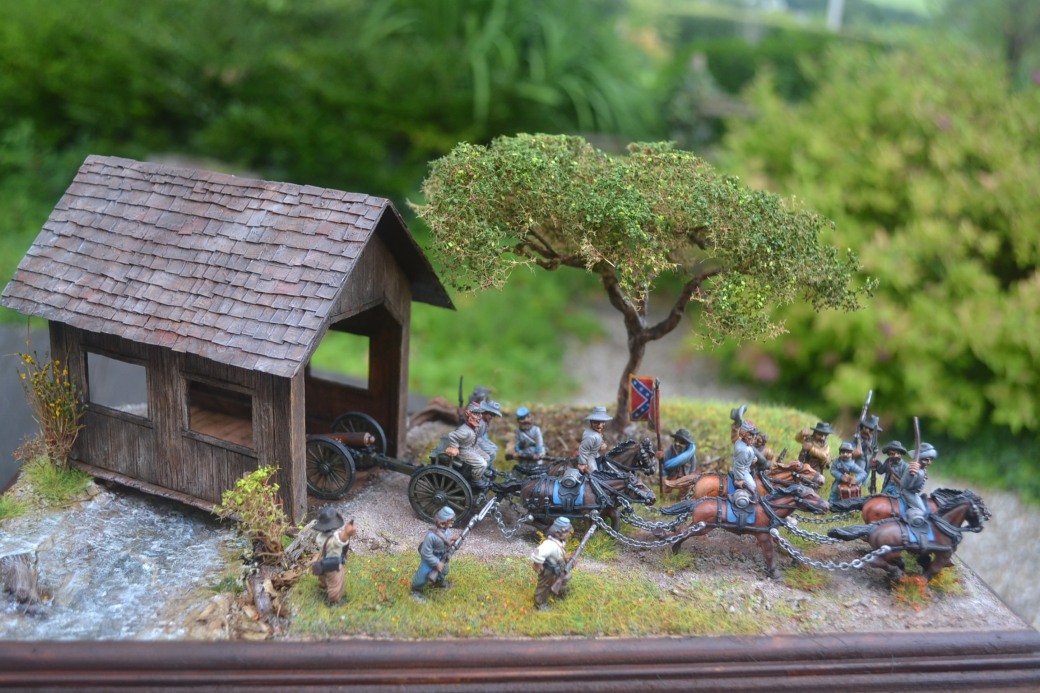