I have begun working on another of my 28mm Twisted Miniatures, this one goes by the name of Alice and is a Steampunk version of Alice In Wonderland.  I cannot claim to be a fan of either the book or film(s) but as with my recent Disney Steampunk model “Chim Chimney” this one gave me some ideas.

Inspired by some of the images on the Twisted site I thought I would try and create a little model featuring some of the things I knew about the character and the story.  I knew a mirror needed to feature along with some playing cards and a chess board so I began to set about the build.

Using some old watch pieces I created the name of Alice for the front of the base. 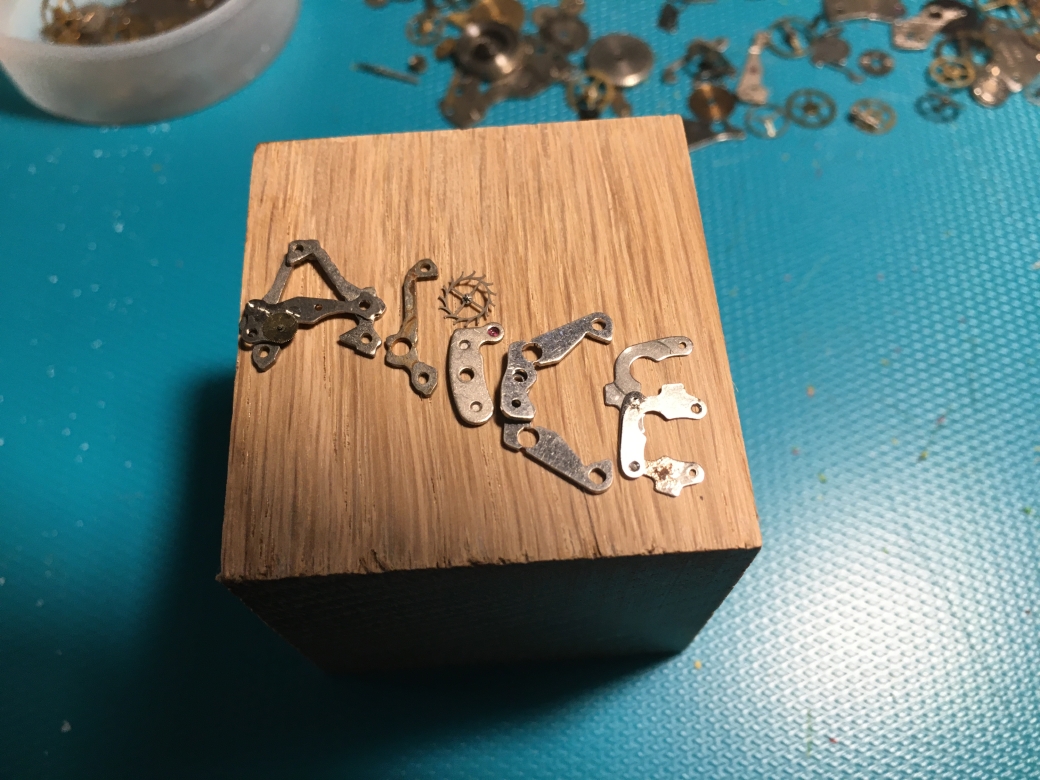 Some tiles found in my scenic storage boxes would be used to create the chess board.  Holes were drilled to take certain pieces later on.  The broken tiles will be covered when the model is complete.

Painting the tiles and sticking them down soon got underway.  Such is the state of my memory that I need to have a yellow postit to hand to highlight that the tiles needed to be layed down in a black and white sequence!  In fairness I had to make sure I got the pre-drilled tiles in the right place.

A few more little features being worked on but whether I will use them all remains to be seen. 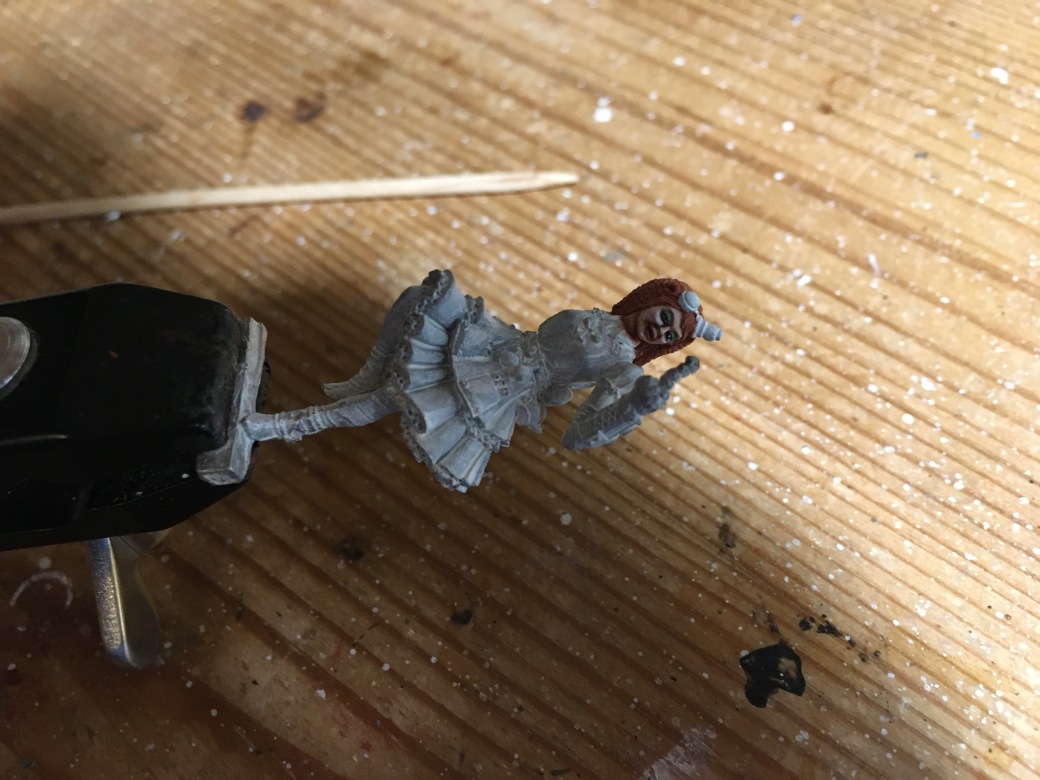 Pending how things go and how distracted I get by something else I have now started will determine if this one gets finished next week.