I have only ever done two boxed dioramas.  My second was “The Wizard’s Library” which some of you will be familiar with.

My first was an old western saloon.  As with most things you learn from experience and I gained a great deal from this build.  If I can find some more boxes then another diorama will be a must.  Both were so much fun.  Just not very easy to photohraph though!

This week has been a planning week with little being done in the way of actual modelling.  The simple reason for this is that I’m waiting on a number of things to arrive in the post.  When they do arrive my time will be dedicated to WW1 and RAF figures.

In the meanwhile I’ve started to look at how to go about constructing my Old West Town diorama.  I wont be starting it for a while but there is a lot to think about and a lot of figures to identify and purchase.  It’s also intended as a project which will last a long time.  One of the things I would like to do is install lighting to some of the buildings and with this in mind I revisited a boxed diorama that I put together a while ago.

The idea of a boxed diorama appealed to me when I saw one at a show I went to.  Keeping with my Old West theme I knew I wanted to do a western saloon scene but the first stumbling block was finding a suitable box.  Eventually I managed to find one on Ebay (see below).  An inexpensive purchase with windows at the top and front of the box.

Having acquired  a suitable box it soon occurred to me that I had a few obstacles to overcome.  Firstly, I didn’t need a window in the top of the box.  Secondly, although finding figures proved straight forward (Dixon Miniatures once again came up trumps) many of them came on bases which needed to be removed without damaging the figures feet otherwise they wouldn’t look right standing on a wooden floor.  Thirdly, I needed to get my head around how to make the lighting work and finally an issue I had originally completely overlooked, composition.  It’s not that I don’t normally give composition a lot of consideration because I do, it’s just that I soon realised with a box diorama you only have one view.  The figures therefore needed to be placed in such a way that they can all been seen.  Essentially it’s like looking at a stage theatre.

A very fine saw enabled me to remove the figures quite easily in the end and the lid of the box proved more than sufficient to conceal the lighting and associated battery and wires.  Composition was a matter or trial and error and the window on the box lid was filled with a stiff piece of card of an appropriate thickness to which was added a poem.  Yes, a poem.  In a moment of inspiration I came up with a few choice words which essentially tell the story of the people in the saloon.  If you cannot read it from the images below then it reads as follows:

When The Sun Goes Down

When the sun goes down and the day is over

A pianist playing and a barman pouring

Whiskey and poker late into the night

A winner, a loser, a probable fight

Another day in another town

More of the same when the sun goes down

No prizes for finding all the characters in the box!

What follows are a few pictures of the making of the box diorama with the lights on and off.  Apologies for the quality of some of the photo’s but try as I might I seem unable to eliminate some of the reflective light .  Overall it presented quite a challenge but it should stand me in good stead as I look ahead to my Old West Town diorama. 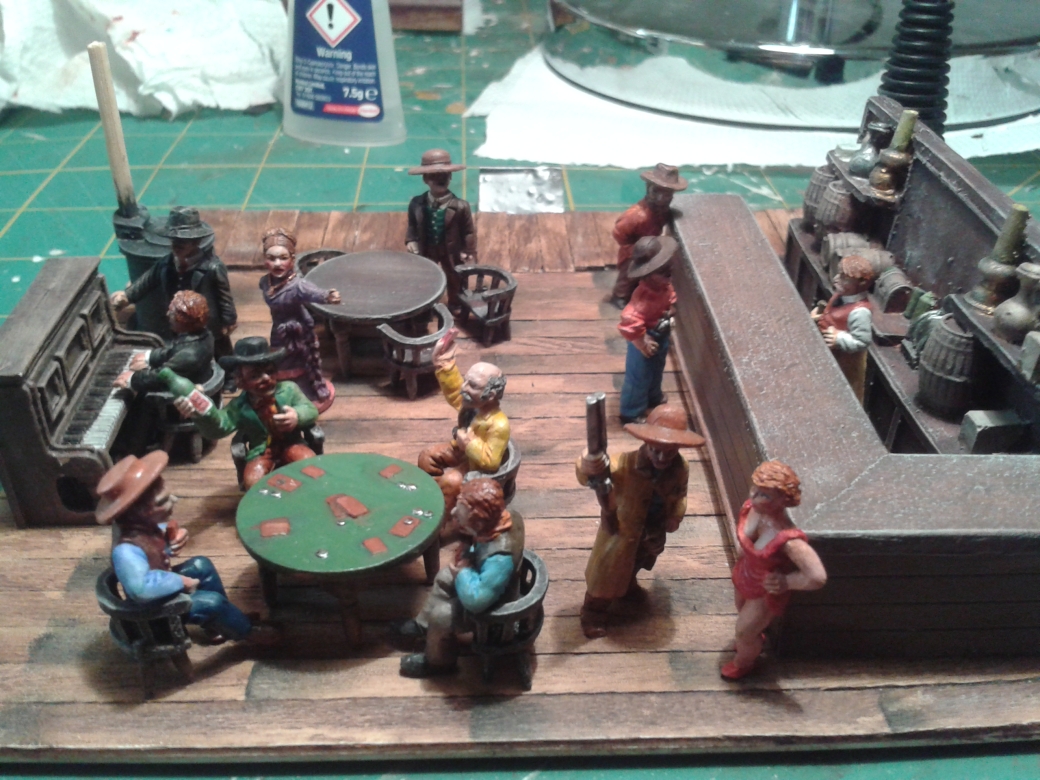 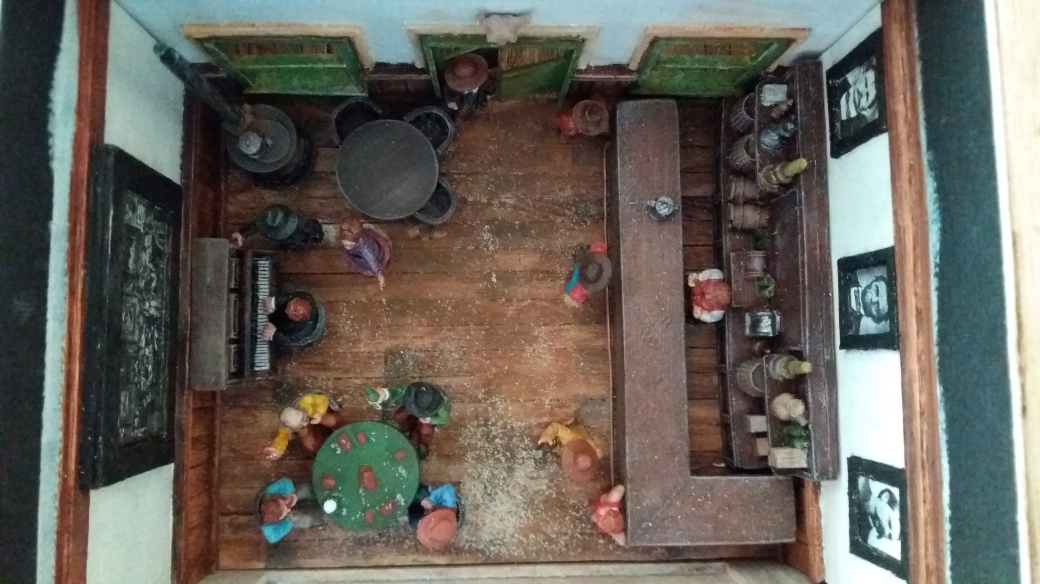 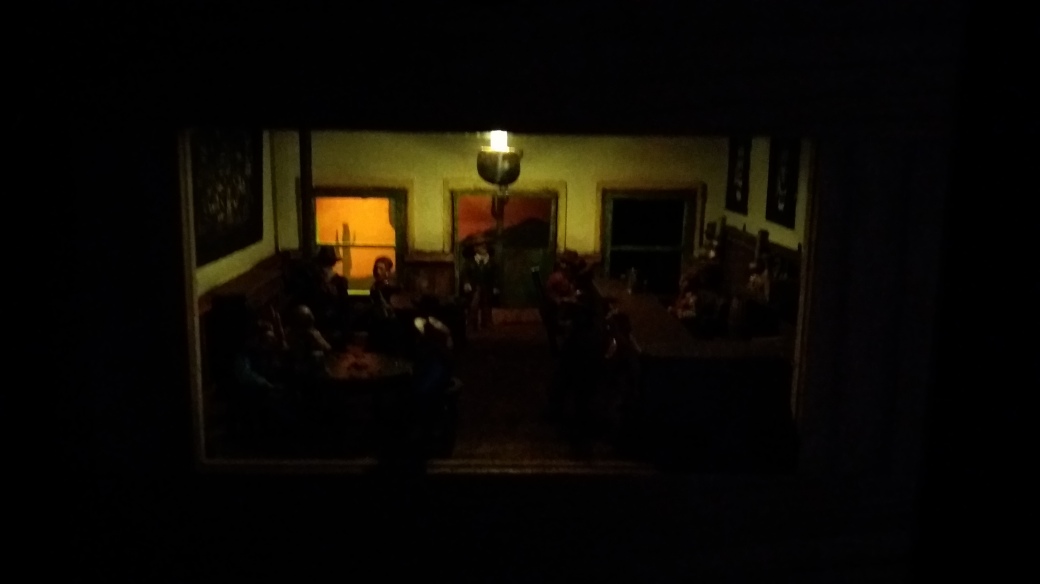