In this post I mentioned that the Attestation papers which appear on the table were real ones and that they had been scaled down and printed.  What I failed to say was that they were my Great Grandfather’s Attestation papers.  I am also reminded that I need to take some photo’s of this model again with a stately home background.  My winter projects are beginning to mount up!

A little narrative on the completed diorama, images of which appear below.

Following the declaration of war with Germany a patriotic call to arms led to mass recruitment the length and breadth of the country.  Recruitment centres were set up just about anywhere with lengthy queues forming outside town and village halls as well as on the open streets. My diorama is set in the grounds of a modest stately home with men queuing along the pathway outside the main gates.

A few observations regarding the construction of the diorama. The recruitment posters are all real posters which were downloaded images appropriately resized. The table was made from match sticks and the red, white and blue bunting from paper. The railings were constructed using wire mesh and simply cutting away pieces here and there. The paper forms on the table are real Attestation papers printed and downsized.  The tree was another wire tree constructed along the same lines as others I have done and which I have covered in past posts.  The shrubs and bushes were constructed using seafoam and leaves from Noch.  The grass edging was constructed using twisted wire to replicate Victorian rope tiled edging often used in grand buildings of the day.

The figures are all commercial 28mm figures from various suppliers and are without any modifications.

Although I’m not creating my WW1 models in the sequence of the timeline I am hoping to create this particular model will be number two in the sequence and is the natural follow on from my “War Declared” vignette which I recently posted.

Images of the completed diorama are below. 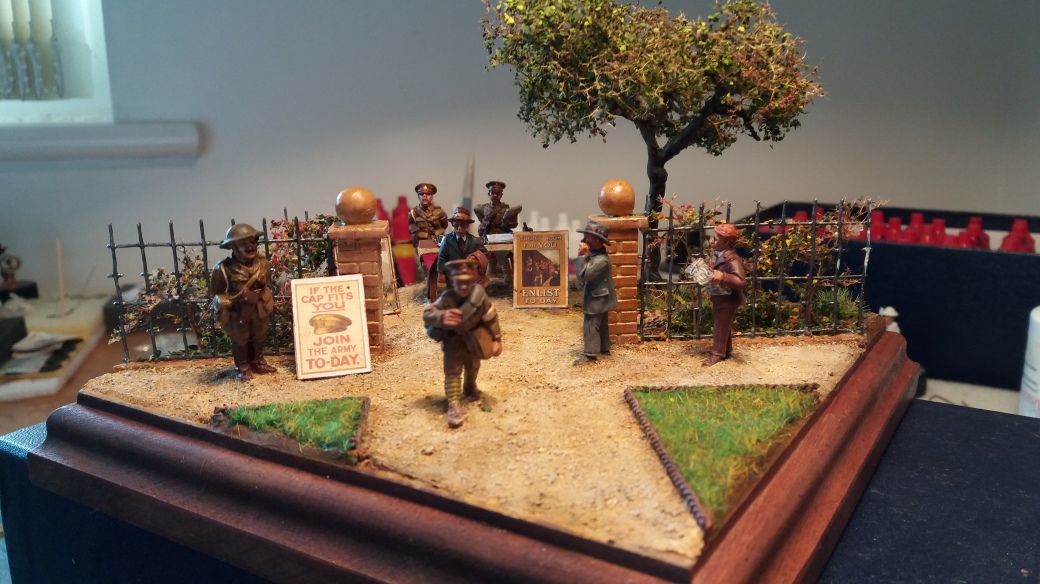 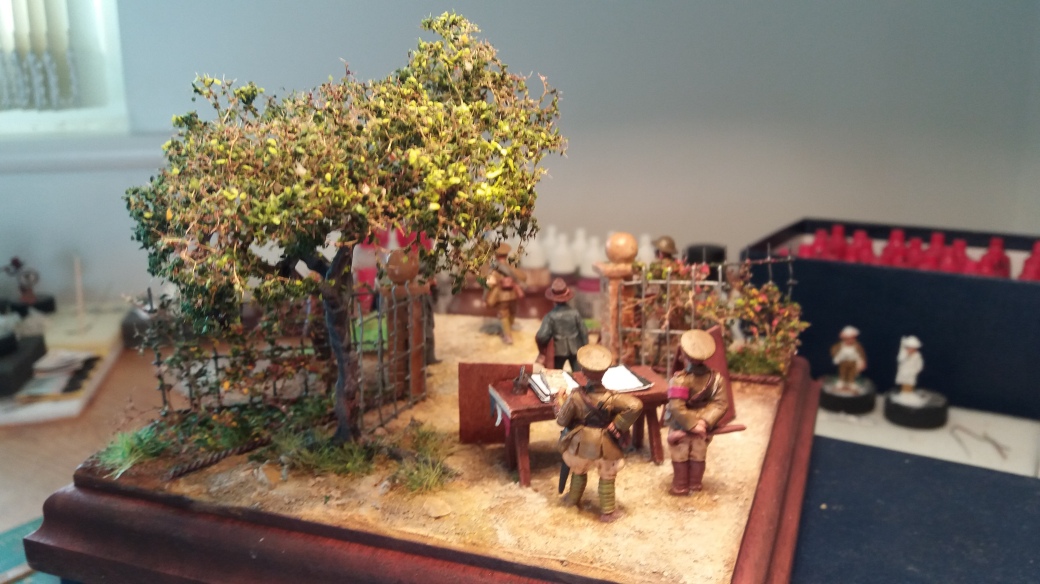