This figure was part of a two figure set from Lead Adventure which was sold under the package name of “Bonnie and Clyde”.  When the figures arrived I really did not like the look of Bonnie at all.  Overall I think the sculpt was fine but something must have gone a miss with the casting because the face on the figure was a little out of sink and there really wasn’t anything I could do about it.  Consequently I decided to go just with Clyde which was by far the better of the two figures any way.

The website images show Clyde painted in white as befitting the real life charachter but as mine would have no Bonnie I chose to do my own thing completely.  I also went with an entirely knew base idea (for me at least) and set the figure on clear acrylic which I sunk a few watch parts into.  Overall I was pretty pleased with how the figure and the base turned out. 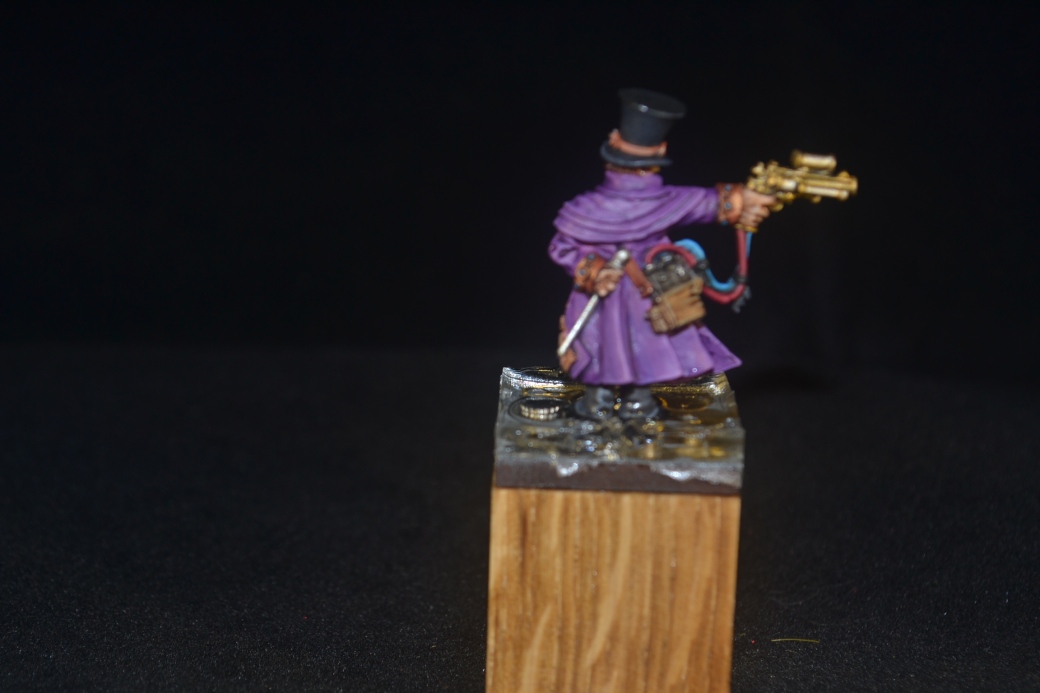 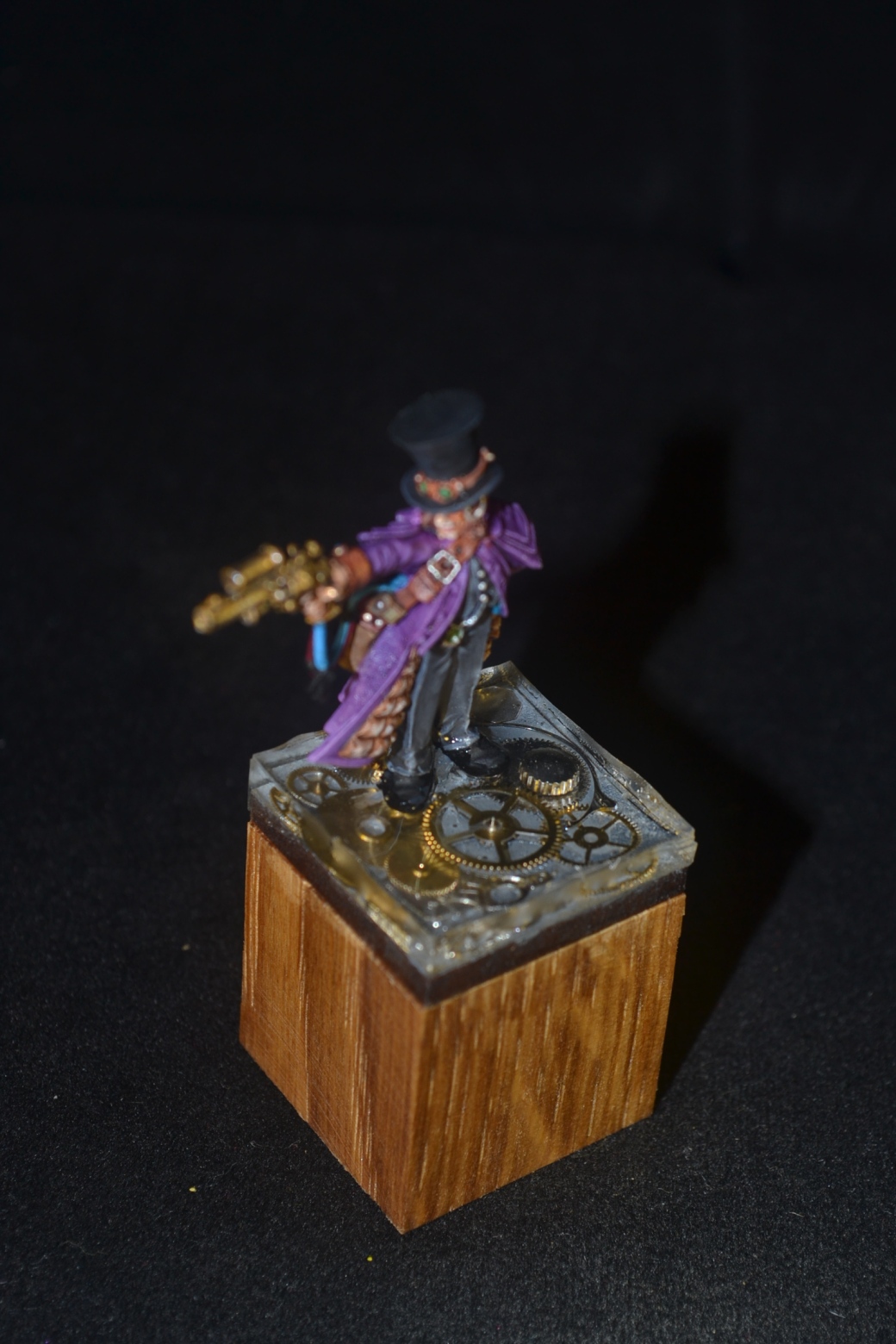