As I have mentioned in previous posts I do like figures which for me have a bit of character and to my mind at least this 28mm Reaper figure, which goes by the name of Vodellis Winterhand, has just that.  If there was an opportunity to do some freehand I couldn’t see it so in many respects it was a straight forward paint job.  None the less I was pleased with how he turned out.

In truth given the lack of empty space on my painting desk at the moment I am surprised he got painted at all.  Generally my work space is neat and tidy and free of clutter  (She Who Must Be Obeyed would argue to the contrary) but I had forgotten how much space and stuff I need out when working on dioramas, not to mention the, mess that goes with it.

Adversity was overcome in the end and images of the little chap appear below. 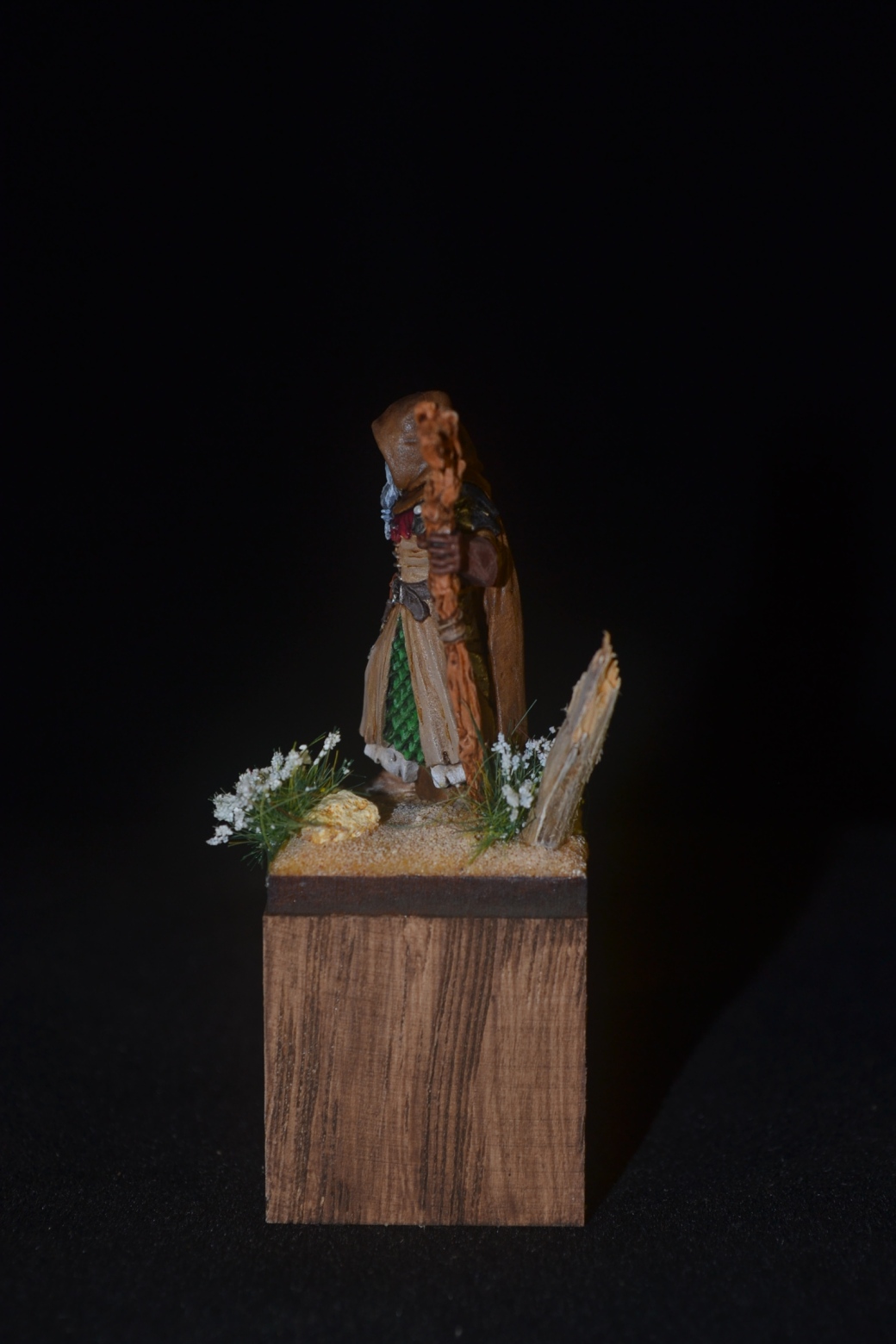