Mounted knights are a bit like buses, you wait ages for one and then along comes another one soon after.  This mounted knight is another with made up heraldry and name.

This particular one takes its name from my dad, Aubrey Green.  Unfortunatley my dad who’s 94 years of age, 95 in October, went into hospital last week having had a heart attack.  He was sent home earlier this week but yesterday was readmitted as he had had further chest pains.  He hasn’t seen this knight yet but I’ll let him see it when he’s fit and well.  Verde if you weren’t aware is the Spanish word for green.  There is no family connection to Spain that I am aware of other than holidays which have been spent there.

The colours of green and white pretty much chose themselves and the “Howling Wolf” heraldry was based on a YouTube video I found searching for an easy to draw wolf.  Credit here must go to “Art Ala Carte” for her simple drawing method which I was able to replicate reasonably well at the first time of asking. 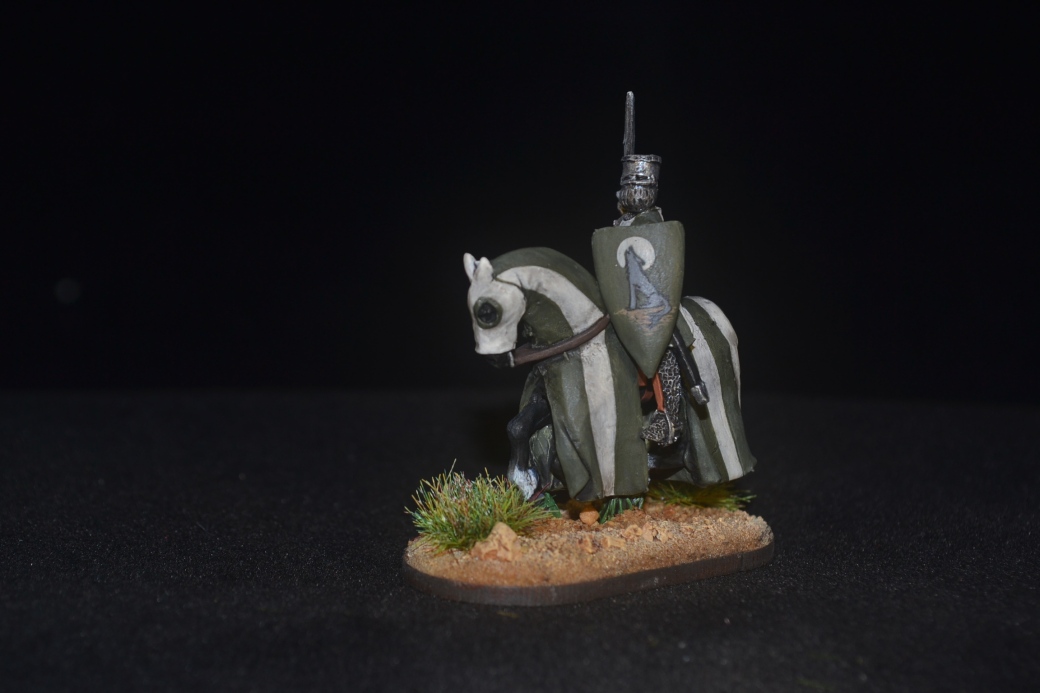 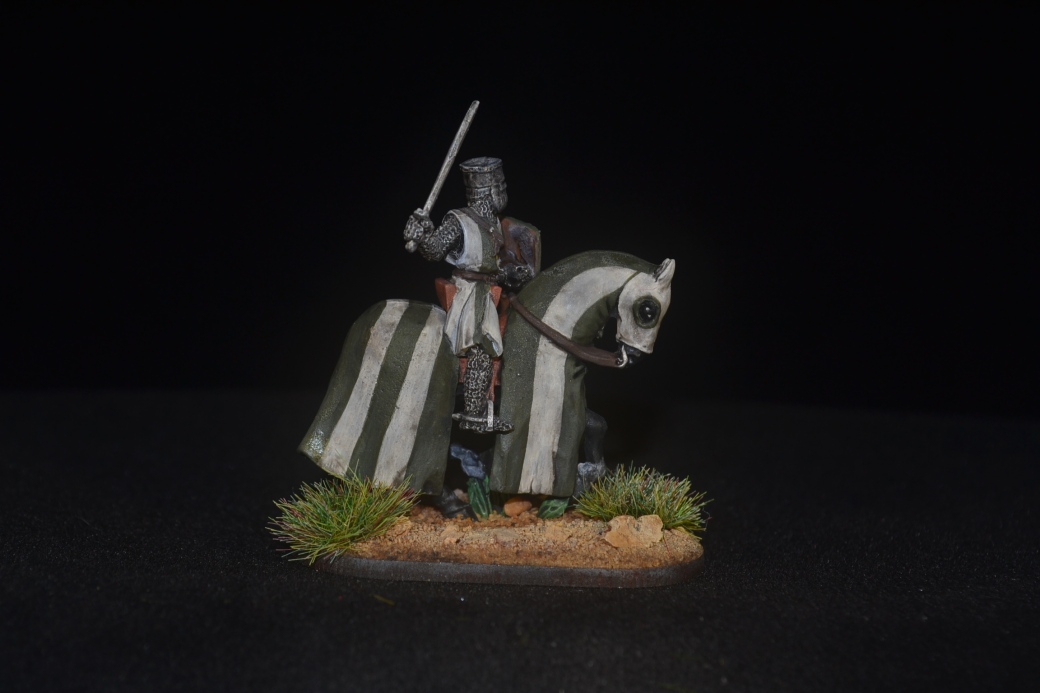 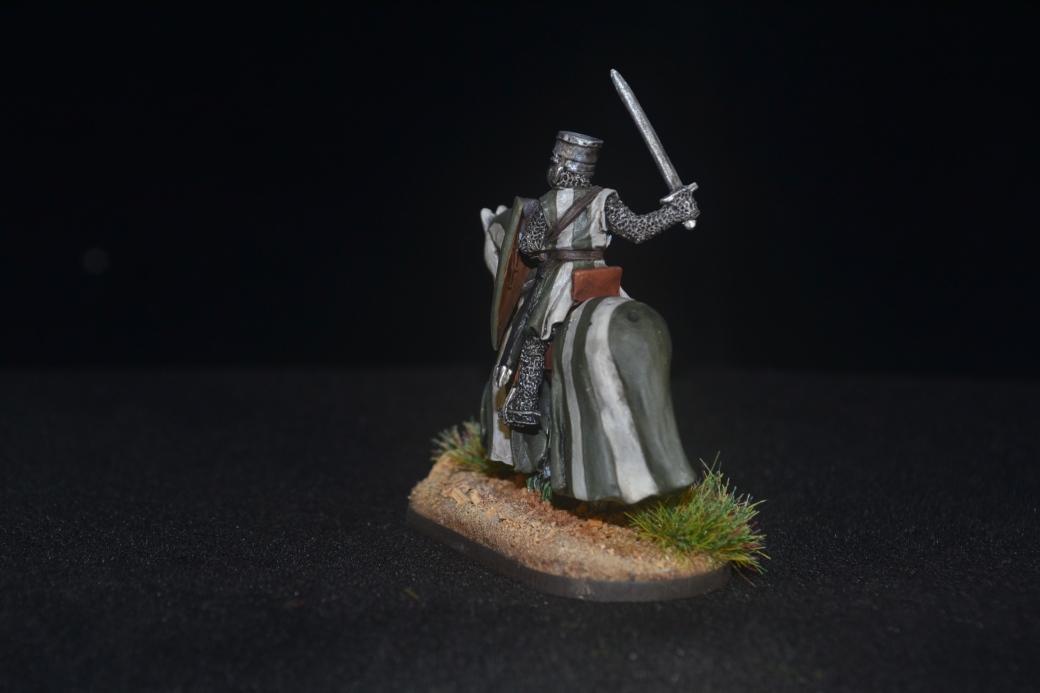