This week sees the return to the Old West era and Knuckleduster Miniatures.  It’s been quite a while since I painted a western figure and it was good to delve back into the genre.  I can’t recall when I bought my last batch of Knuckleduster figures, it was certainly some time ago, and I have a fair few to get done.  I’m not in a rush to do them and the aim is to simply mix them into the to do pile to provide some variety over the weeks to come.

When the Josey Wales figure became available I knew it was one I had to have, not just for me but for my brother too.  A great many fans of the genre consider Josey Wales, the film starring Clint Eastwood, to be one of the finest ever made.  As a consequence the figure was a must buy and paint and I purchased three of them.

My brother has already taken possession of his figure leaving me with the two shown below.  I decided to base one on the same style of base as all the other figures I have done in this range and one on a little oak plinth as I consider it to be “special” figure.  Nothing really to say about the paint job itself.  All painted in acrylics with a colour scheme as close as possible to the movie character.

Personally the figure not on the plinth is the better of the two. 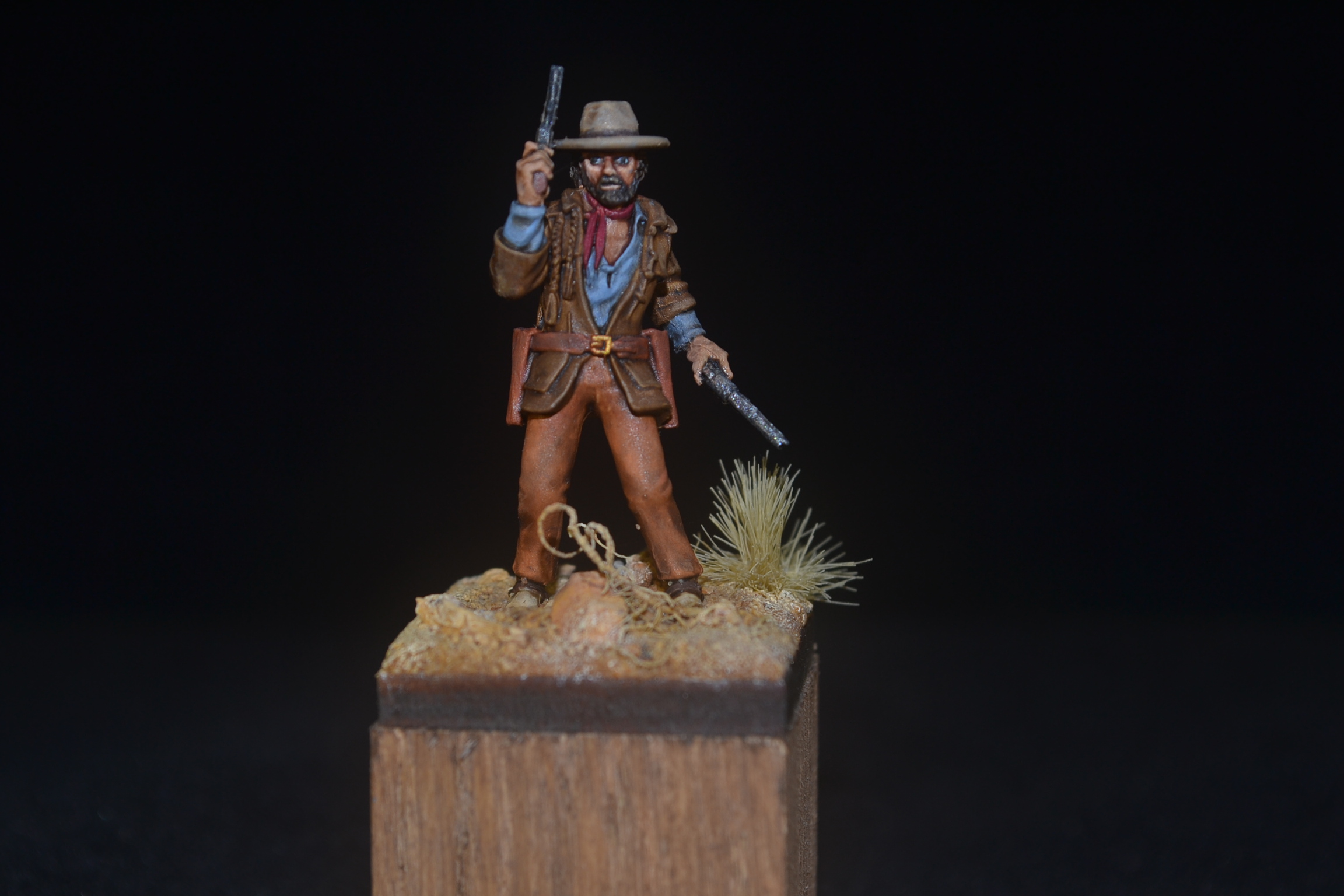 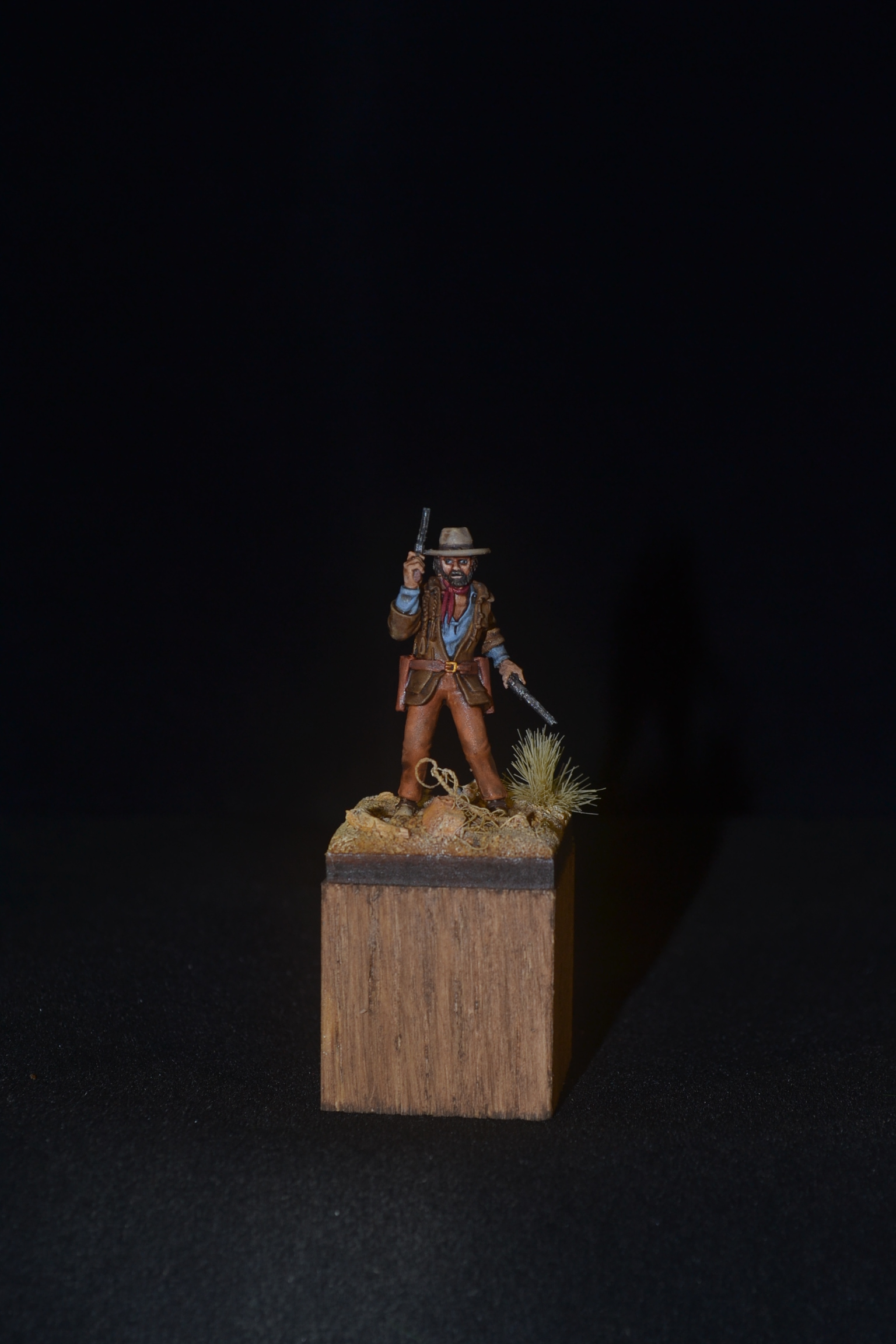 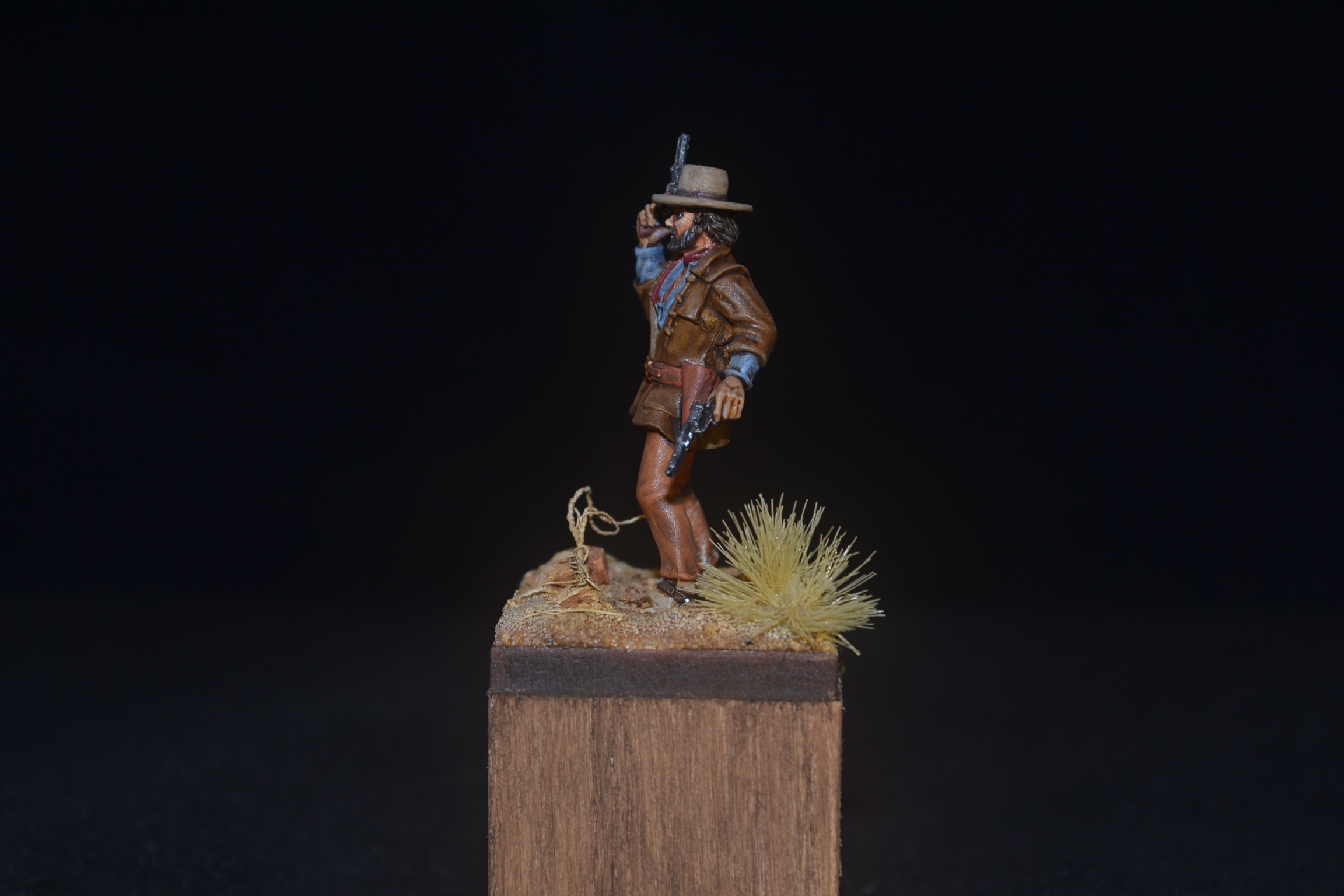 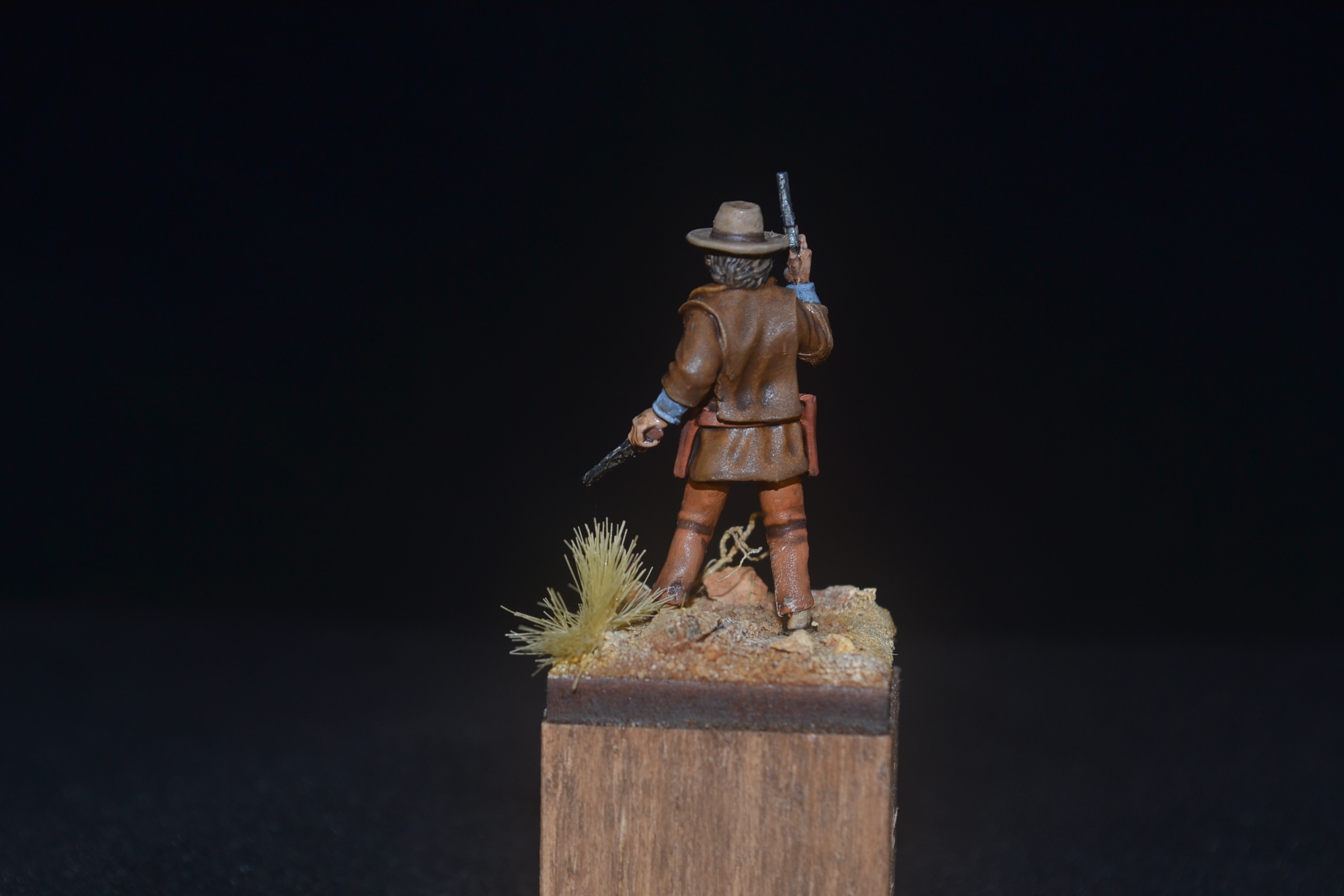 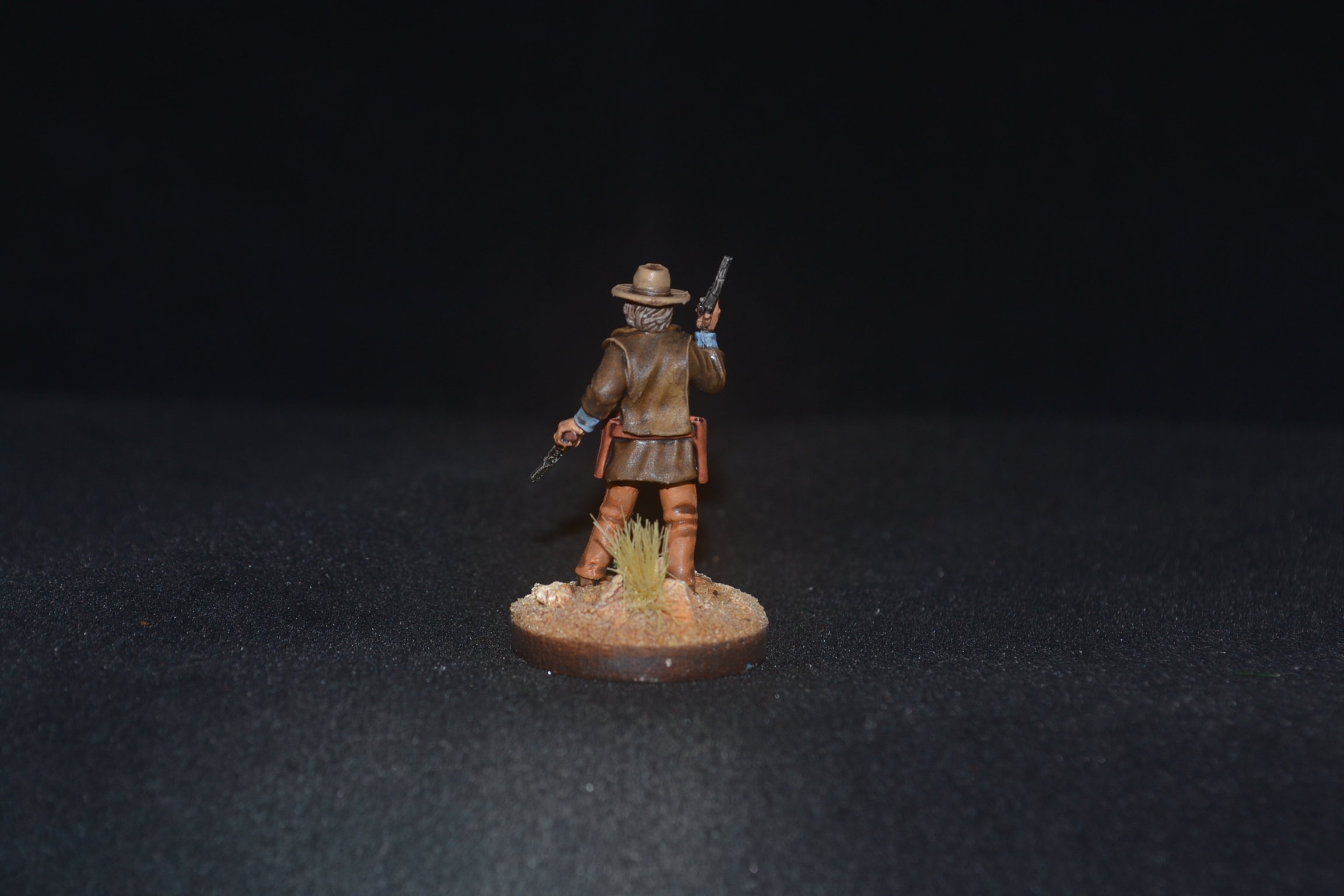 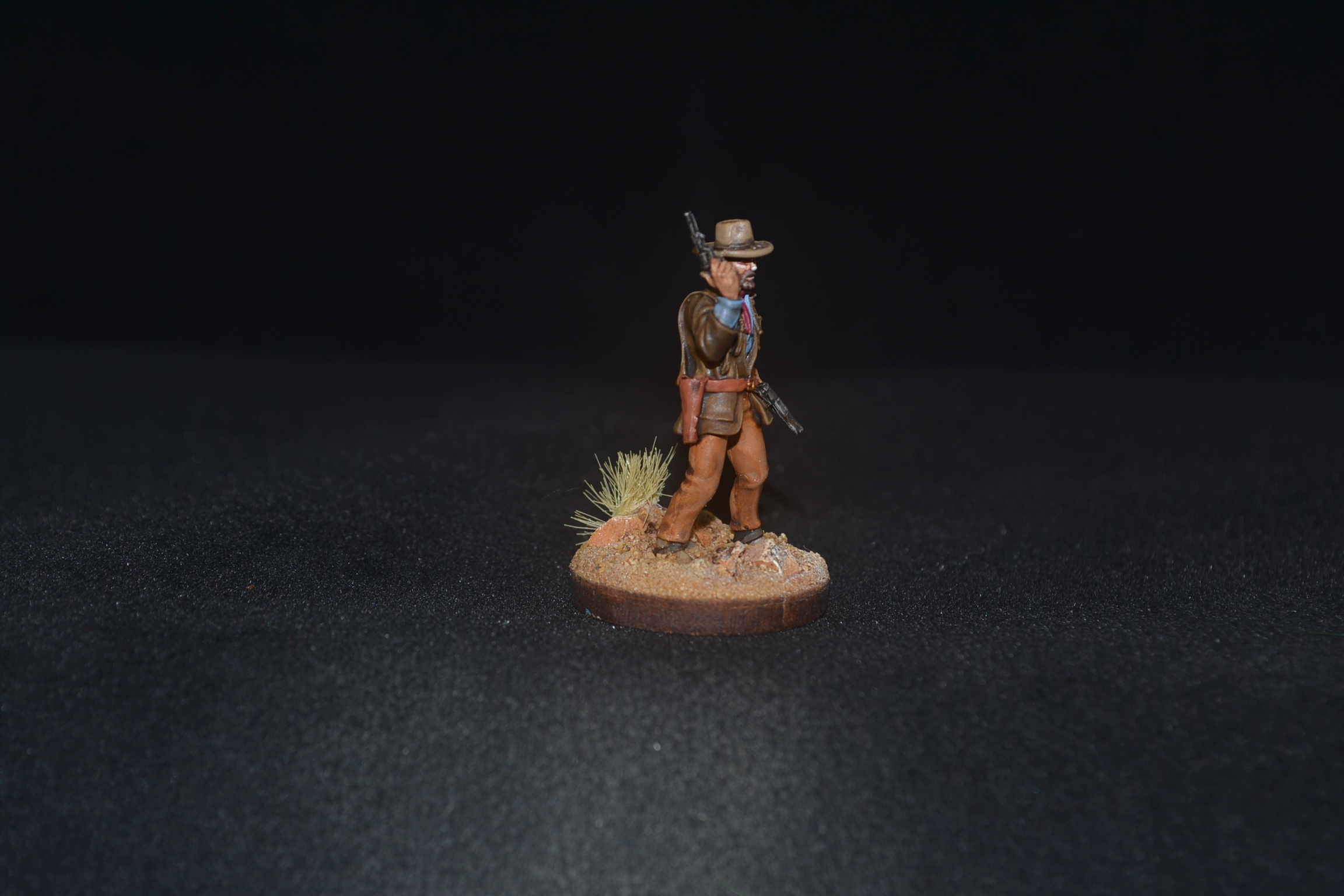 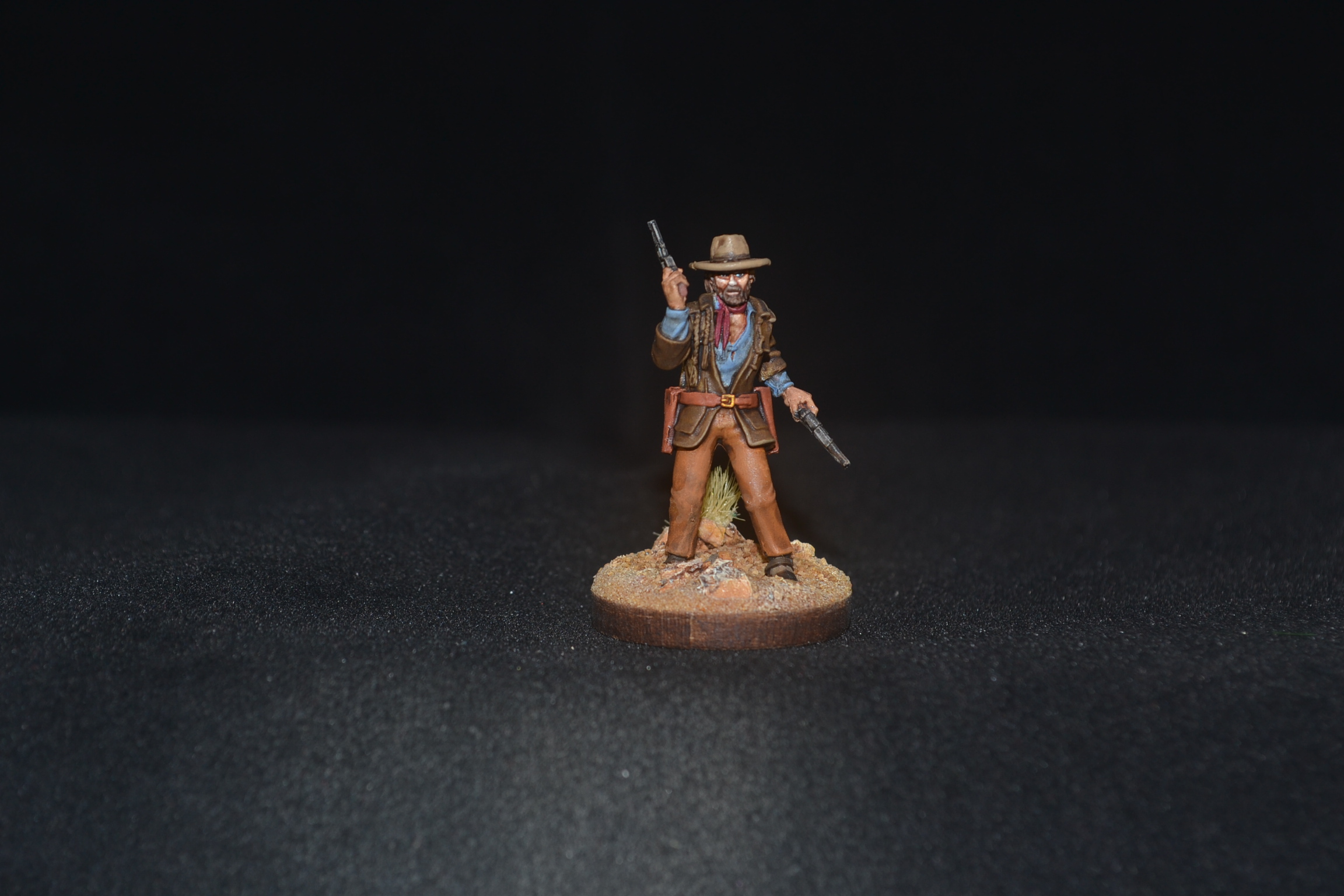