Prompted by IRO’s recent post I realised I had yet to publish my second contribution to his The Good, The Bad and The Ugly challenge.  So here it is.

For my part I figured it wouldn’t be right to not at least have one figure of the main character from the spaghetti western series which starred Clint Eastwood as “The Man With No Name”.  Andrea Miniatures do a very nice 54mm figure but this one is a 28mm (more like 25mm I’d say) from Ebob Miniatures.  A really cool pose in my opinion.

Painted using mostly oils but with some acrylics too.  The blue shirt isn’t quite so shiny in the flesh but I think it’s been exaggerated by the flash bouncing back from the oil paint but I’m guessing.  The close-ups highlight a few things that need some touching up so will make amends and get the brush out later! 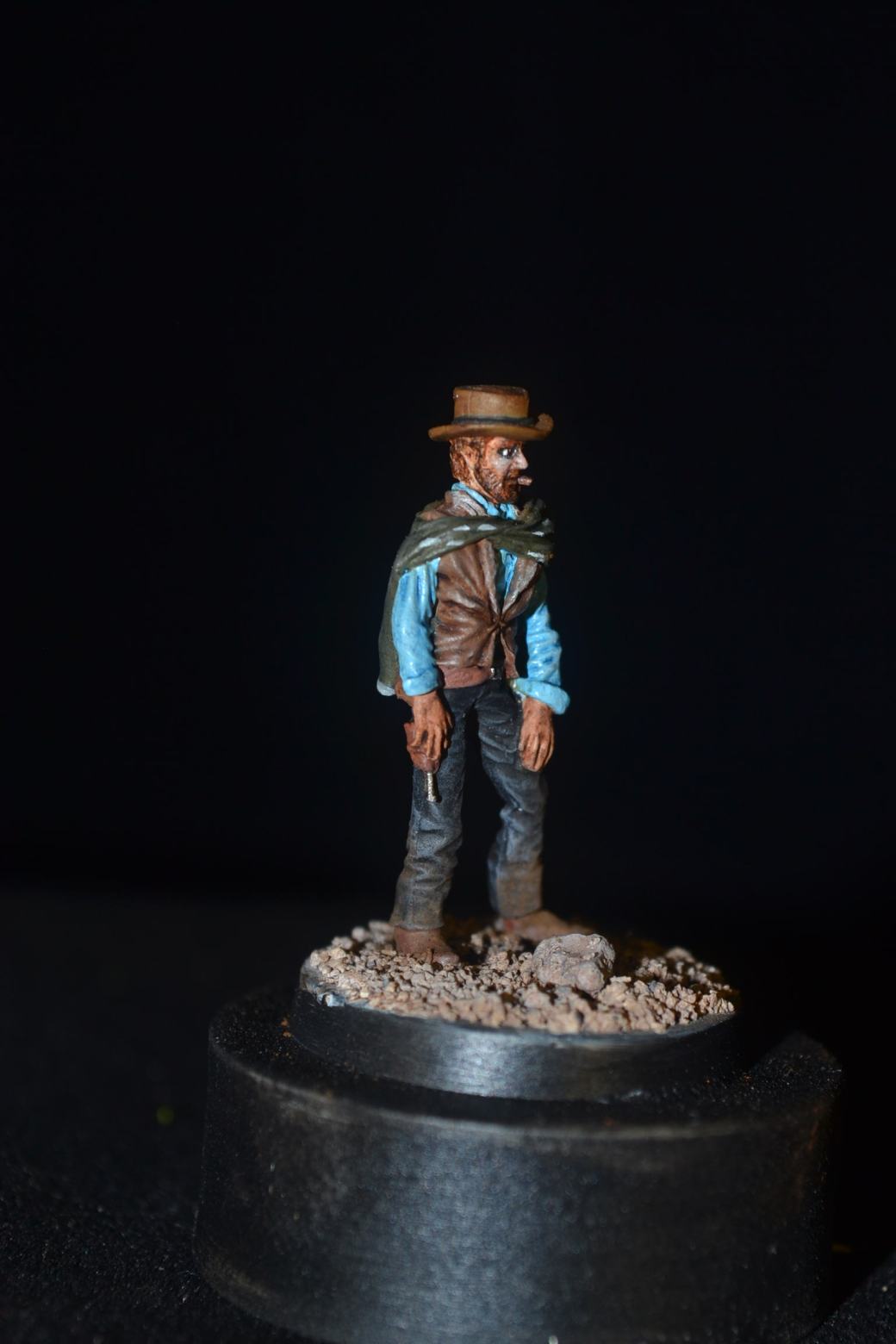