This was my original idea for the April challenge and fell under Azazel’s example “be inspired by another hobbyists work and create your own version of something you have seen online”.

Many of the figures produced by those who I follow and by those who follow me generally fall into the Si-Fi/Fantasy genre. Nothing wrong with that at all, in fact the figures created and painted are simply superb and appeal to me.  My problem, as someone who likes to do vignettes and dioramas rather than gaming, has been how to create the right setting for any figures I might undertake to do. As a consequence it has been something which has continued to sit on the back burner … until now!

The turning point came following a post by “Caseyrog, Wyrd Stones and Tackle Zones” entitled “Tinkering with Elves” (an arrestable offence surely!).  A great article featuring some excellently painted miniatures.  This inspired me to do a little bit of Google Image and Pinterest searching which resulted in the discovery of this lovely little figure by Reaper Miniatures.   It’s difficult to explain precisely why I fell in love with this figure but fall in love I did. You may not agree but to me the figures pose is very cool.

I deduced that Wood Elves live and operate in woods (there’s not much that escapes me!) and therefore a woodland setting would be a highly appropriate setting for a vignette or diorama. An idea which had been sitting on the back burner had now become a reality.

I’m not sure what future models I will do within this genre but I have no doubt that I will do others. In fact a couple of figures are on order already!

Photos of the completed model below. 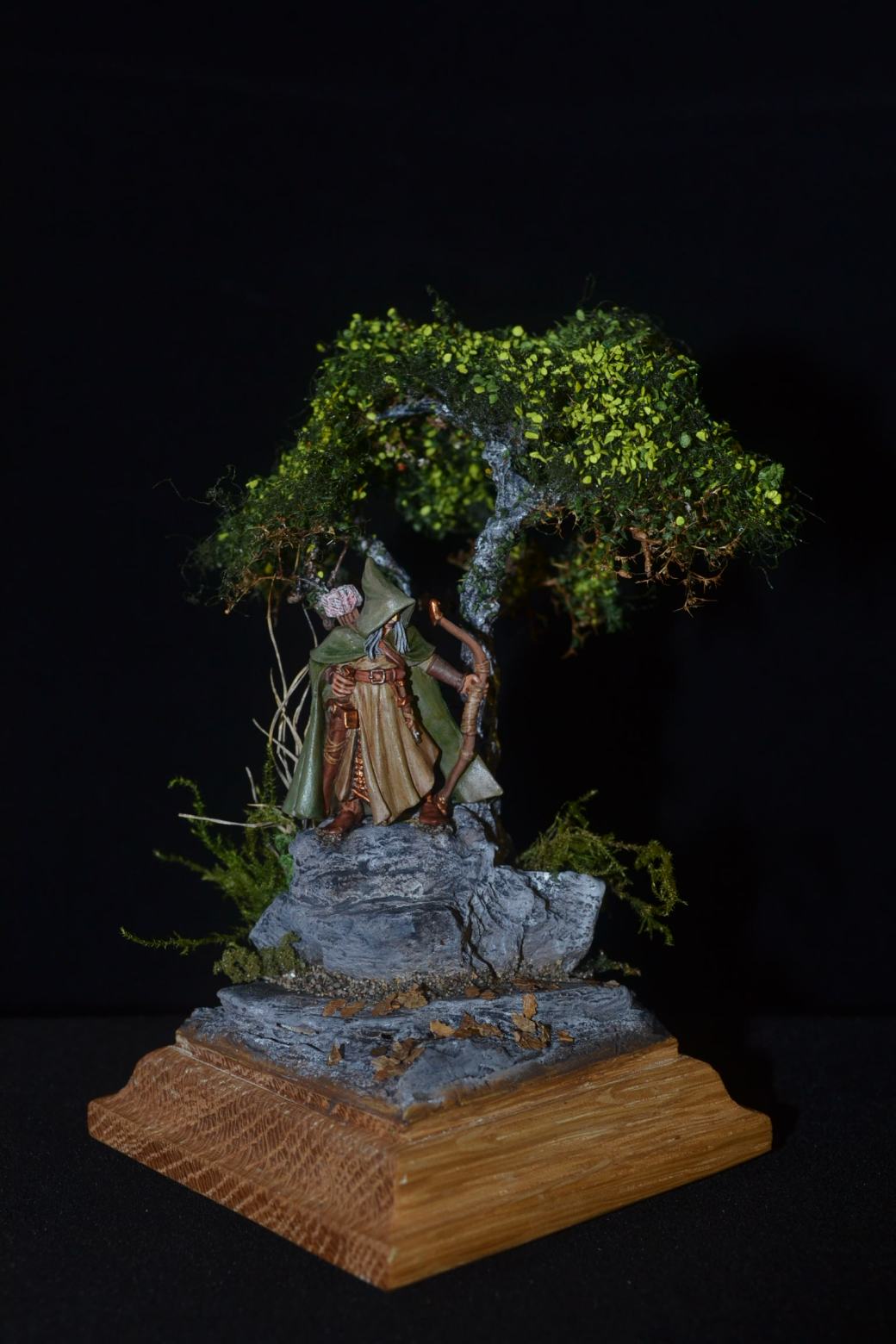 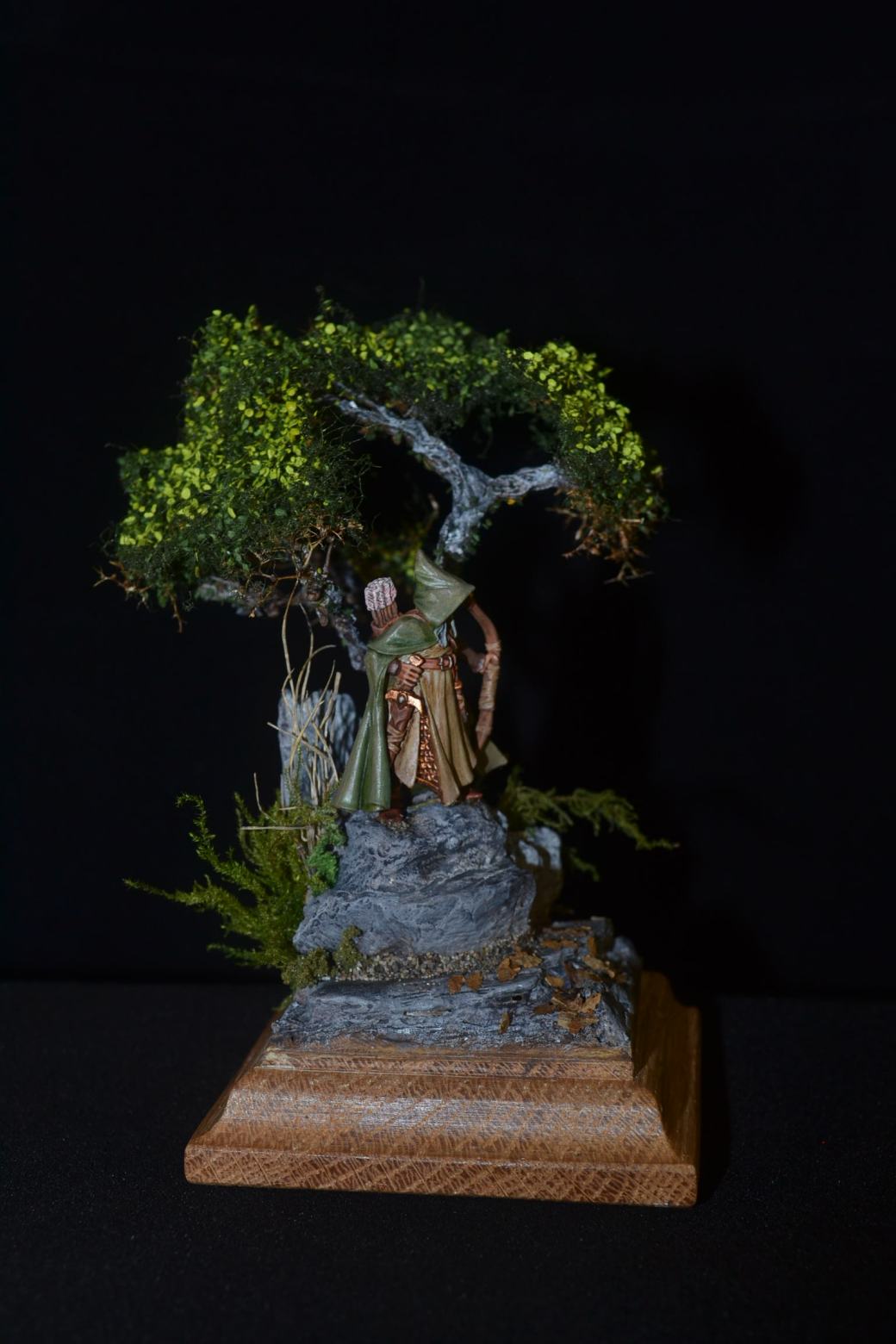