A couple of months ago Martin, an email follower of my blog, asked me if I’d ever considered doing a model of Lawrence of Arabia. I replied saying that I had thought about it some years ago but hadn’t been able to find a suitable figure.

My original inspiration came many years ago after seeing the film Lawrence of Arabia by David Lean. If you have never seen it then I would strongly recommend that you do.  A big budget film where the people you see are all real people not half a dozen replicated by computer imagery.  The sweeping landscapes filmed in Jordan are stunning and on top of that it’s a true story, how accurate though I cannot comment.  Peter O’Toole’s acting debut if I recall correctly as well. Sadly nothing came of it in modelling terms.

However, Martin’s email prompted me to look again and was I rewarded by finding figures by Artizan Miniatures. It’s quite possible the figures have been around for sometime and simply passed me by because I would have been looking at 54mm scale in those days and not the 28mm scale that I am much more into now.  Needless to say I purchased the figures.

The actual Lawrence figure comes as part of a pair and was nicely cast which is something I have come to expect from Artizan’s models and originally the figure held a pistol.  For the little diorama I had in mind I thought this was inappropriate so I removed it and added a stick/crop instead.  That’s about the extent of my figure conversion ability!

It’s been a while since I painted a figure that was essentially all one colour and I’d forgotten the challenge that comes with highlighting and shading.  As for painting camels these are my first! Overall they didn’t come out too badly.  Oddly the second figure didn’t come with anything to hold so I chose to resolve that by making a flag.

The base work was a simple affair but if I’m being honest it’s also my biggest disappointment with this little diorama.  In an ideal world I would have put the two completed figures on a base 20 feet wide to provide a sense of scale.  Alternatively I could have taken it to a beach in Cornwall and photographed it there!  If you are familiar with the film then you’ll probably understand where I’m coming from with this, it’s all about the shear scale of the landscape.  Still things are what they are and I’m pleased to have completed a model of an iconic figure. 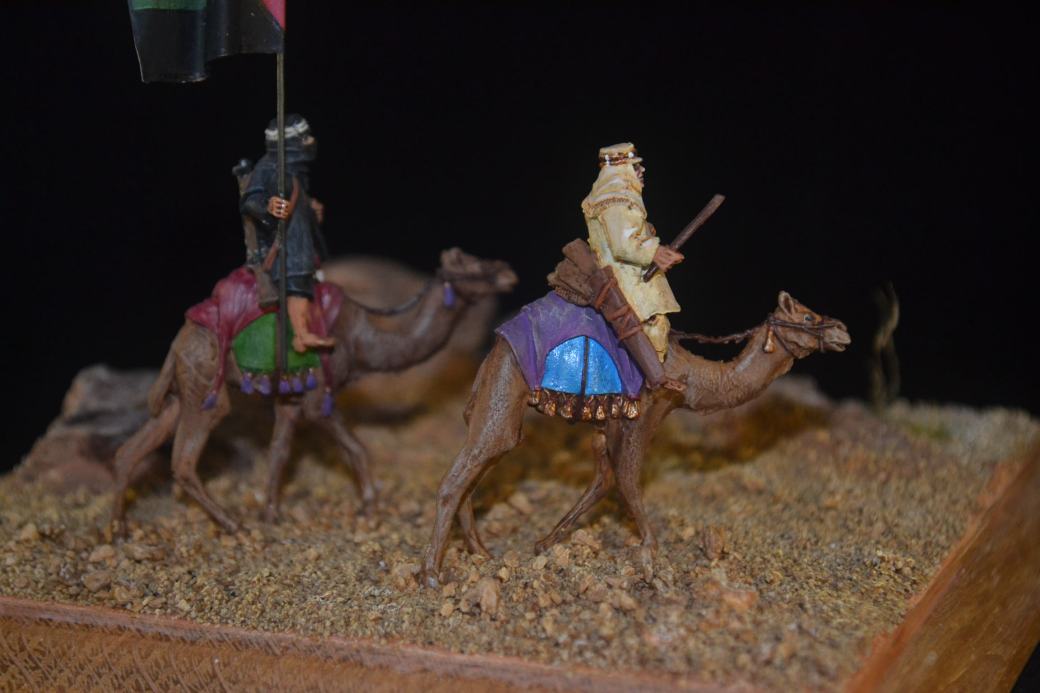 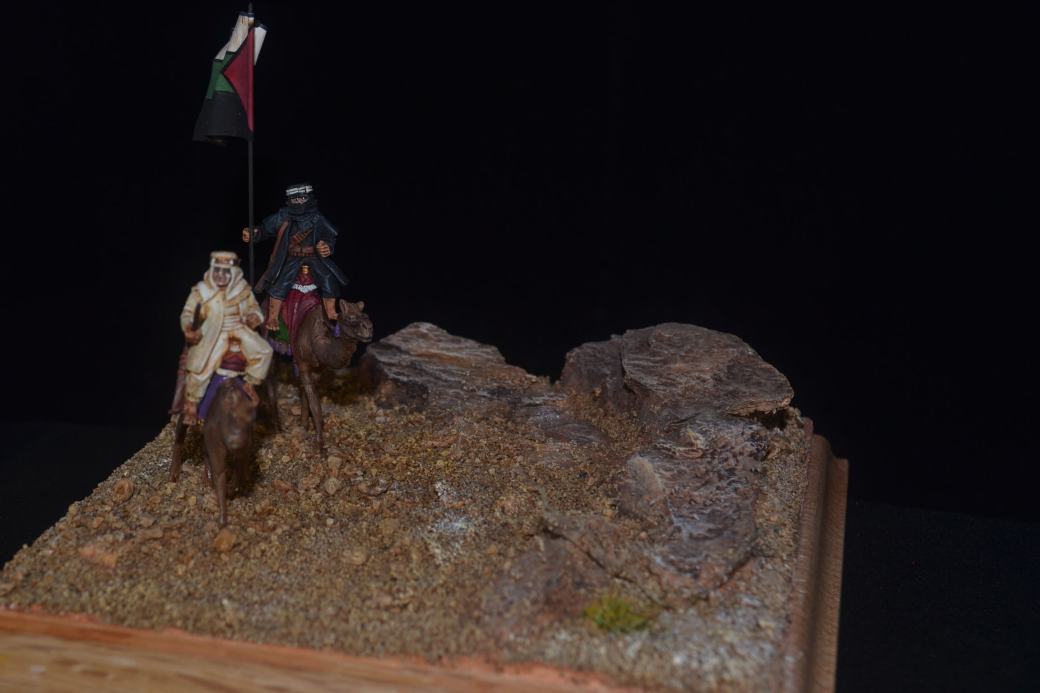 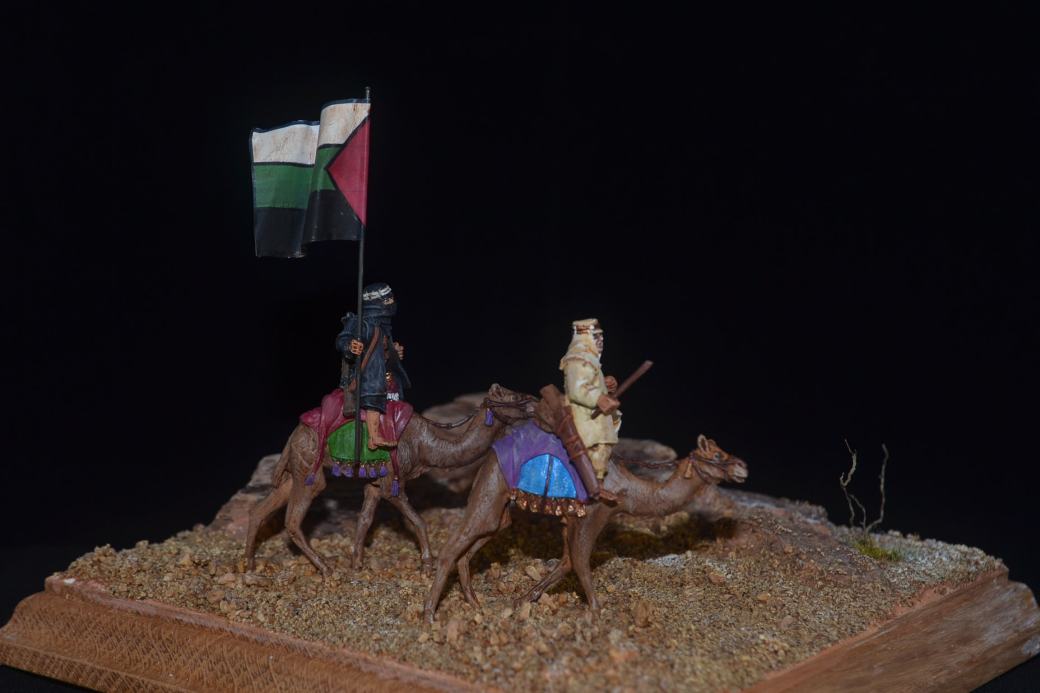