Welcome to this weeks edition of Miniatures and Musings!

This weeks mini is Blanche from Hasslefree Miniatures.

Now I don’t know how many of you believe in reincarnation but for those of you who do it might interest you to know this figure is based on a real women I dated in a past life. According to the therapist who undertook my hypnotherapy I was by all accounts to hot for her to handle.

John at Just Needs Varnish was disappointed by last weeks post, he thought the word “miniatures” in the title was a reference to small bottles of whisky. Never one to disappoint my audience the last photo is just for you John!

On Saturday I went to the Torquay model show, my first show of the year.  Next week when I have a little more time (hopefully) I will include a proper review.  Meanwhile treat this as a teaser and try not to get to excited!

Every now and then along comes a figure that in my humble opinion no miniature collection would be compete without. Such a figure is Lord Flash.  The figure is limited to 500 castings and mine is number 192. So cool is this figure that I think I will have to buy another couple before they sell out.

The figure is by Giants in Miniature and was purchased through North Star at a cost of £3.50 plus postage.  I have added a YouTube clip to wet your appetite further.  Now just go and buy one.  You know you want to!

I suspect we have all been put in the position where from out of the blue someone asks a totally random question to which they want an answer. My most recent example of this phenomenon came from my daughter last week. There I was sitting at my desk painting away when she asked “Dad, after so many years of marriage why do you still call mum darling, beautiful or sweet heart?”. I wasn’t entirely sure how to answer that question at first but in the end settled for telling her the truth. “Well, I completely forgot her name five years ago and I’ve been to scared to ask her ever since”.

Not sure she believed me but she went away happy.

Gold Radio is a digital station which plays music from the 60′, 70′ and 80’s and with very little interruption from either adverts or DJ’s. It allows me to sing a long and wallow in nostalgia. On a good day it helps to switch off from all the shit in the world. 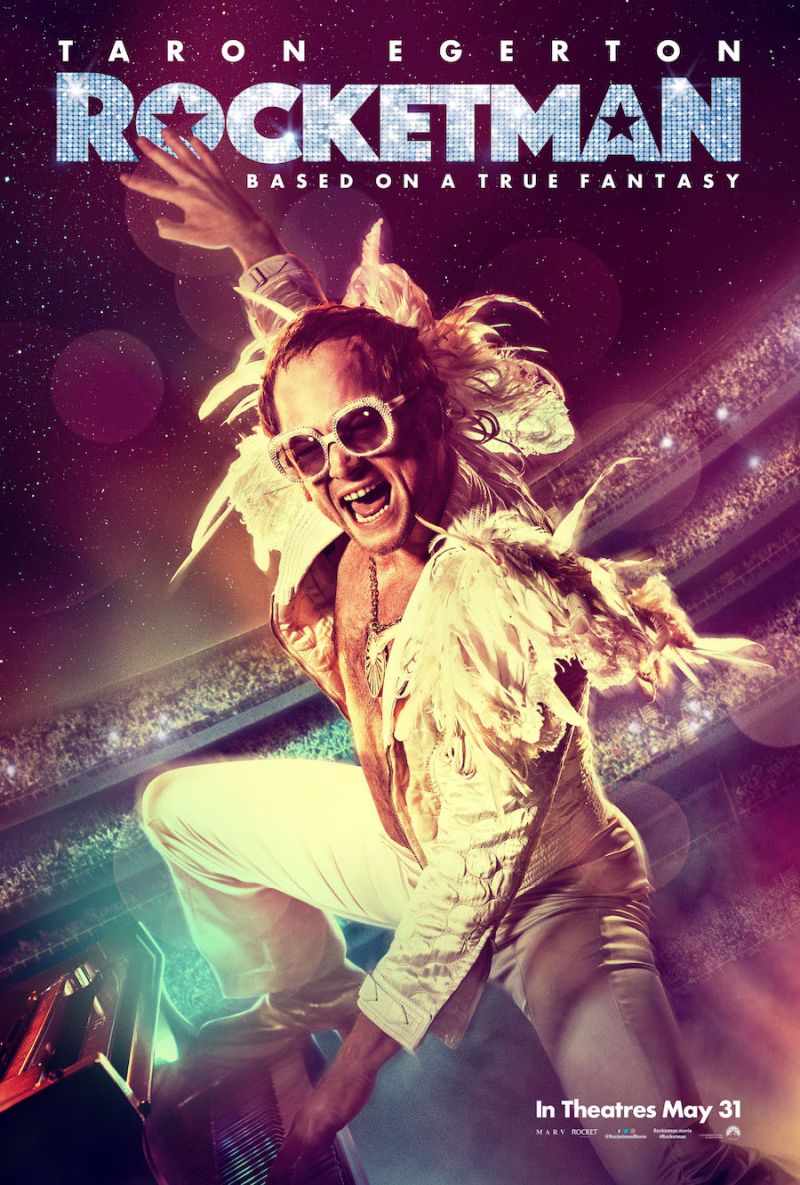 Went to the cinema on Sunday with With She who Thinks She Must Be Obeyed Too to see the Elton John Biopic.  Having been working so hard for her GCSE exams she needed a break and was keen to see it.  We had gone to see Bohemian Rhapsody a while back which she enjoyed so we hoped for more of the same, allowing for the  obvious differences of course.

Our joint verdict as we drove home was that the film was OK but not a patch on Bo Rhap. (get me, Bo Rhap, that’s what comes from hanging out with the kids!)  Elton has had a very colourful life and his music is great so all the ingredients were there for telling a remarkable story.  Unfortunately the director took these quality ingredients and served up a shit pie.  Enjoyable but more like Mama Mia than Bo Rhap. It could have been so much more.

Win some, lose some.