It had been my intention this week to post part 2 of “Tomb Stoned” but as so often is the case life got in the way and what time I did have at my disposal for modelling I spent on this little number instead.  Next week I must make some more progress so brace yourselves for a boring work in progress post in due course.

I mentioned in last Saturday’s post that I had a couple more apocalypse type ideas floating around in my head.  Well this is one of the two I had in mind.  The inspiration for this one started with Alex over at Leadballooney.  He recently put up a post featuring some cool biker figures which I thought were great which in turn reminded me of some I had seen produced by Crooked Dice.  I quickly went online and ordered a couple and once they arrived I was easily distracted away from my “Tomb Stoned” building conversion and onto this instead.

So what’s to say?  Well not a great deal really.  If I’m honest the bill board ought really to be bigger but it does the job of providing a bit of background interest on a small base and besides the “Serious Injury?” idea appealed to my sense of humor.  The only thing of note in respect of the paint job relates to the bike.

Some while ago I bought a couple of Colour Shift paints from Green Stuff World which until now I had never had occasion to use.  In theory the colour should change between blue and green pending light and the angle of view.  I’m not entirely sure that it works but the end result was a reasonable metallic finish which I was happy with. 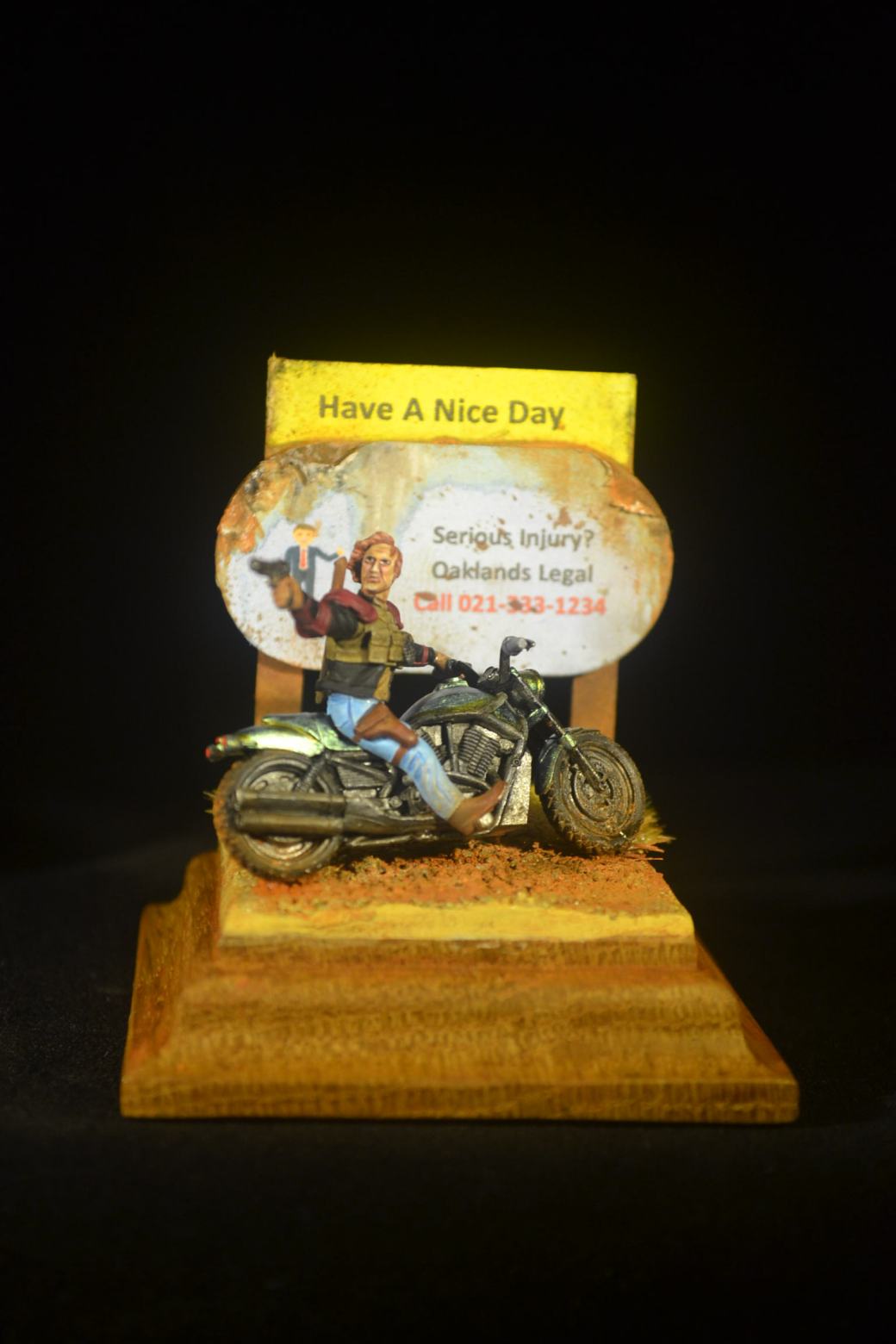