Welcome to this weeks Miniatures and Musings!

This week we have two figures for the price of one!  Both 28mm figures are by Crooked Dice and are hopefully recognisable as Marty McFly and Doc Brown from Back to the Future.

Both nice figures to paint.  Tried my best to get the pattern right on the skate board and added a bit of freehand to Doc in the form of the radiation signage on his back. 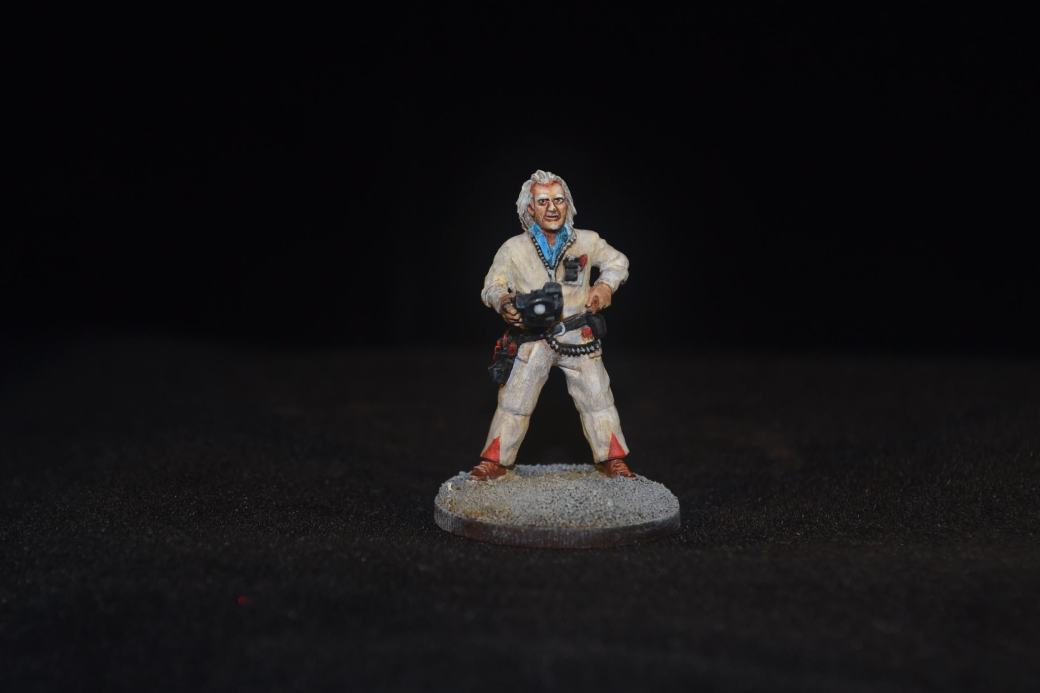 The End Of An Era

The other day I found myself conducting a modelling related google search.  Nothing unusual in that, it’s something I do often but on this occasion one of the suggested links was to a Military Modelling article and I chose to click on the link and explore further.  In next to no time I lost myself following lines of inquiry which had nothing to do with what I initially started out to investigate.  One link led to another until by chance I stumbled upon an old article which announced that Military Modelling Magazine was no more, it was now online only.

In this ever changing world this change in media format made perfect sense but I couldn’t help but reflect on a time gone by.  Military Modelling Magazine was the single biggest influence on my modelling journey so I found it sad that the magazine was no longer.  That said I stopped buying it many years ago so I guess in the scheme of things I played my part in its demise.

One of life’s realities is you cannot stand in the way of progress and change, however, the older I get the more I find myself reflecting on a time gone by and wishing that I could.

Ah, nostalgia, it ain’t what it used to be!

As we have nearly reached the half way mark for the year I thought I would undertake an assessment of my 2019 goals.

… Hotel California by the Eagles.  With the weather shit in the UK, or at least down in the south west, I needed the warmth of some Arizona and Califonia sunshine.  Where better to look than this album?