This week we have another 28mm figure from Giants In Miniature.  A limited edition of 500 this is number 305 of “Quartermain”.

She Who Must Be Obeyed has been on a house cleaning drive.  The place isn’t dirty but the kids are both away and she has elected to use the time to “Spring Clean” despite the fact that it is the summer and we are enjoying a heat wave down here in the South West.  It wont last, it never does, this is England after all.

It didn’t bother me that she had elected to go on this crusade until she handed me a duster and told me that my modelling desk and associated area needed cleaning.  Worse than that she had an expectation that the various cased dioramas and figures which I have about the house needed dusting too.  Anything for a quiet life I gave it a go.

So I dusted.  I dusted it all.  It took an age and then, guess what?  A few days later the dust came back.

Fucked if I’m falling for that again.

Kinky is using the whole chicken.

Now if anything is likely to give your age away it is listing a track by this 70’s group.  This decade was my teens and as I think back I loved everything about it.  No responsibilities, no accountabilities and a general couldn’t give a fuck attitude.  This track was released in 1972 when I was fourteen.  OK, so we dressed and looked ridiculous but it was fun and for me possibly a time when some of the best music ever was produced.  This track may now be a good example of that but I am in a good mood and when I am like that the music has to be played loud.  Very loud.  Very, very Fucking Loud!  Put your ear to the speaker and enjoy the experience of silence for three days afterwards.

Based on a true story about a young man who chooses to live life off the grid and heads off on a journey to Alaska where he finds the Magic Bus.  Sounds weird but it is an interesting but very sad tale. 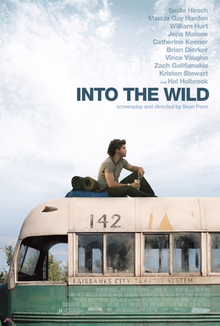 The film is based on the life of Chris McCandless and if you haven’t seen it then it is, in my opinion, well worth a watch.  I have seen it several times but my son got into it and also put me on to a YouTube documentary which provided a further insight on the life of Chris as told through the lives of his family.  Fascinating stuff.  Check it out.