This week I have a Reaper Wizard to show you, a Dark Heaven Legends figure by the name of Arakus Landarzad to be precise.  A couple of things to point out in respect of this little chap.

Firstly, a shout out to my next door neighbour Kerry.  Having seen my Dad’s Army figures based on wooden cotton reels Kerry mentioned that his hobby is wood turning and that if I wanted him to he could make me some bases.  If I wanted him to?  I nearly bit his arm off and a few days later he called in with half a dozen for me.  The images below don’t really show the base off but I will do a better job for next weeks post.

Secondly, Flow Aid.  I mentioned last week that I had bought some and now I have managed to use it.  It gets a big thumbs up from me.  Now I am not saying I am using it properly but I gave it a go and was pleased with the result.  The acrylic paint did flow better in my opinion and gave me a confidence boost in terms of free hand experimentation.  The photo of the back of the wizard shows what I came up with.

Nothing more to add.  Hope you like the little chap. 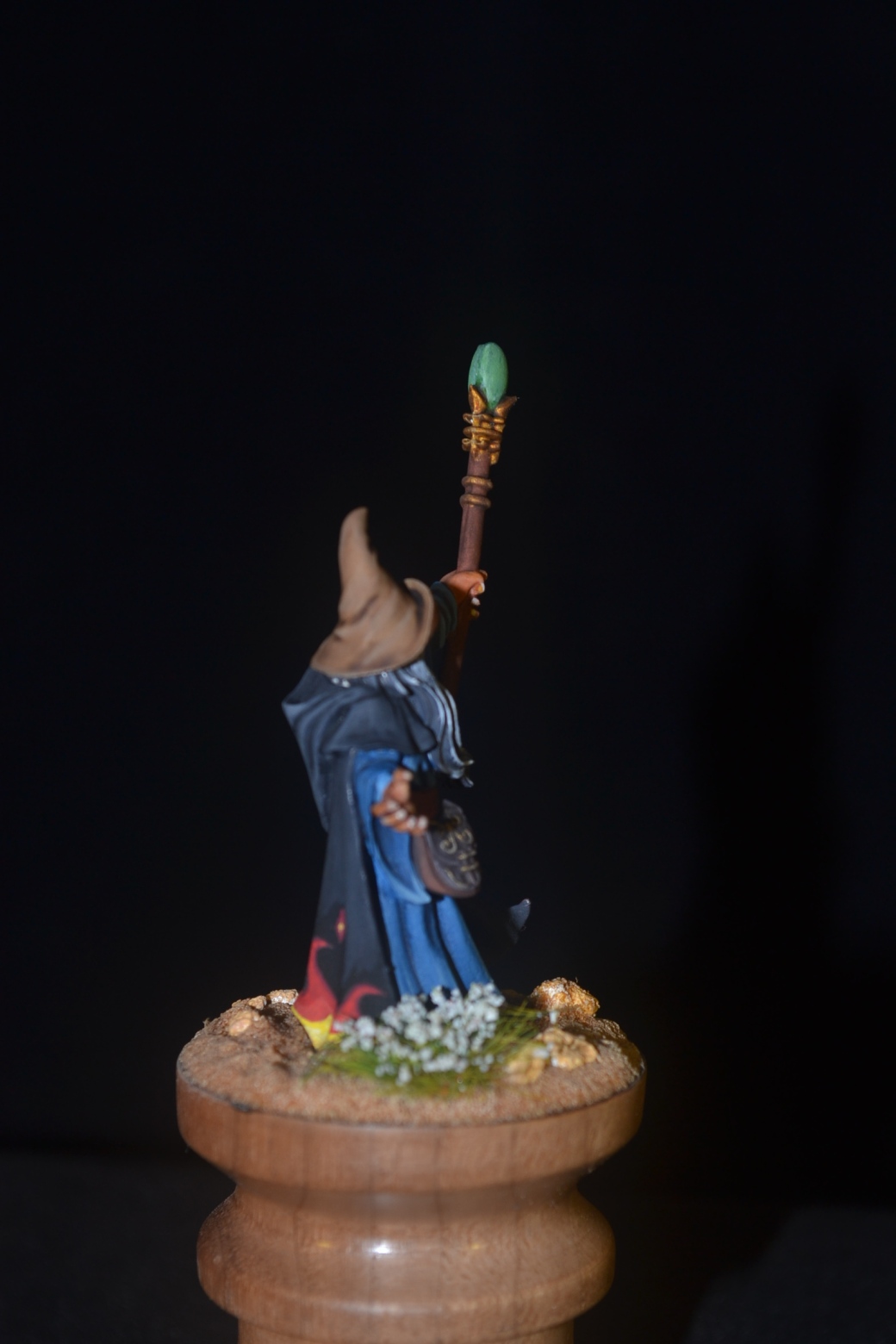 This week we have reached the penultimate Step in what I am sure has so far proved to be a valuable and informative guide to young and old a like!  Key to success of course is down to your understanding of women and your own wife/partner in particular.  I have done my best to summarize the information into 10 easy to follow steps but feel free to undertake your own research in light of the publication below.

It is impossible for the women of the house to take time off completely.  In reality washing and ironing are best kept on top of and meals need to be prepared and cooked three time a day.  It can be quite tiring work and let’s face it, if she doesn’t do it who else is going to?  Well not newly retired you that’s for sure, those models wont paint themselves will they?

With this in mind it is a good habit to at least twice a day make her a cup of tea and tell her to take time out while you both go and sit down to drink it.  This move displays your caring side and earns brownie points.  It might even pay you to provide her with a slice of cake as well.

All being well she will nod off in her arm chair or get engrossed in a magazine article or whatever book she is reading.  Quietly slip away to your modelling desk and if she does nod off then under no circumstance wake her up until it’s time for her to cook the dinner.  As a general rule there is at least an hour or two of hobby time to be gained from this one.

Last Saturday I attended the IPMS Cornwall model show with a few of the guys from the Plymouth Model Club.  The Penzance venue was very nice and attendance on the day appeared to be very good.  It isn’t the biggest show by any means but they hold a competition and I wanted to enter a couple of items to gauge some feedback.  I should explain that they run their competition a little differently in Cornwall which is why I was interested.

Other competitions I have entered generally have the same class categories and within each a first, second and third place (or Gold, Silver and Bronze) is awarded.  Some also award a “Highly Commended” and elect an overall show winner.  At the Cornwall show your entry is judged on its merit.  The judges look at the model and assess it under 5 categories – Workmanship, Finishing, Presentation, Attention to Detail and Creativity.  The number of points in each of the 5 categories varies slightly due to the entry class but overall they all add up to 100 points.  If the model scores between 90 and 100 points a Gold is awarded.  Between 80 and 89 Silver, 70 to 79 Bronze and 60 to 69 is commended.

Under this scheme it is possible to have more than one Gold (or Silver or Bronze) awarded in a class or none at all.  A different system but what I liked about it was being able to gauge how highly the judges who are fellow modellers rated your work.

For my part I entered 3 pieces – “The Wizard Library”, “What The Fuck Was That?” and “Easy Boy!”.  The first two have appeared as posts on this blog but the third hasn’t yet.  It is my intended post for this weekend so I will say no more about it for now.

I was chuffed to be awarded a Gold Medal (not real Gold!) and accompanying certificate for all three of my entries and am now need giving serious consideration to Telford.  I’m not under any illusions, the standard of that show is very, very high and I have no desire to make a tit of myself but a part of me is saying you will never know if you do not give it a try.  I still have time to make up my mind so I shall deliberate for a little while longer.

Jethro Tull and Living in the Past.

A nice little oldie for you kids out there.  I was 12 at the time but I remember my oleer brother buying the album “Aqualung” and like a lot of the stuff he bought it rubbed off on me.  As for the title it pretty much sums up where I’m at these days.

A quirky little film which I have watched several times and did so again the other day.  Several people I know didn’t like it but personally I really enjoyed it and particularly liked the way it was edited together with the counted days going backwards and forwards rather than consecutively. 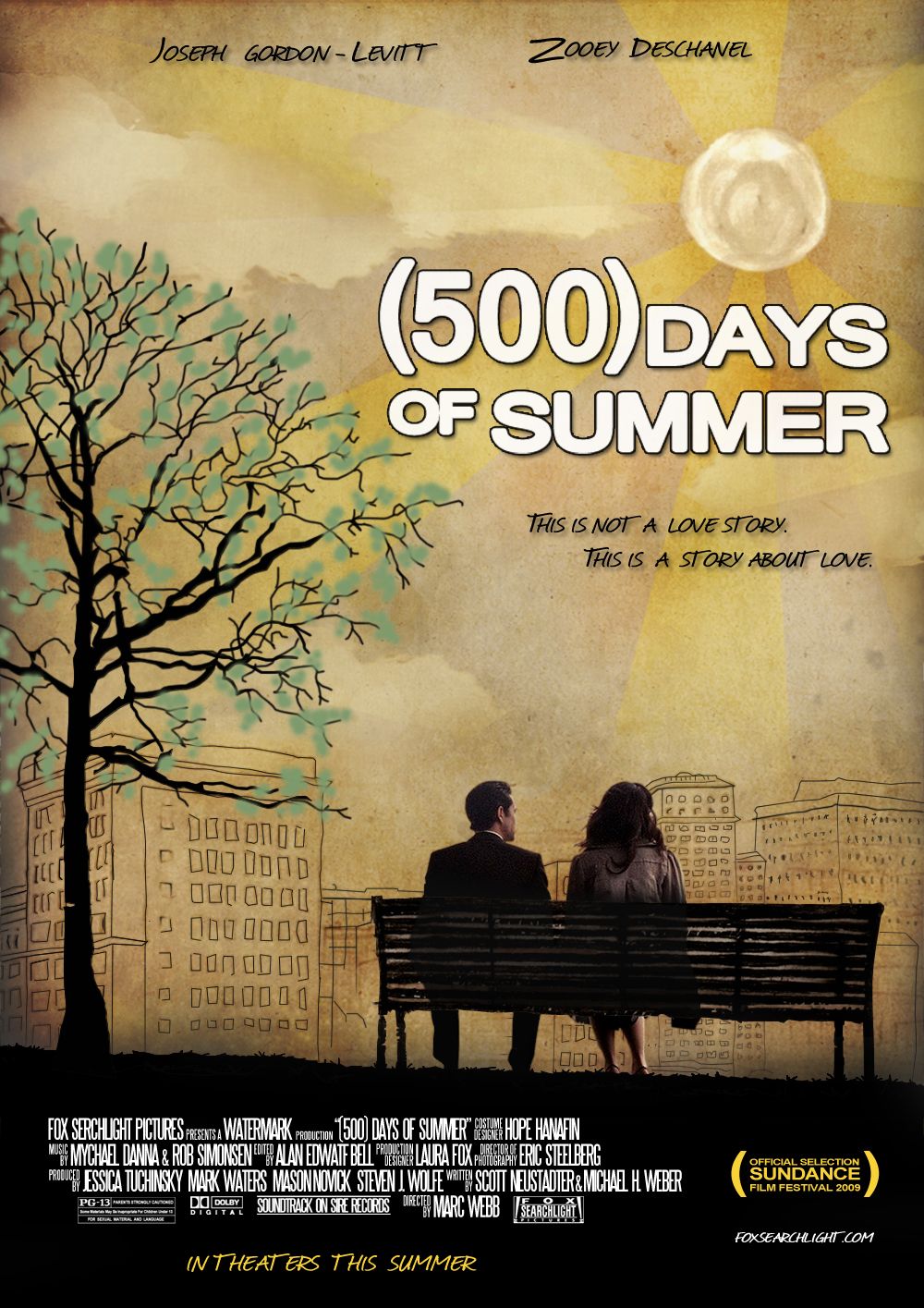