This week we have another Reaper wizard.  This little chap goes by the name of Anuminar Winterbeard.  I have no idea what the owl is called to I have decided to name it Eric.

Last week I mentioned that I attended the Cornwall Model Show in Penzance.  Since then a few things relating to the show have been posted on the clubs Facebook page including an article which was put together by a chap called Greg Martin.  I had a nice chat with Greg who took some interesting photo’s but at the time I had no idea who he was.  Post the event and thanks to the Facebook post I learnt that Greg is a photojournalist and was at the show to do a write up.

The write up can be seen via the link below.  I am featured along with a few other modellers.

A slightly edited version of the same article also made its way to the Online tabloid newspaper The Daily Mail.

While I was talking with Greg and he was taking some photo’s of my models I asked him if he would be able to take a photo of my boxed diorama “The Wizard Library”.  As you know my own photo’s, which you can see again via the link to the original post below, were far from ideal.

My skill level for taking photographs isn’t great at the best of times but through glass and close up it is non existent!  Greg kindly obliged and then emailed me the result.  I think you will agree that his photo below is far better than mine!

This week sees the conclusion of this series and how to achieve more time for modelling when retired.  If you have followed steps 1 through to 9 then all things being equal you will have no need for this one.  If, however, you have failed miserably then this really is the last port of call!

In essence Step 10 is an easy one.  The problem is that it could have either far greater consequences or much higher rewards pending your point of view.  The aim is to pick a domestic dispute which will allow both of you to go off and sulk with each other for few days thus leaving you to paint and model uninterrupted for at least 48 hours.  Much depends on the strength of your relationship.  Ideally you will be talking and “making up” in a few days and after a suitable period of time you will be ready to have another go if you have still not made progress in any of the other previous steps.  There are, however, some downsides.

Almost certainly during a period of sulking you may end up having to cook your own meals.  That said baked beans on toast doesn’t take long and if you get your timing right any issues around clothes washing shouldn’t present a problem.  The bigger issue is that prolonged use of this step could lead to divorce.  But is that a bad thing?

In all honesty most women in their 60’s are past their best.  If SWMBO is anything to go by she could do with a good ironing to smooth out a few of those wrinkles.  As a general rule they complain endlessly of being tired and under appreciated, something I just cannot get my head around.  Hardly a day goes by when I do not encourage SWMBO to sit down and take a break because she can always get on with whatever chore she is doing later.  Might as well be talking to the wall.  Only the other week I was away for the weekend only to return to a torrent of abuse because she hadn’t stopped working, walking the dog and looking after the kids.  Quite how I got the blame when I wasn’t even there is beyond me!  Still, at least I got a lot of modelling done that week.

So there you have it, TIM’s 10 Steps to a modelling retirement heaven, a series inspired by none other than John over at Just Needs Varnish.  Whether you are retired, planning to retire or just feel the urge to try these tips out please keep me posted.  I have listed the laptop in my part of the divorce settlement so I should be able to maintain contact with you all.

“I Predict A Riot” by the Kaiser Chiefs.

It’s been one of those weeks and this sums up my mode!

“The Victim”, a four part TV series set in Scotland. 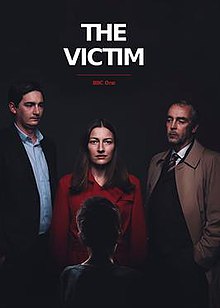 Trawling through my BT player I discovered this series which I had recorded back in April but for whatever reason simply had not watched.  An excellent four hour  binge over two nights even if I did struggle with the Scottish brogue at times!  I have no idea if it is available to watch still but if you missed it at the time then well worth giving it a chance.