This week, despite various forms of domestic chaos,  I managed to get another of my Reaper Chronoscope steampunk figures done.  This one goes by the name of Dr Charles Bennet, billed by Reaper as a Steampunk Hero.

I wasn’t entirely sure how to base him but decided to give my recently acquired Green Stuff World UV acrylic water effect a go.  The result looks better in the flesh than in the photos and overall I was pleased with how the stuff worked.  Using the UV torch the acrylic set in under a minute!  A small piece of a plastic straw was used for the water pipe.

The figure itself was a straight forward paint job but looking at the photos the stubble I added to his face appears much darker.  Not sure I am happy with that so will take a closer look at the figure again and if necessary tone it down a little. 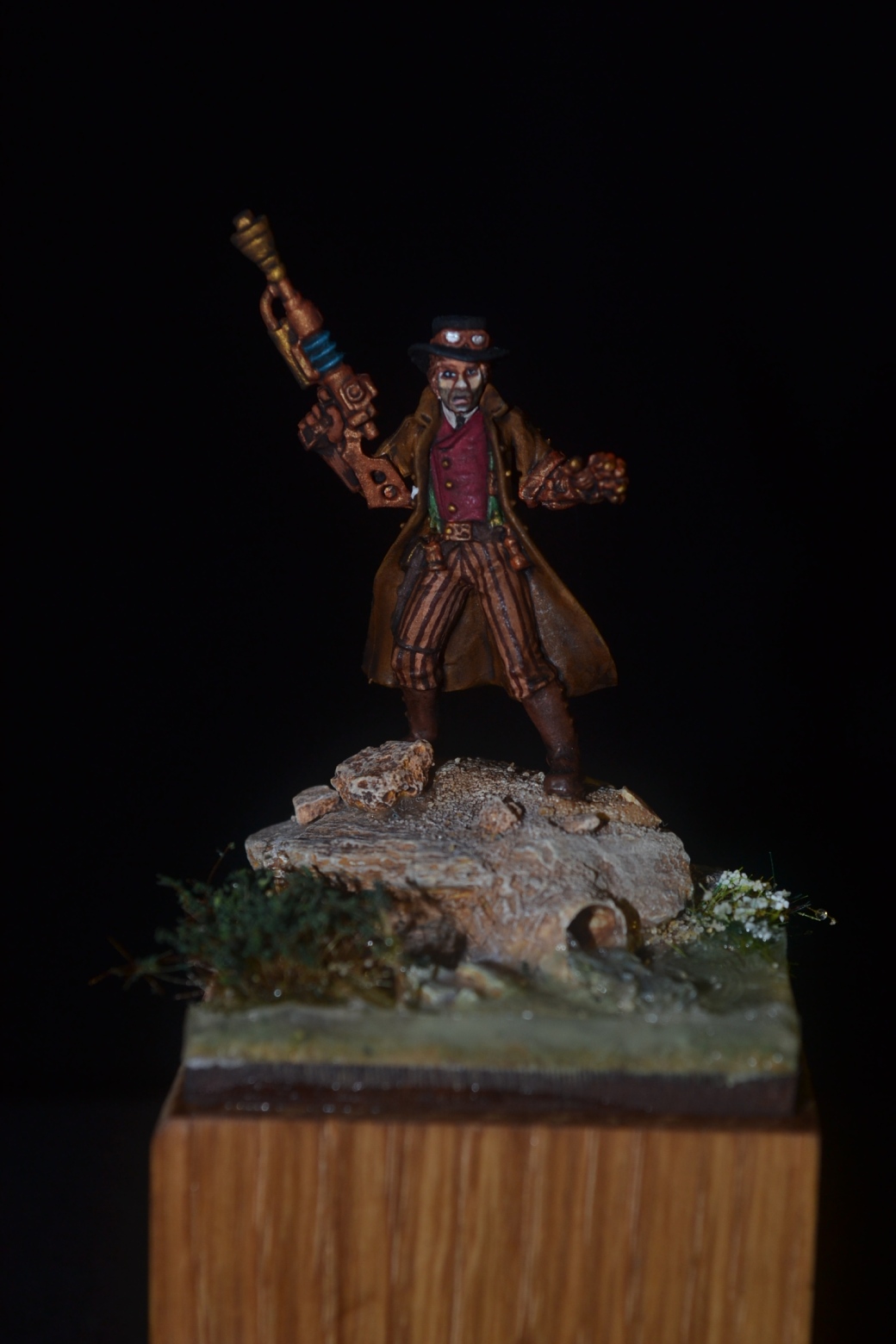 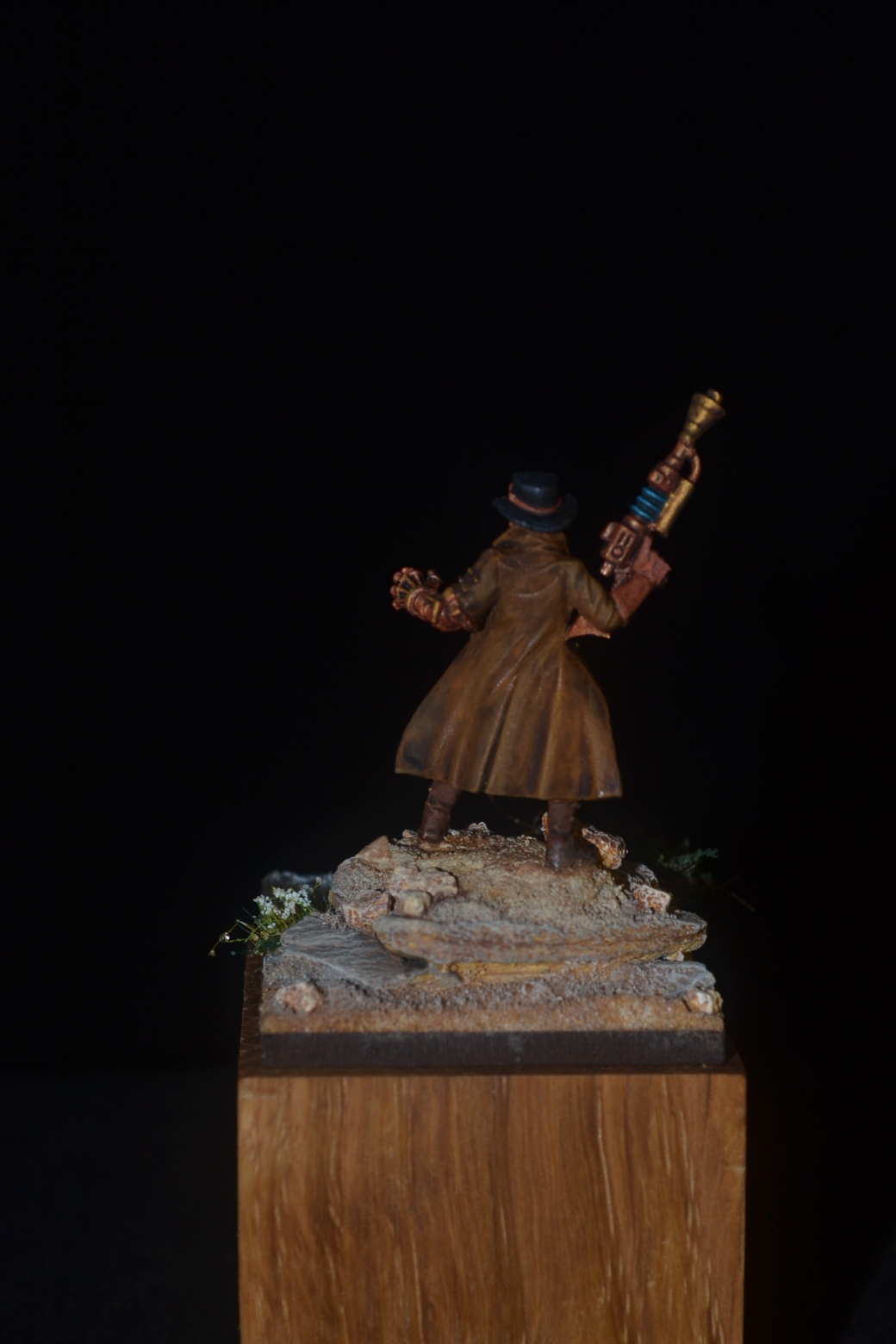