A small ACW piece and one of my favourites.  Not so much for the figures but the composition, an idea I copied from Andre Miniatures.  Looking at it again I’m tempted to explore another scene along similar lines.  It’s been a long time since I last delved into this genre.

Having completed my WW1 diorama I now find myself returning to the Old West, or to be more accurate the American Civil War.  The weather here in good “Old Blighty” is typical for the summer which is to say that it is once again raining in England. Ideal for modelling I hear you say, so thought I but alas it is the school holidays and the family have other ideas.  She Who Must Be Obeyed won over and thus progress on the new diorama is slower than anticipated.  I digress.

This diorama is inspired by figures sold separately or as a diorama by Andrea. Andrea Miniatures produce fantastic figures, mostly in 54mm scale, which are priced accordingly, which is to say they are pretty expensive.  Don’t get me wrong I am happy to spend money on my hobby and I do (no dearest, these were a bargain and cost very little for how good they are) but on this occasion I thought I would try to do my own version using 28mm Dixon Miniature ACW figures.  They have a good range of figures for this period and I was able to find what I was looking for with only minor adjustments being necessary.

Base work needed to be done first as positioning of the figures was key so I set about gathering the necessary materials – slate chippings from my drive, dirt dust from the road outside my house, static grass, dried grass from Dartmoor, PVA, water, Milliput and a few minor scenic bits from my modelling drawer and off course paint. Ordinarily I wouldn’t bother to list the items I use, not that it’s a secret but because I’m sure most people have a good idea of what they need.  No, the only reason for listing the items is it never ceases to amaze me that from such an odd array of crap items it is possible to produce something that looks like a reasonably natural landscape.

Enough chat, some work in progress photo’s.  Hopefully I’ll have the whole thing done before I go on holiday in two weeks time. 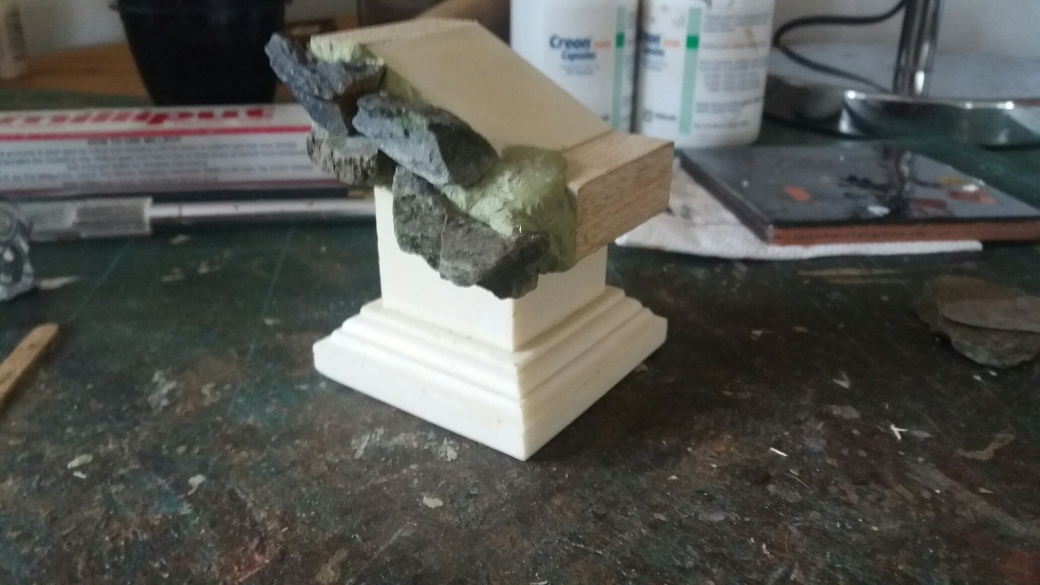 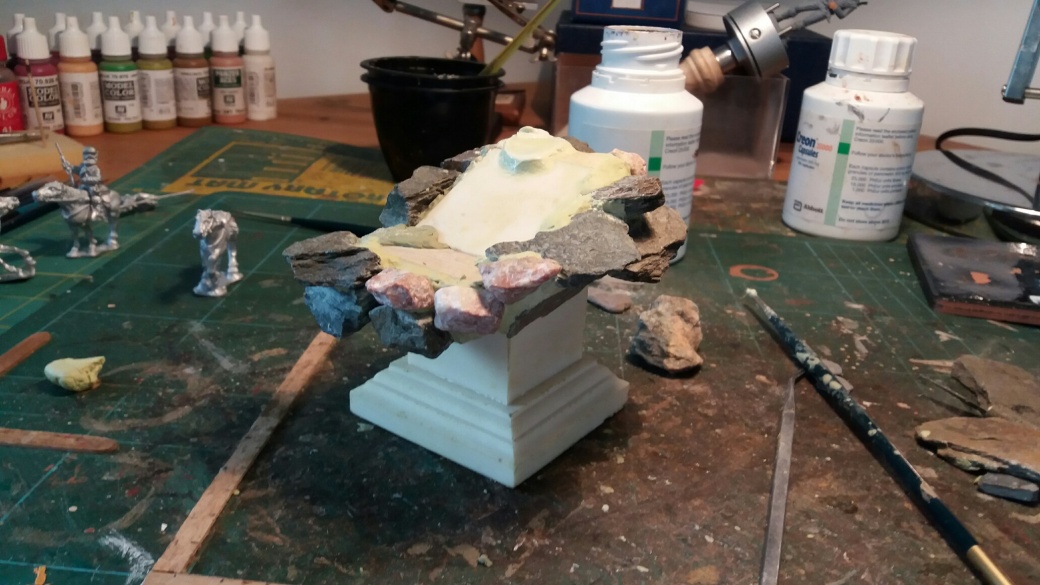