I calculate Memory Monday has another couple of months to run, a little longer than I thought.  I could shorten it but then again maybe I might run it up to Christmas which would be neat and start over in the New Year.  Much depends on how I get on with replacing it I guess.  In the meanwhile …

Not my intended post this week but three things happened to change the situation. Firstly, a model arrived which like Just Needs Varnish recently made reference to “I just had to do”. Secondly, the photographic light box I ordered from Amazon arrived. Thirdly, having realised earlier in the week via my Mid Week Musings that my blog was a year old on the 22nd March I wanted to post a finished model which gave me a buzz and not simply report on some work in progress.

I’ll deal with the model first.

I mentioned in a recent post that sometimes I find a figure I like but struggle at how best to base it and sometimes I have an idea for a vignette or diorama but am unable to find suitable figures.  More often than not a solution under either scenario presents itself but occasionally along comes a figure that instantly floats my boat, that I know just how I want to base it and therefore “must have it!”.  This was the case with “Legendary Viking Warlord – Ragnar Lothbrok, King of Sweden & Norway”.

I found the figure when I was doing some browsing on Pintrest. That site and Google images often throw up ideas and I managed to track the figure back to being from Gripping Beasts their SAGA range. I immediately ordered it along with three other figures which will most likely feature as future posts once complete.

Now the truth be known I have no idea if good old Ragnar is a real or mythical character and to be honest it doesn’t make much difference to me either way (that said I’ll probably Google him after I’ve finished this post just out of curiosity).  The fact is I simply like the figure for reasons I cannot quiet put my finger on.  The non action pose lends itself to being a lone figure and also to a still photographic image in my opinion and that’s what drew me to it.  I’m not sure if that makes any sense but it’s the best explanation I can offer for now and it isn’t much of one I know.

Photo’s of the model appear at the end of this narrative and by the time you get there I suspect you’ll wonder what the fuss is about but from my point of view this was one of those rare (all to rare as it happens!) occasions when everything came together nicely.  The figure itself is advertised as 28mm which I guess it is but it rather depends on your point of view.  Personally I tend to think 28mm should be measured from head (top of) to toe but some manufactures measure 28mm from eye level to toe which produces an overall head to toe height nearer to 32mm which is the case with this figure.

The figure as I mentioned is from Gripping Beast and I’m sure I have mentioned in the past that their products are excellent.  The SAGA range was largely unknown to me although I’m sure it’s familiar to the war gamers among you.  For me it represents a small departure from my typical eras of interest and a welcome change to WW1 as much as I have and am enjoying that project.  The base work was relatively straight forward.  The rocks were once again taken from the garden and the tree was another wire, sea-foam and filler construction.

On this occasion I stuck the sea-foam to the wire armature before applying the filler which produced a better result but was harder to paint, particularly as I don’t use an airbrush. Hard to believe I don’t use an airbrush at in this day and age but the way I see it when they drop the bomb and the power goes I’ll still be able to paint using a brush under the warm glow of nuclear radiated light. Which kind of leads me onto the photographic light box.

Not a lot to say but first impressions are that it will certainly improve my photos. Much to learn but I am pleased with the early results. The photos taken below of the completed model were all taken using it so you can judge for yourself. 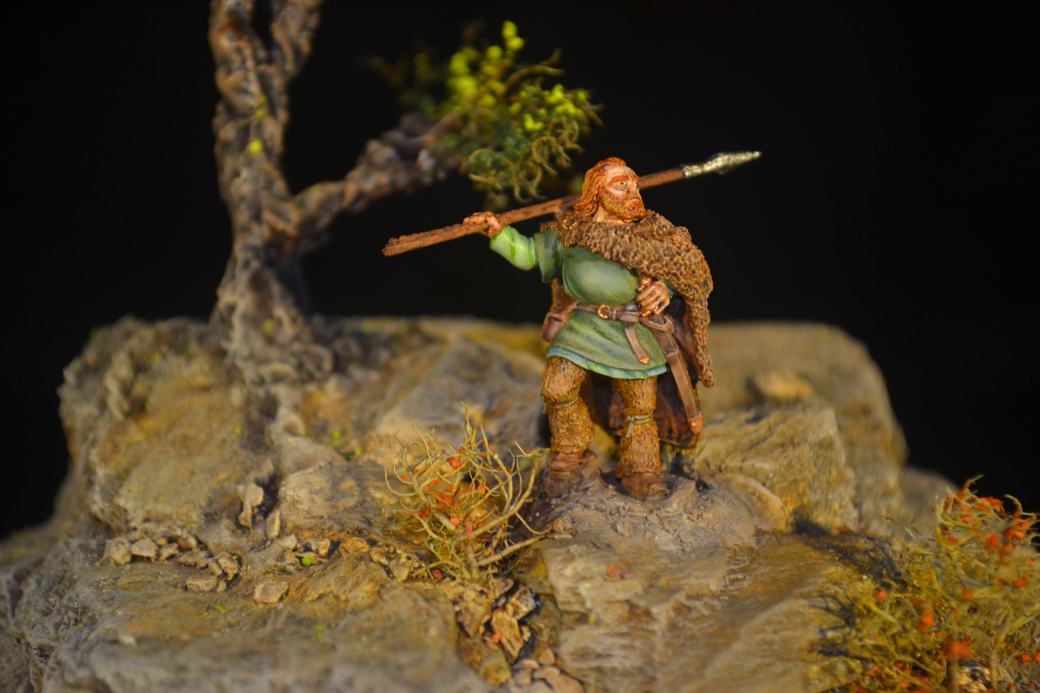 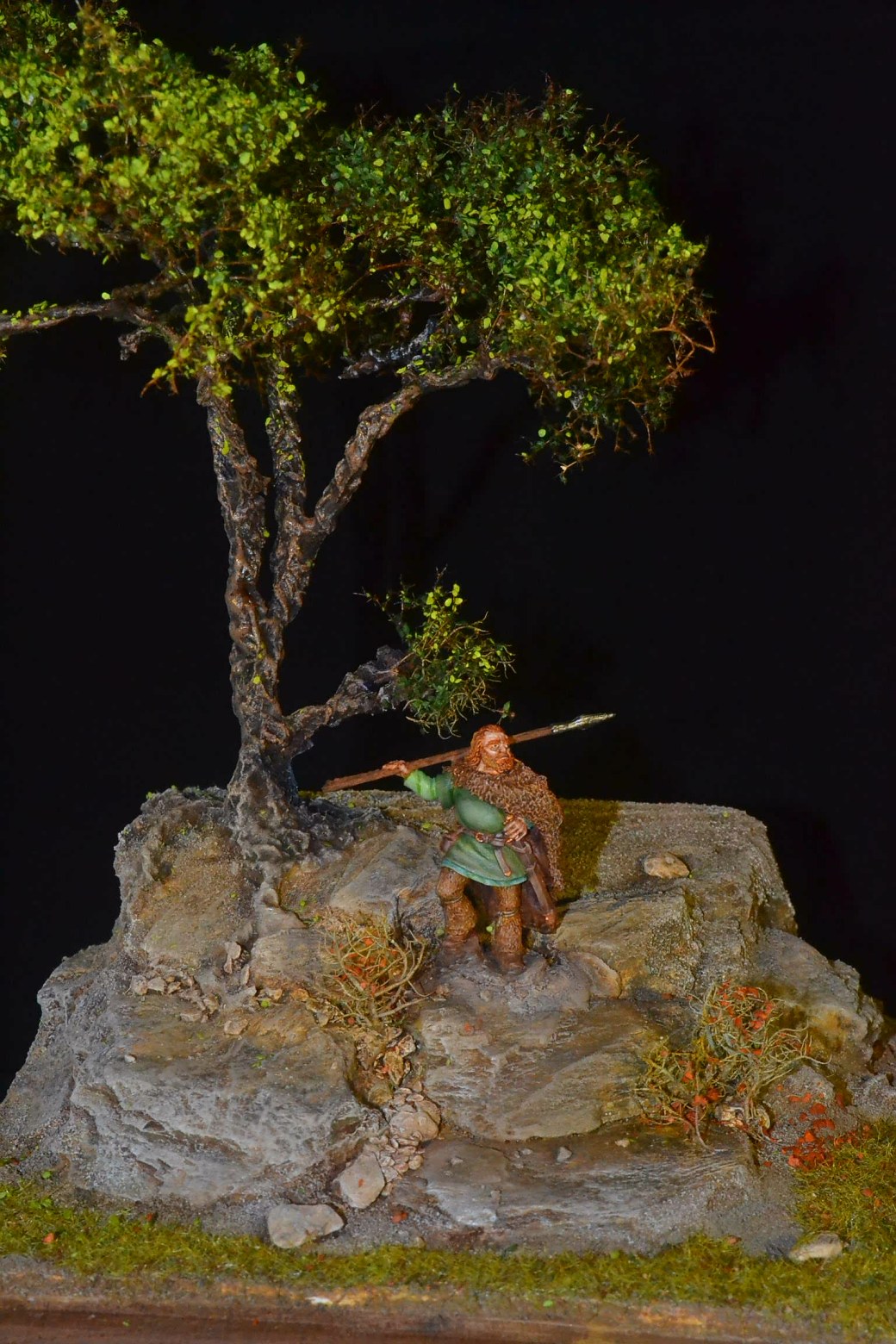