This weeks miniature is another from the Hasslefree range and the young lady goes by the name of Mythic Helen.  Another lovely sculpt as far as I am concerned and a relatively straight forward paint job with just a freehand eye painted to the shield.

The more observant of you might have noticed that the last couple of figures have not been stuck to the small oak plinths like other more recent figures.  Part of the reason for this is I feel I have lost my way a little with my base work.  I need to get my act together on this.  Even though the bases are only 25mm square they could be a little more interesting.  I need to do some research.  If I can go back and add to the bases then I will.  If not I will try and sell them on Ebay and start over. 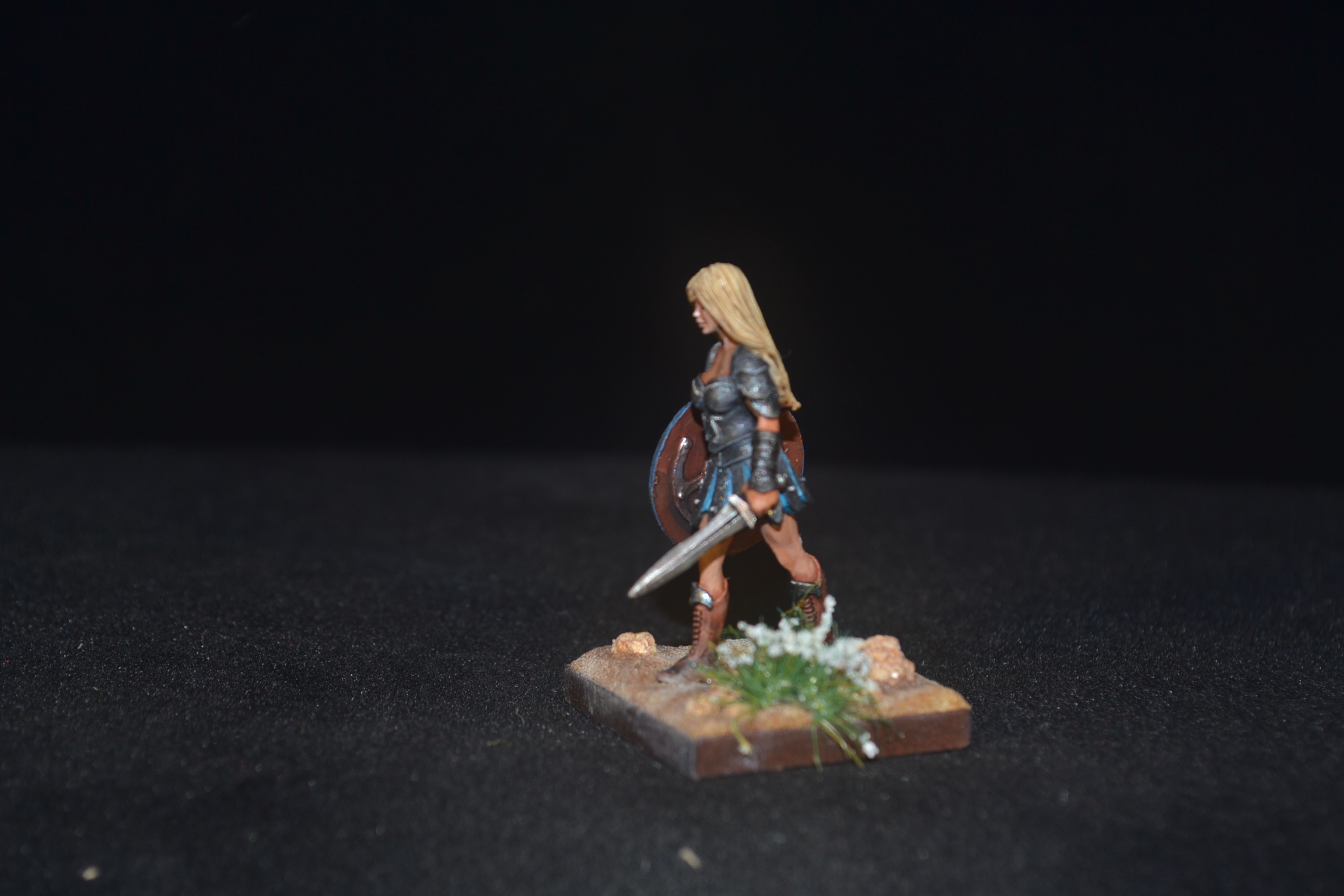 On a personal level I have never seen the point of speed painting.

I get that Gamers might prefer painted figures to non-painted figures and want them on the table quickly, even if they have been painted badly.  I can see why a commercial figure painter would want to churn things out as fast as possible.  I can even see the fun of a competition too but as none of these apply to me then I just don’t get it.

I am happy to chug along at my own pace enjoying the painting as I go.  That said a I have noticed a worrying trend.  Whilst I have never been a fast painter I am getting slower and slower.  An age thing for sure, mental as well as physical.  The good news is my hands are still steady but on the flip side they periodically cramp up and my eyesight is not what it used to be.  For now all is well but I am starting to realise that at some point in the future I’m gonna be fucked and not in the way I had envisaged!

This week I thought I would go with my top five greatest groups of all time.  Now if I’m being honest this one was a breeze to do and the reasons for that are simple.  To many groups these days are manufactured, last all of five minutes and their music is shit.  To be honest I feel sorry for young people these days.  Not only is the future of the planet fucked for them but they have no decent music of their own era to listen to either.  In no particular order:

“Time Warp” from the Rocky Horror Movie.  Now I am no dancer but when I have had sufficient to drink, by which I mean I am drunk, then in my own mind I am awesome at this!  She Who Must Be Obeyed might argue that though.

“Ocean’s Eleven”.  Oddly this film and its various sequels had passed me by.  No reason for that specifically but having been reminded of that fact I thought I would give the film a go, after all it has quite a cast.  Now maybe because the film is a few years old now or the fact that I am becoming more and more of an old git but the truth of the matter is I didn’t think that much of it.  It was OK and it was watchable but some how I expected more and my overall conclusion was one of disappointment. 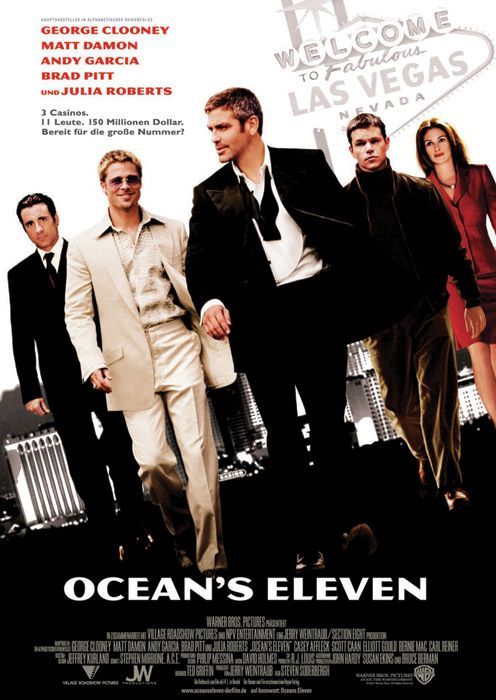 With Christmas coming up remember to jingle all the way, nobody likes a half arsed jingler.