At the end of last week I managed to make a tiny start on the top section of the tower so I thought I would stick with that and see how much more I could get done.

The top piece comprises essentially of a circular room and the turret.  As with the rest of the model it is highly detailed both inside and out.  Unpainted but assembled the three main parts look like this.

I started on the inner piece last week and managed to get both the inside and outside of it finished this week.  As you can see from the two photos below there is a lot of detail, particularly on the windows.  The leaded framework on the windows simply took an age to paint on the five windows inside and out and then there was the door to do and the walls as well.  It was painted mainly using acrylics and oil washed for the walls.  The windows were painted in the same way as referenced in part 1 last week. 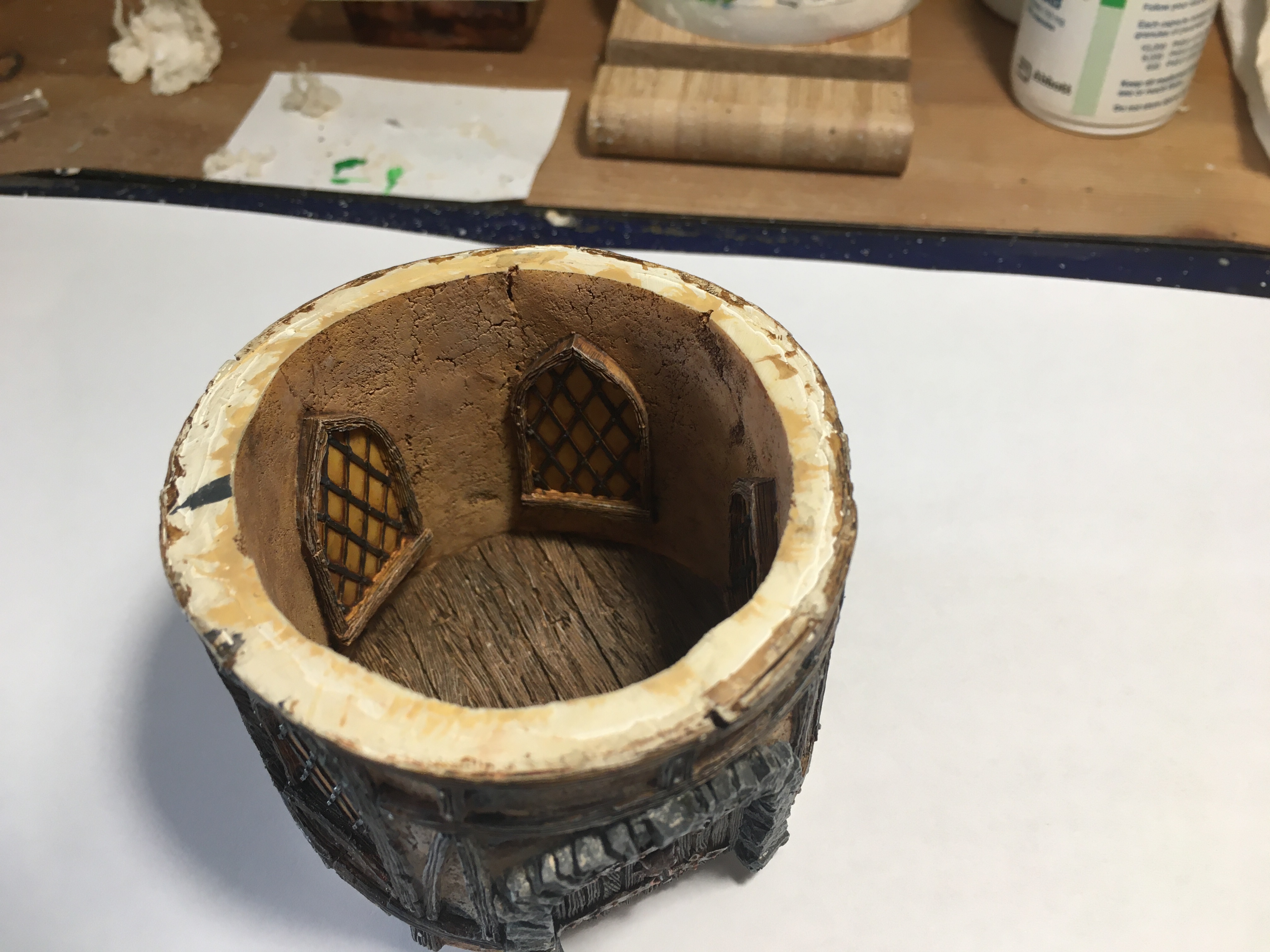 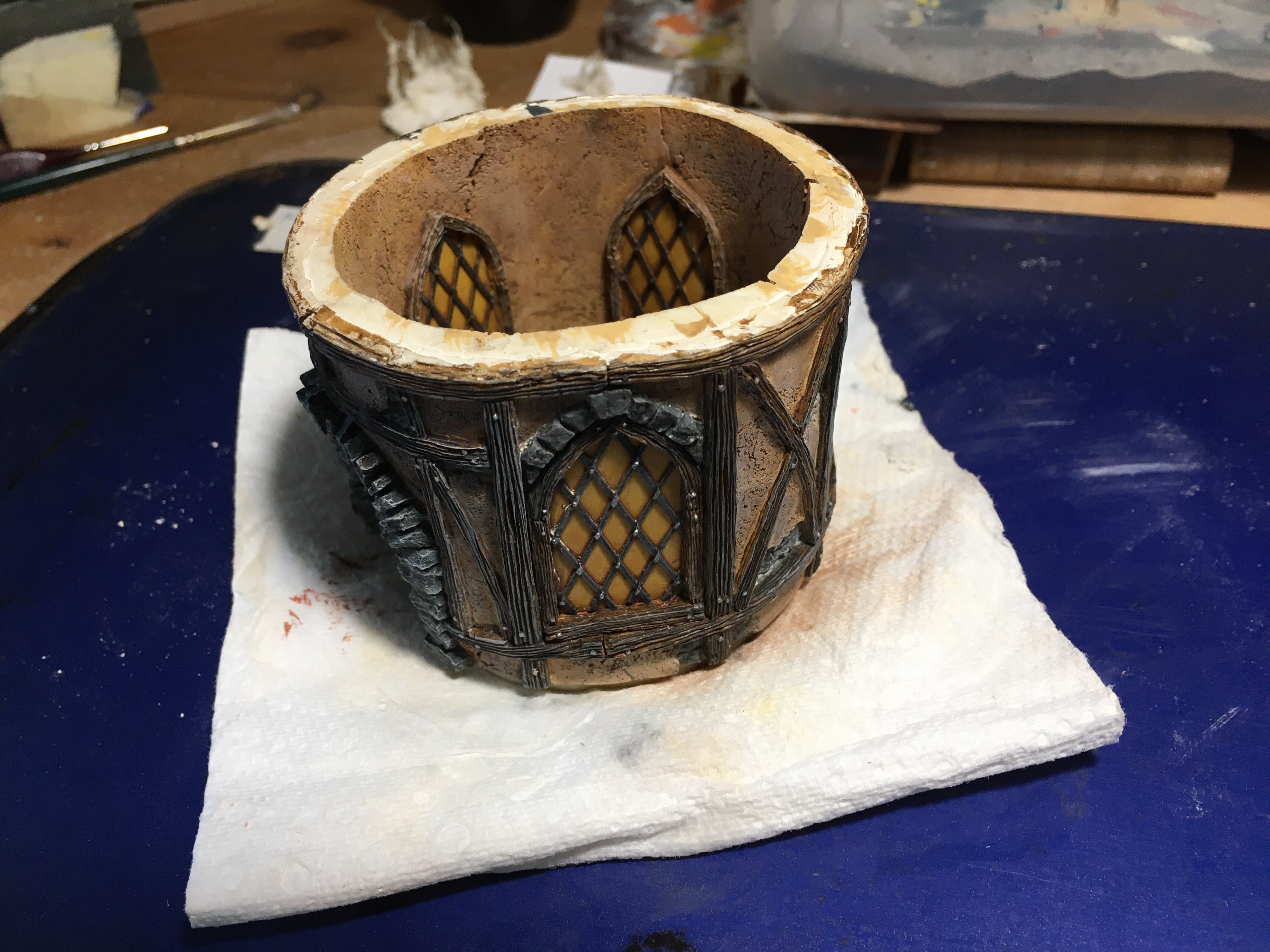 In situ this piece looks like this.  A lot of work for a piece that as you can see will be pretty concealed.  That said I will probably not glue the turret in place.  It fits perfectly and doesn’t need any filler of any sort and by leaving it that way it will be possible to then look inside.  It will also make transportation easier as well. 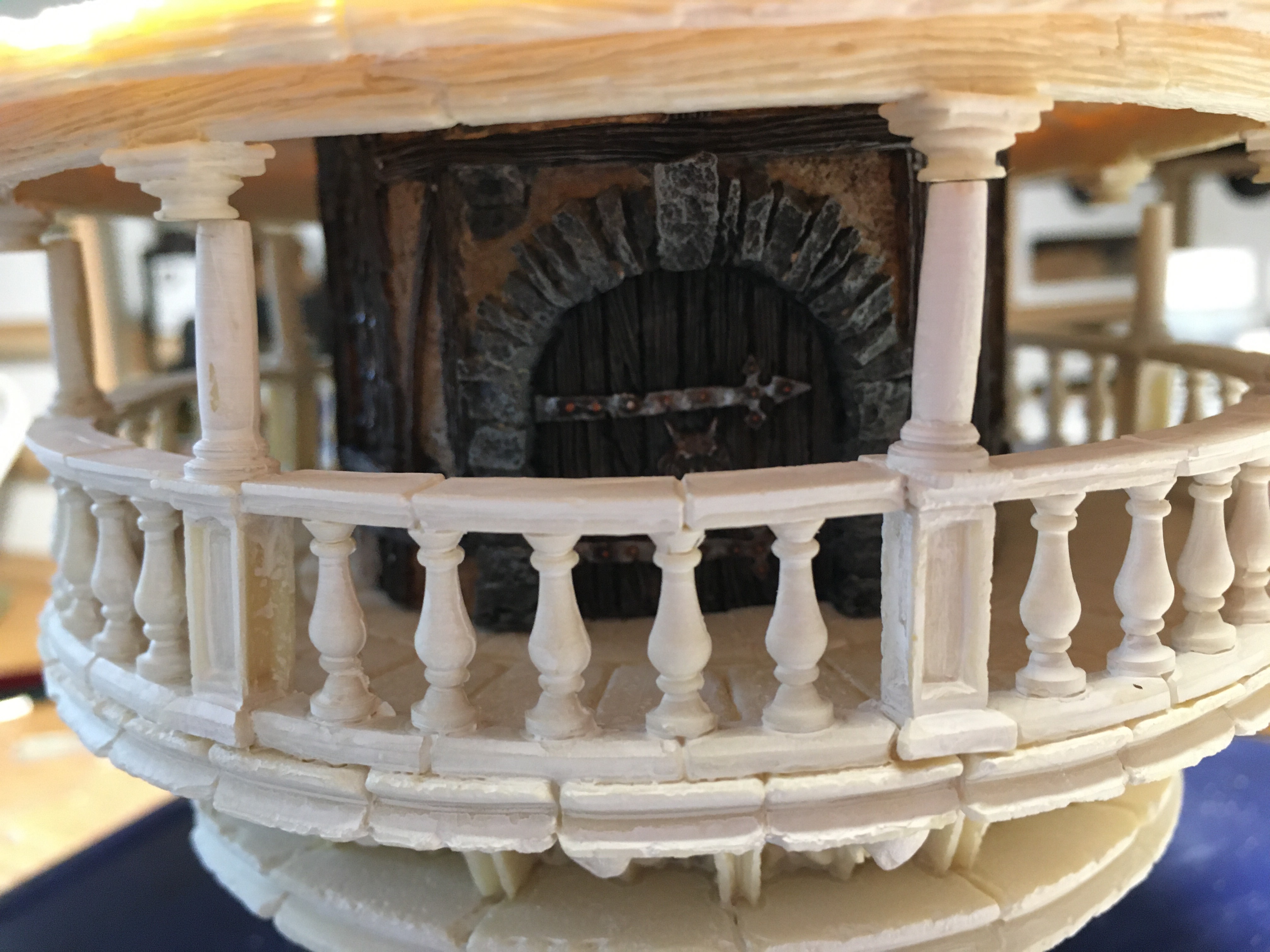 I decided my next step would be to start on the turret.  So far I have managed to get some paint on the inside.  The thing with this model is it is huge and it takes a fair bit of time to paint each piece.  I should also mention I am a brush guy.  An airbrush would have speeded the process up but I don’t own one and for now at least have no plans to buy and use one. 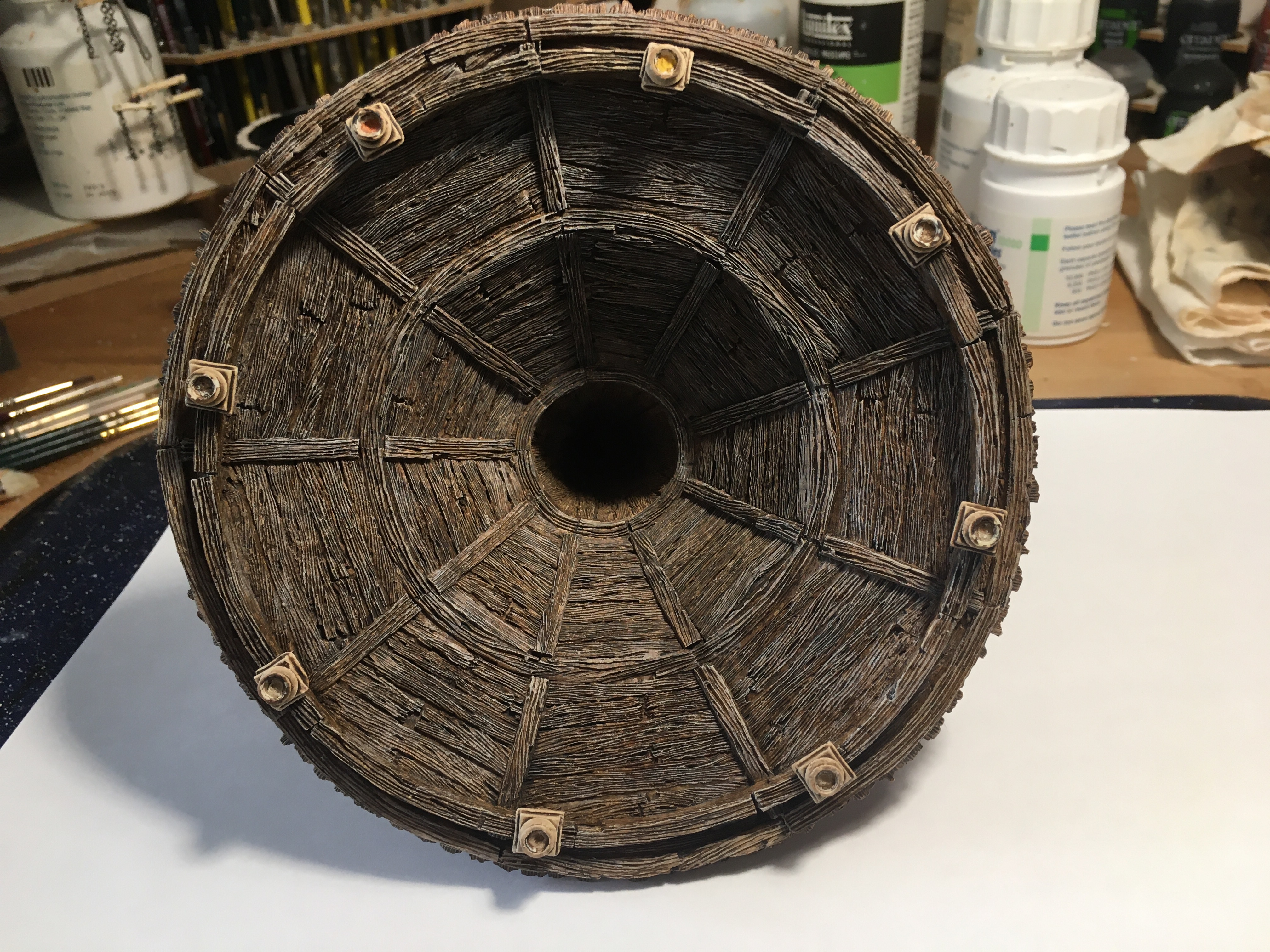 That’s as much as I got done this week.  The aim for the next one is to get the turret finished and then make a start on the lower piece.  If I manage to get that done I might assemble the tower and get a rough idea of exactly where I am at that point.

As impressive as this tower is I am hoping the base work when I get to it will be the making of this diorama along with the couple of figures I have planned.  Before I get started on them though there is a great deal more to do on the tower.