This time last week I thought there would be two more posts before this diorama was complete but it is looking now like this will be the penultimate post.

Before I started on this diorama I knew I wanted to have a bit more drama going on rather than just the tower, some waves and a wizard prancing about.  The question of course was what?  In keeping with a mystical theme I decided to have the tower under attack from a dragon if I could find the right figure.  After a fair bit of research I settled on the Narthrax dragon produced by Reaper.  There was only one problem though, the dragon was only available in the Reaper Bones range.

From what I have been able to gather Reaper Bones has very mixed reviews.  Now I am no fan of plastic but at the same time I needed to be able to bend this figure about a bit in order to position it how I wanted.  I decided I had little choice but to take a punt on it.  All I can say is I fully understand the mixed reviews.  The figure was well boxed and looked superb but the touch of it was something else.  Right from the start I knew this was something I didn’t want to paint and I can say with 100% confidence I will never do another bones figure again.  I know some of you like them and have produced great results so I am happy for this to go down as my aversion to plastic and bones models in particular.

First up I needed to assemble the thing and remove the plastic pins which slotted into the base which came with the model as I wouldn’t be using that.  Then I had to play around with some hot water to bend various body parts to get the position I required.  This took several attempts because the plastic had a life its own and wanted to spring back into its original shape.  Perseverance paid off in the end and I finally felt confident that it would remain in shape and I could start painting.

Already in the wrong frame of mind my mood wasn’t helped any when after priming the figure I learnt that you didn’t need to prime this bones figure!  Nevertheless I continued to soldier on and for the first time ever I used contrast paints.  I didn’t know quite what to expect but I found them to be pretty good and for something like this they were ideal.  I’m not sure I will use them that often but I certainly have nothing against them and can see why people would use them if they are looking for very effective and quick results.

Now the store images for the Nathrax dragon show it painted in blue.  I discussed with my inner self what colour I should go with and decided blue was probably the way to go.  Against the tower it would offer a nice contrast and with the sea and waves it somehow felt like the right habitat for a dragon of this colour.  Regrettably I didn’t take that many photo’s of the painting process.  I think I feared that if I put it down I wouldn’t want to pick it up again!  Despite everything I pretty much managed to get there with it and a few images are below.

The dragon isn’t fully finished and the uncompromising and magnified images show that it is scruffy in places.  It clearly needs some tidying up, quite a bit actually, and more dry brushing but I don’t think any of that will make for a lot of work or for an interesting post so next week we will skip straight to the finished diorama.  Well that’s the plan anyway. 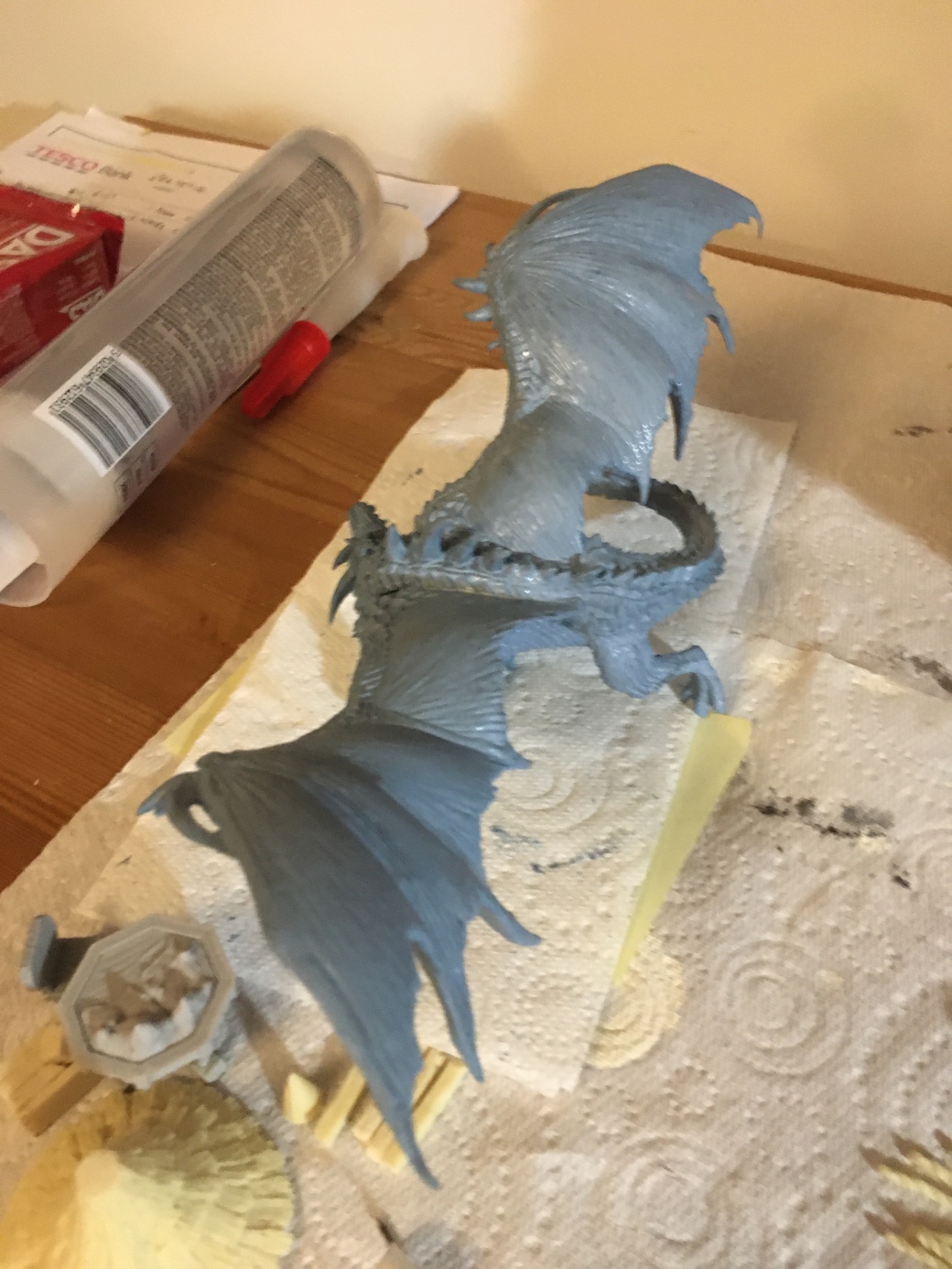 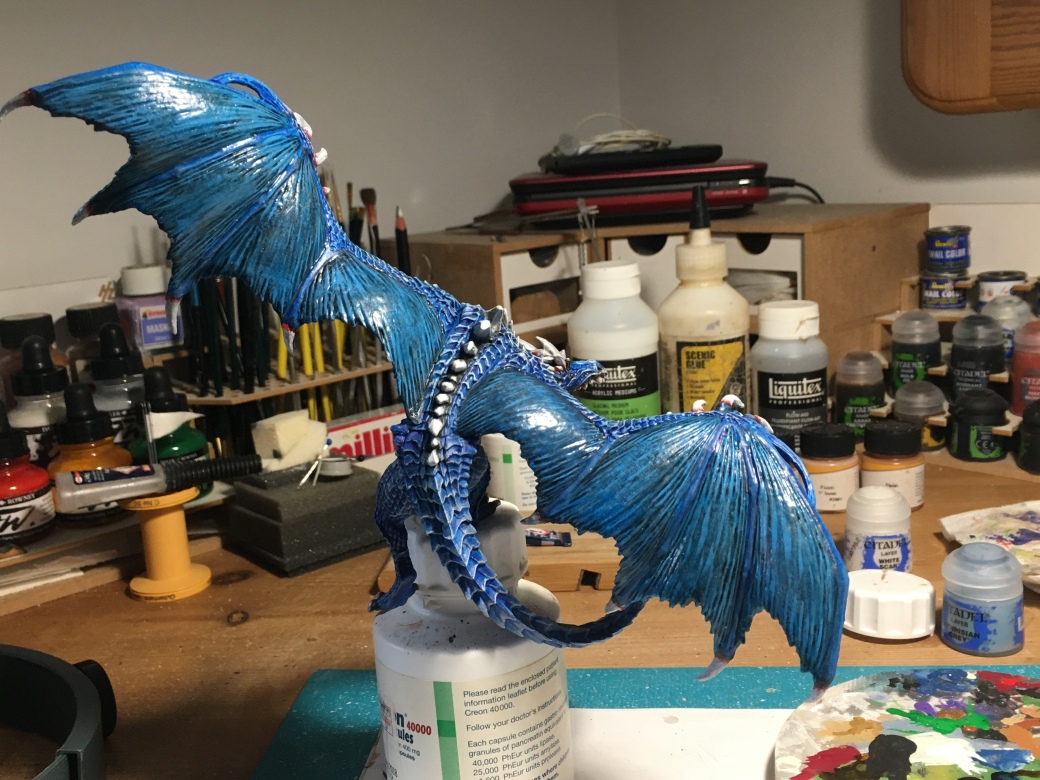 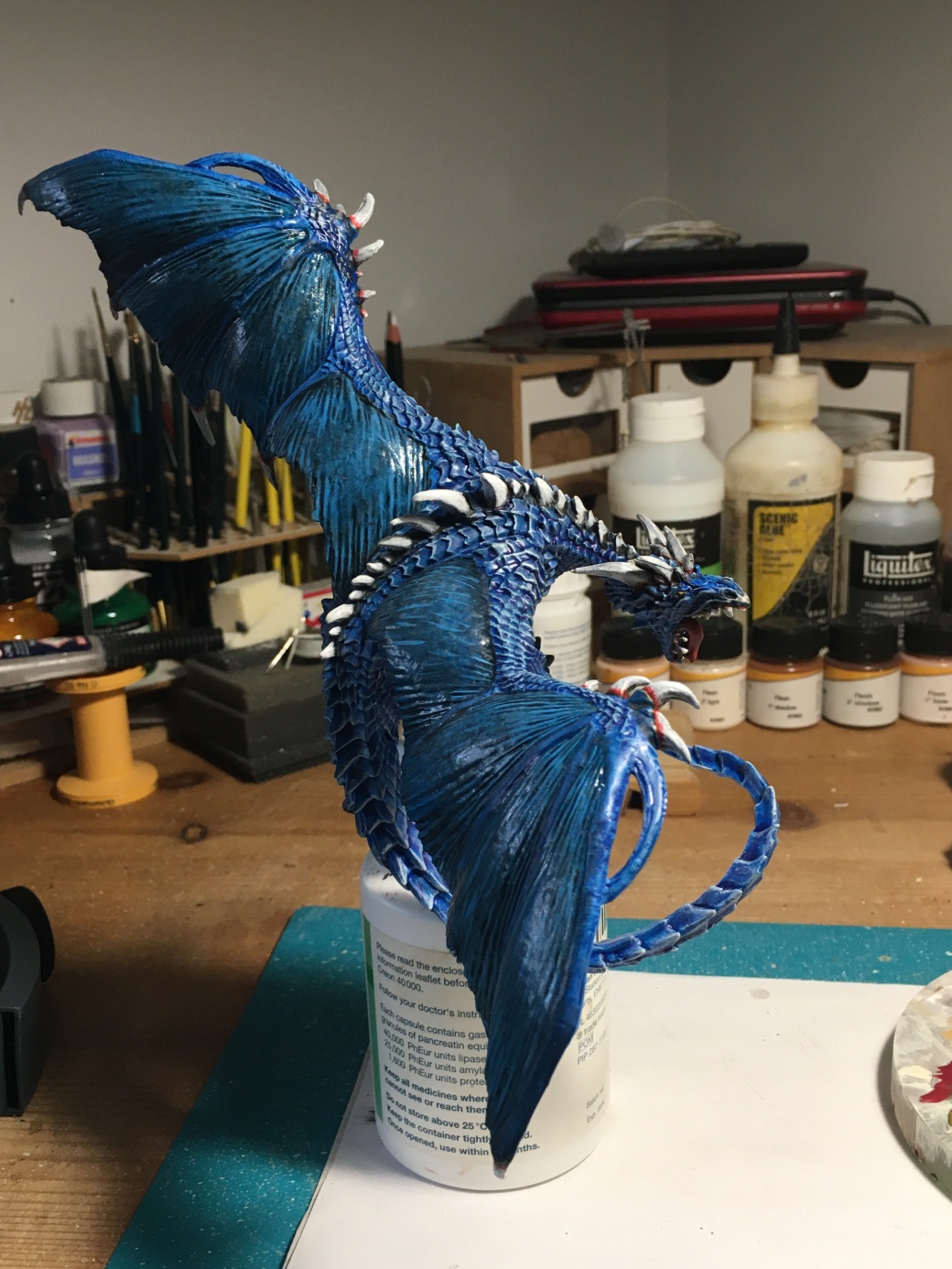