This weeks miniature is one I have posted before but there are a couple of reasons for posting it again.  Firstly I simply ran out of time to get a figure done this week.  All my energy was been spent elsewhere leaving me with less time than I would have liked on modelling and painting with what time I did have spent finalising the Wizard’s Tower.  There was therefore nothing for it but to go back through my backlog and pull out images of a past figure, something I might have to do more often now that spring and summer has hit the UK and the outdoor jobs are mounting up.  The question of course then became what figure?

Much to my surprise my first Miniatures and Musings post was published back on the 22nd May 2019 and featured a Crooked Dice 28mm figure of James Bond.  By coincidence Mark Morin invited me to observe an international online wargame involving him and some of his global buddies a couple of weeks ago which was based upon the exploits of James Bond in the film The Spy Who Loved Me.  The game was called Nobody Does It Better with the name taken I presume from the films title song.  It therefore seemed highly appropriate to go with this figure as a thank you to Mark for the invite. 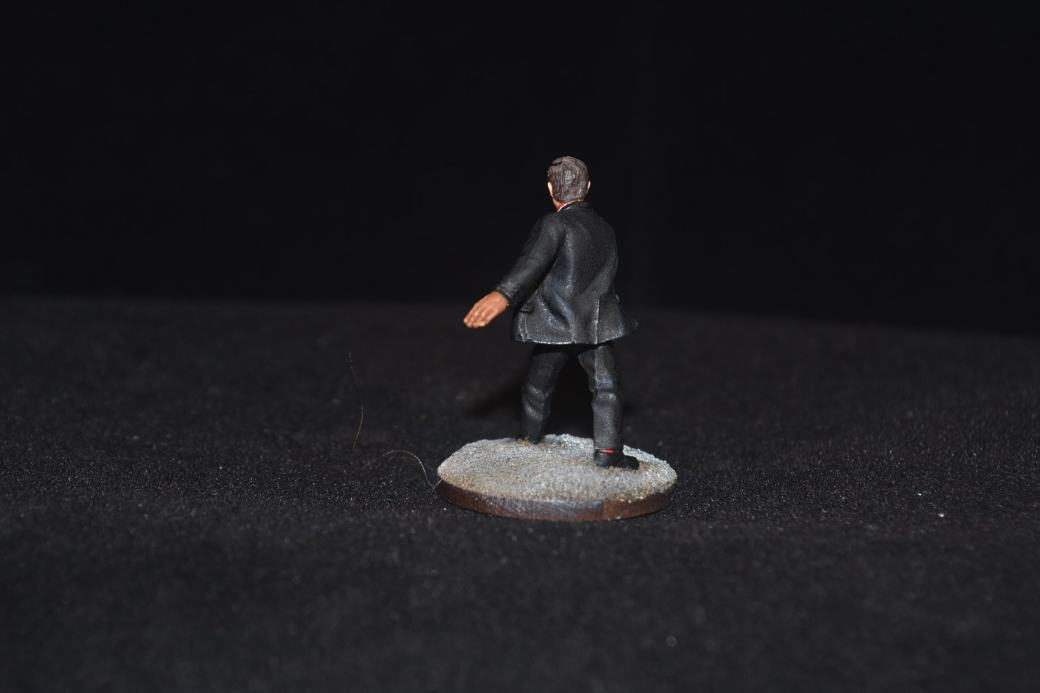 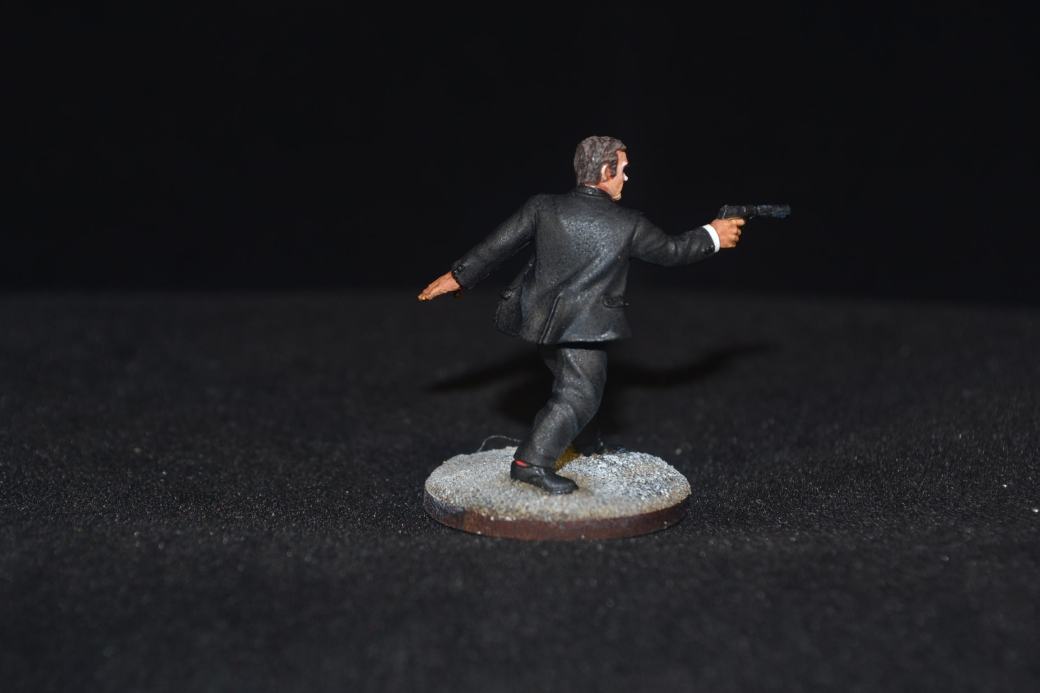 I did say last week that my Wednesday Whinge posted then would most likely be my last and that was indeed my intention.  Time to get away from politics and back to something a little more in keeping with the overall theme and environment of this blog now that lockdown restrictions have been eased somewhat and I can vent my spleen to my mate John over a beer.  However, in trying to write this post on my laptop (I usually use my Samsung Tablet) I noticed that WordPress appear to be up to their old tricks of fucking about.  On a sample of one it seems they have changed how you can add and insert photos.  Now it might just be me, I’m not the most PC literate guy and unlike Pat am unable to tap into a Technical Advisor.  I will have to take a closer look at some point and if I am wrong publish an apology to WordPress.

As of now future whinges, if any, will come under the hobby spotlight.  Unless I change my mind of course.

This week I thought I would go with song intros.  Here are my top five.  Some are slow burners but each one blows me away every time. I have even gone to the trouble of including the YouTube link so you can have a listen if you are not familiar with any.  I would suggest playing loud!  Of course there are hundreds of potential tracks out there so I may have to go with this theme again at some point.  In the meanwhile I will, as always, be interested to hear what suggestions any of you make.  In no particular order:

“Honky Tonk Women” by the Rolling Stones.  This nearly made it into my Give Me Five above but as it didn’t I thought I would include it hear instead.  You can’t beat a bit of Mick and the boys and at the time of writing I’m led to believe Keith Richard is still alive.  The man is simply indestructible!

“Traces” an excellent six part BBC series.  I do like being able to binge watch a series without having to wait week after week for the next episode.  Knew nothing about this one but took a punt on it and got straight into it.  Apparently a second series is due later this year.

Never in the history of calming down has anyone ever calmed down after being told to calm down.