This weeks miniature is a solitary Footsore Baron’s War crossbow man.  With everything else going on this was as much as I could get done in the time I had.  Not sure if I will have a post for Saturday or not.  My aim is to try to put something together from Telford if time allows and if of course I can access an Internet connection. 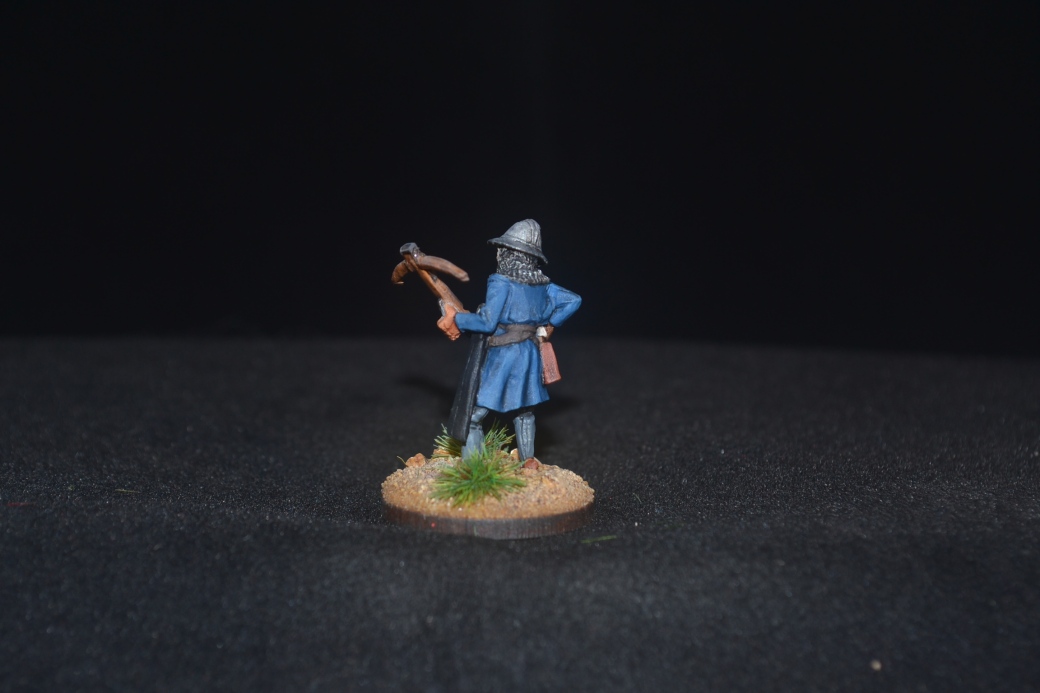 So far this week has been manic and the rest of it won’t be much better.  I had hoped to be completely ready by now for Telford but as I look around all I can see is a buggers muddle.  In fairness I think I have everything out but it’s the packing that takes the time.  Once I get that done and the car loaded I can really begin to look forward to the weekend.

This will be the first show since lockdown and it will be interesting to see if it turns out as I’m expecting.  My guess is there might be fewer traders and less people from overseas but anticipate this being offset by a large public attendance as so many people are desperate for a show.  Hopefully Salute will fair well too as it is on this weekend also.  Time will of course tell and I will be sure to provide an update after the event.

This week I thought I would take a look at movie franchises, the sort of thing where the film industry hits upon a winning formula and then keeps repeating it until it ceases to be a winning one!  That said some franchises are still going strong.  In no particular order the following have provided me with the most pleasure.  Apologies in advance to all of you who would have included Start Wars!

“Goldfinger” by Shirley Bassey.  Sticking with the movie franchise theme I delved into the James Bond title tracks.  There have been several decent ones but “Goldfinger” is way out in front as far as I’m concerned.  Great singer backed by an outstanding orchestral arrangement.  The best live version I could find but you need to ignore the first minute of the video.

“Raiders of the Lost Ark” starring Harrison Ford.  Talk of film franchises had me feeling nostalgic and reaching for my Indianna Jones boxed set.  As much as I like the other films in the series the original movie remains the pick of the crop.

Nobody notices what you do until you don’t do it.