My third mounted knight in as many weeks.  Although I still have another nine to do, as well as plenty of base work to be completed on all of them, I’m feeling a little more happy with the progress I’m making.  Yes, things are going slower than I’d like but if I can maintain this pace then I should get the diorama completed on time.

Looking at the images, which aren’t that great I must say, I think this one will need a fair bit of weathering before I’m completely happy with it.  That can come later but for now I’ll settle for how it is and move on.

Although I still have another building to do it is the figures which I am more concerned with getting done.  Many of the figures, the mounted knights in particular, need to be positioned and based before the third building can be put in situ.  Having said that I expect I’ll branch out and start painting the Barn shortly.  The idea of swapping from figures to building and back again will help me maintain my interest I think but for now I will aim to get a few more figures under my belt.  You can therefore expect to see another figure next week but probably a peasant rather than a Knight. 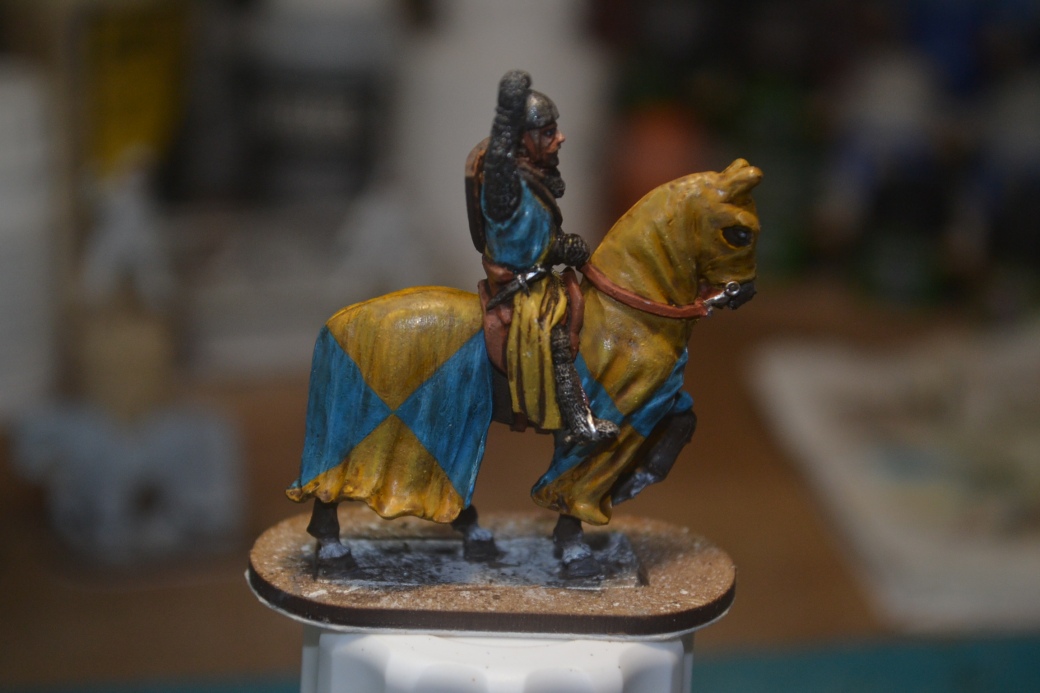 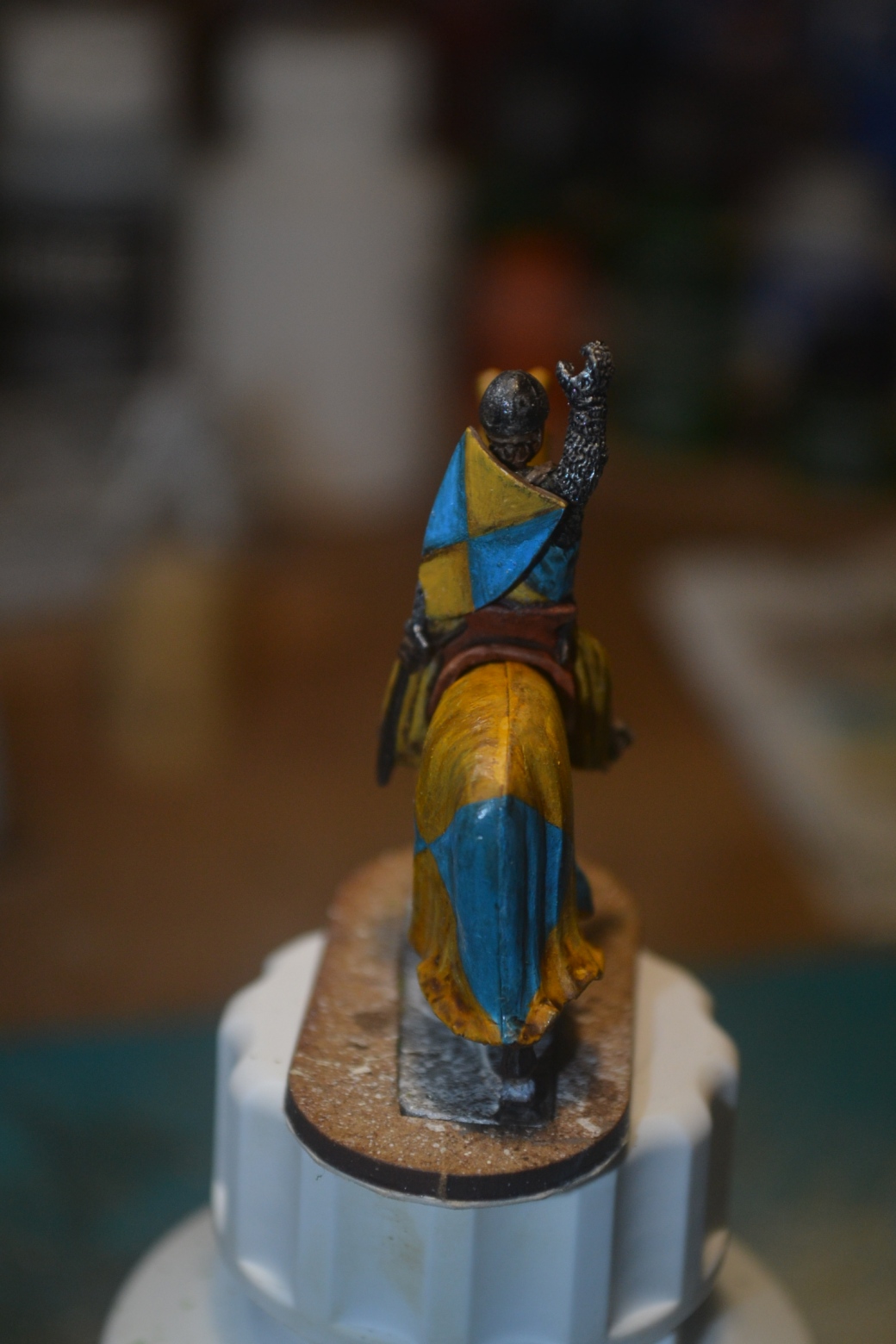