Welcome to this week’s Musings!

In bed the other night I mentioned to she who must be obeyed that I was thinking of a fantasy knight.  Judging by the look on her face it was clear we weren’t on the same wavelength.  I was thinking modelling while she … well lets just say she wasn’t!

Having been married for 36 years the need for words at a time like this are unnecessary.  Quietly we slipped into our well rehearsed fantasy ritual, one I’m sure you are familiar with.  Yes, I’m talking about the one where one of us pretends to be a sleep while the other reads a book.

Something I am occasionally asked is “how long did it take you to do that?”.  The answer to this question is purely guess work as I do not keep track of such things.  I typically sit down at my desk and work away to a background of either music, a film or football.  So was when I was asked recently “how long did it take you to tile that roof?” I replied – “Well, the front took me the entire time it took to listen to the Rolling Stones Sticky Fingers album followed by David Bowie’s Ziggy Stardust and the Spiders from Mars. The back took as long as Sgt Pepper by The Beatles, Tina Turner’s Greatest Hits and Thriller by Michael Jackson”.

I’m not sure this was the answer the guy was expecting but undeterred he then asked “Is there anyway to do it quicker?”.  “Yes” I said “don’t sing along at the same time!”.

Don’t blame me blame the dog!

Let me introduce you to Buddy. 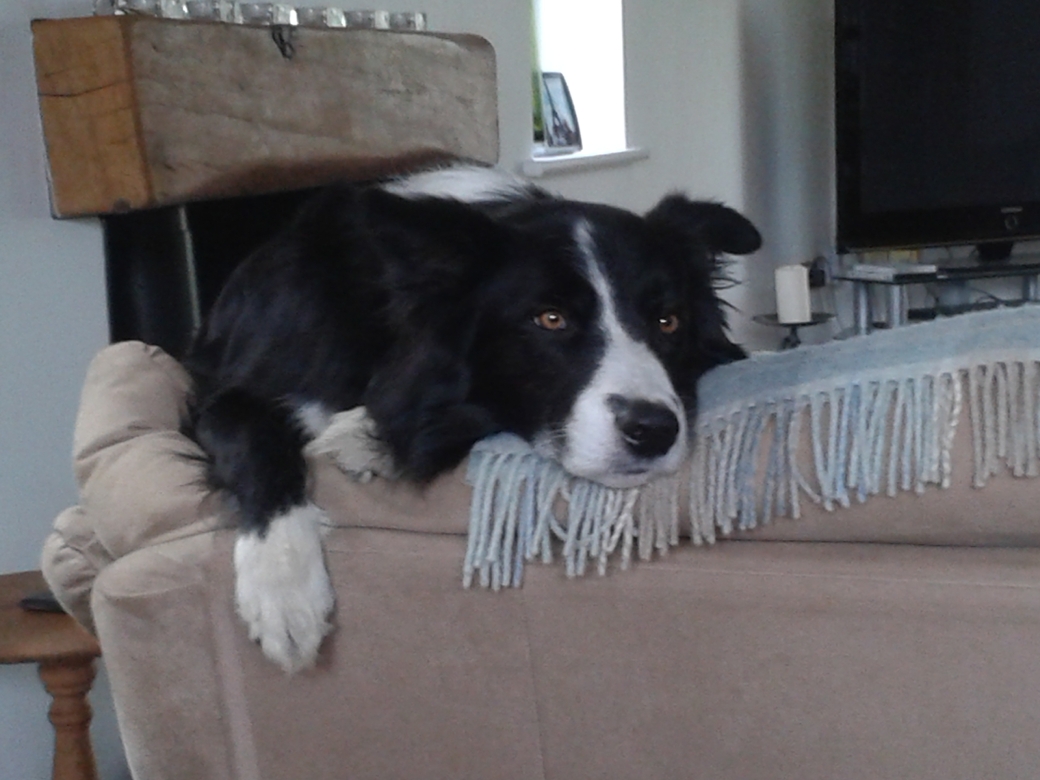 Buddy is a border collie and he is largely responsible for the creation of the Mid Week Musings.  But how can this be, he is only a dog?  I shall explain.

Like most dogs Buddy needs to be walked and like most men of my age I need exercise.  I don’t think I’m in bad shape but let’s just say if it came to running for a bus I would fall into the wait for the next one to come along group.  In a typical week Buddy and I walk around 35+ miles.  Sometimes more, sometimes less, much depends on the weather and how wet I want to get.

The amount of walking we do in a week has a significant bearing on how much thinking time I have to myself.  It’s when I’m walking the dog that I either problem solve or simply allow my mind to wander aimlessly.  Much of this thinking time is devoted to modelling which in turn often gives rise to Musings.

As Buddy and I get older the walks will get shorter and so I expect will the Musings.