On the 7th August 1888 the first of 11 murders potentially committed by a murderer later to be known as Jack the Ripper took place.  The victim was Martha Tabram and the location for the ghastly crime was George Yard (now Gunthorpe Street), Whitechaple, London.

A few year ago now I started to investigate my family history.  I was aware of a lot of things but unaware of far more. Part of my research revealed that my great-grandfather and his family had lived in George Yard at around the time of the Ripper murders. At the time I was unaware of the association of George Yard and the Ripper but when I googled the address out of initial curiosity it went ballistic! Since then I have been more than a little intrigued by Jack the Ripper and have read and acquired a number of books on the subject.

It was when I was looking for a suitable figure for the first model in my WW1 project that I discovered a set of four figures which included the newspaper seller.  The other figures were a women, since used in another WW1 model, a policeman and Jack The Ripper.  The latter two figures were primed but remained in my bit box neglected until the May Challenge got me sifting through my old stuff, which is the aim of course.  Using various bits and bobs I decided to put together a little vignette.  Another neglected figure was used to provide the corpse.

The macabre is not something I would describe as my usual modelling fair but it was fun to do.  Not sure where I’d go with this genre if I chose to do something else but my mind is open to the possibility.

Getting everything onto a small base (4.5cm x 4.5cm) proved to be the toughest challenge but I got there in the end.  Scratch built roof, brick and wooden walls together with some rolling pin cobblestones set the scene.  Painted mostly in oils over acryllic undercoats. A wet wipe was used to create the tarpaulin covering the victim. 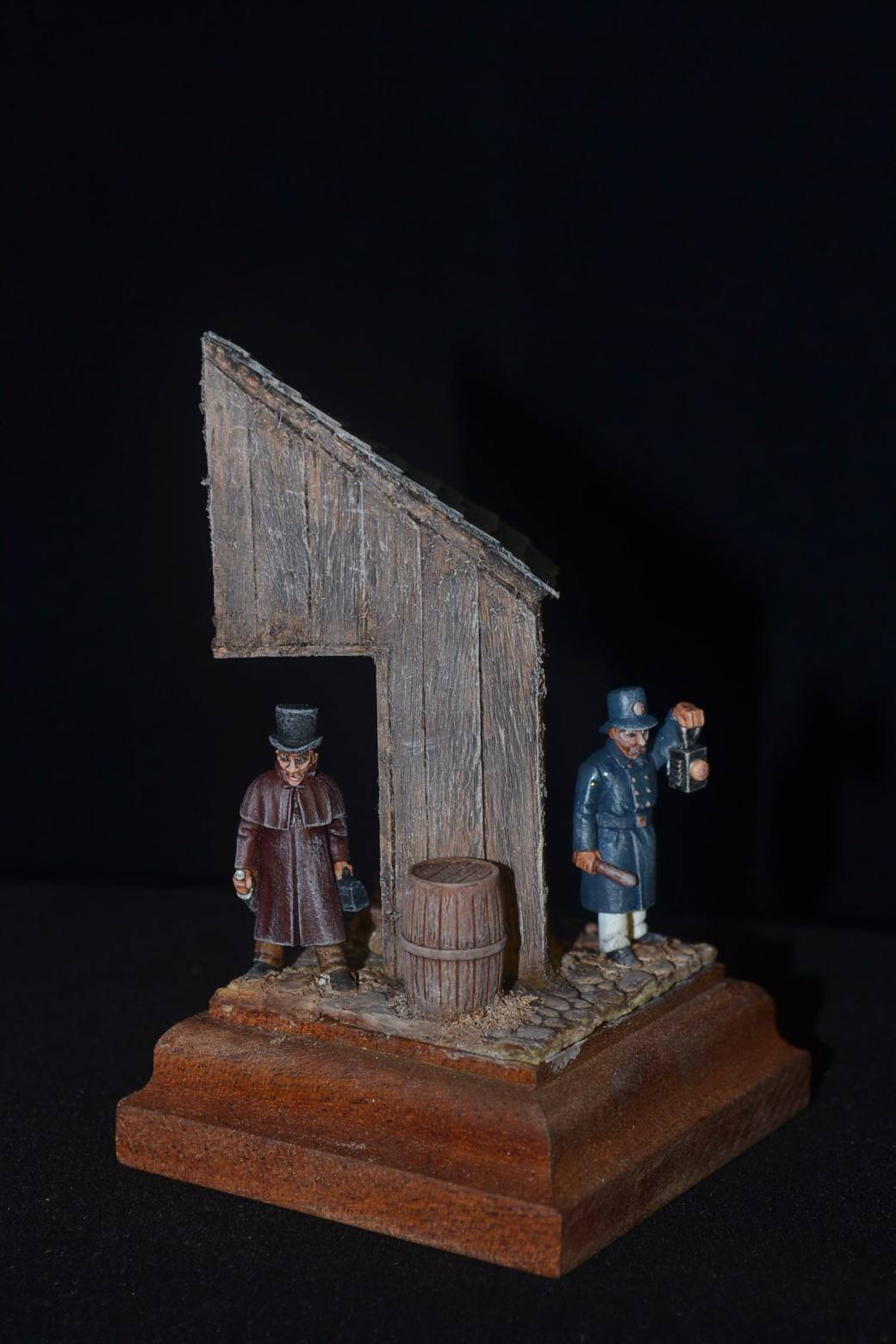 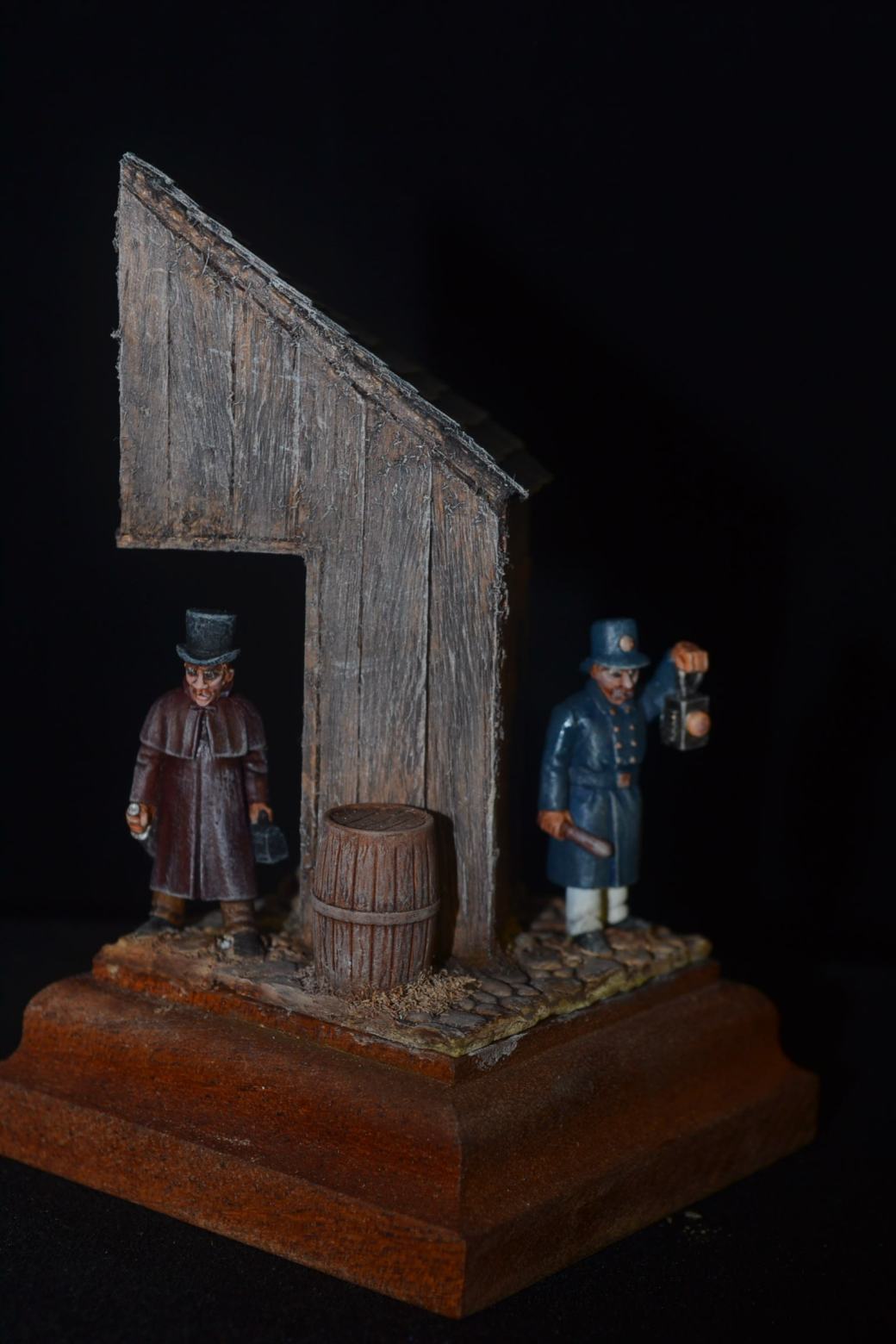 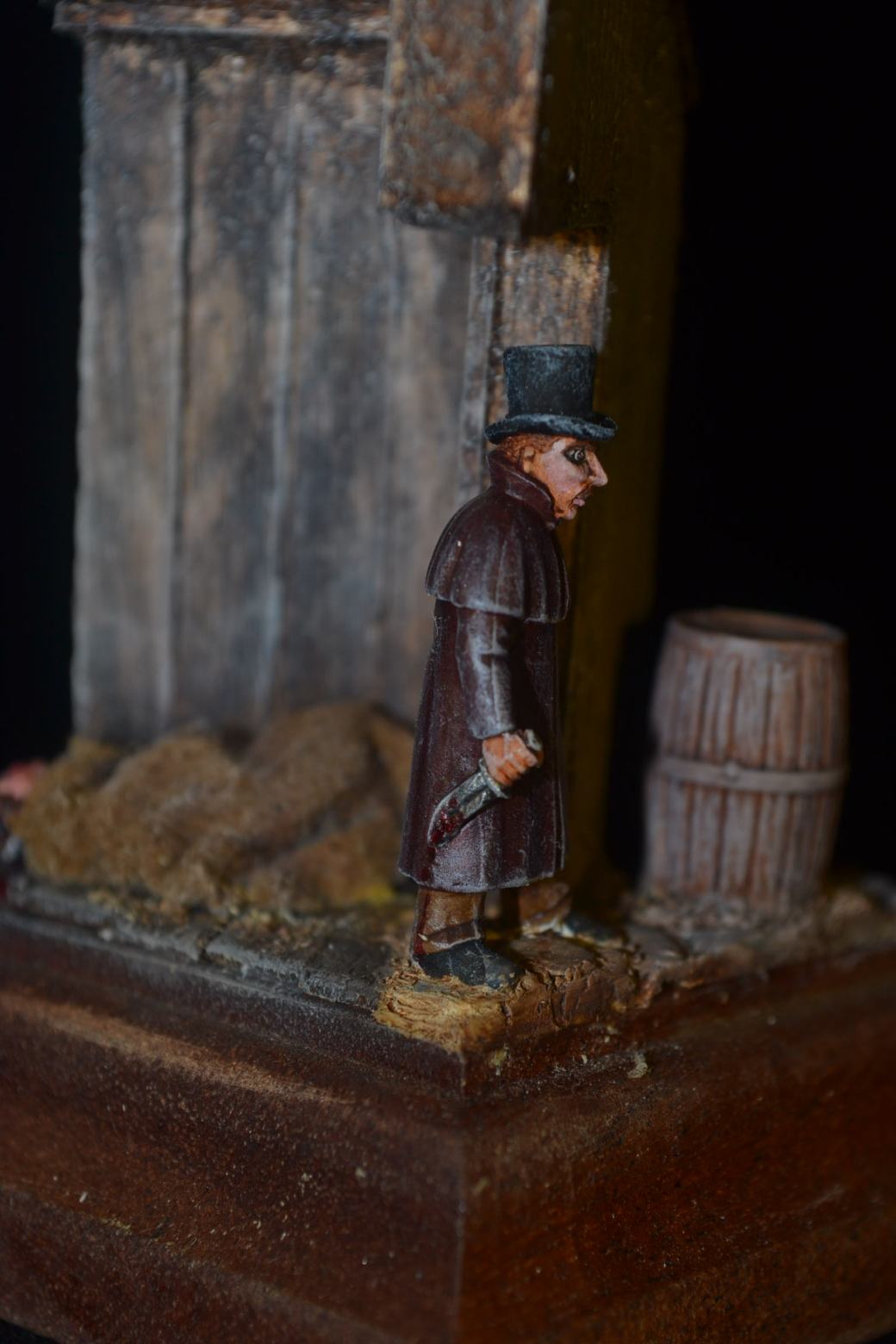 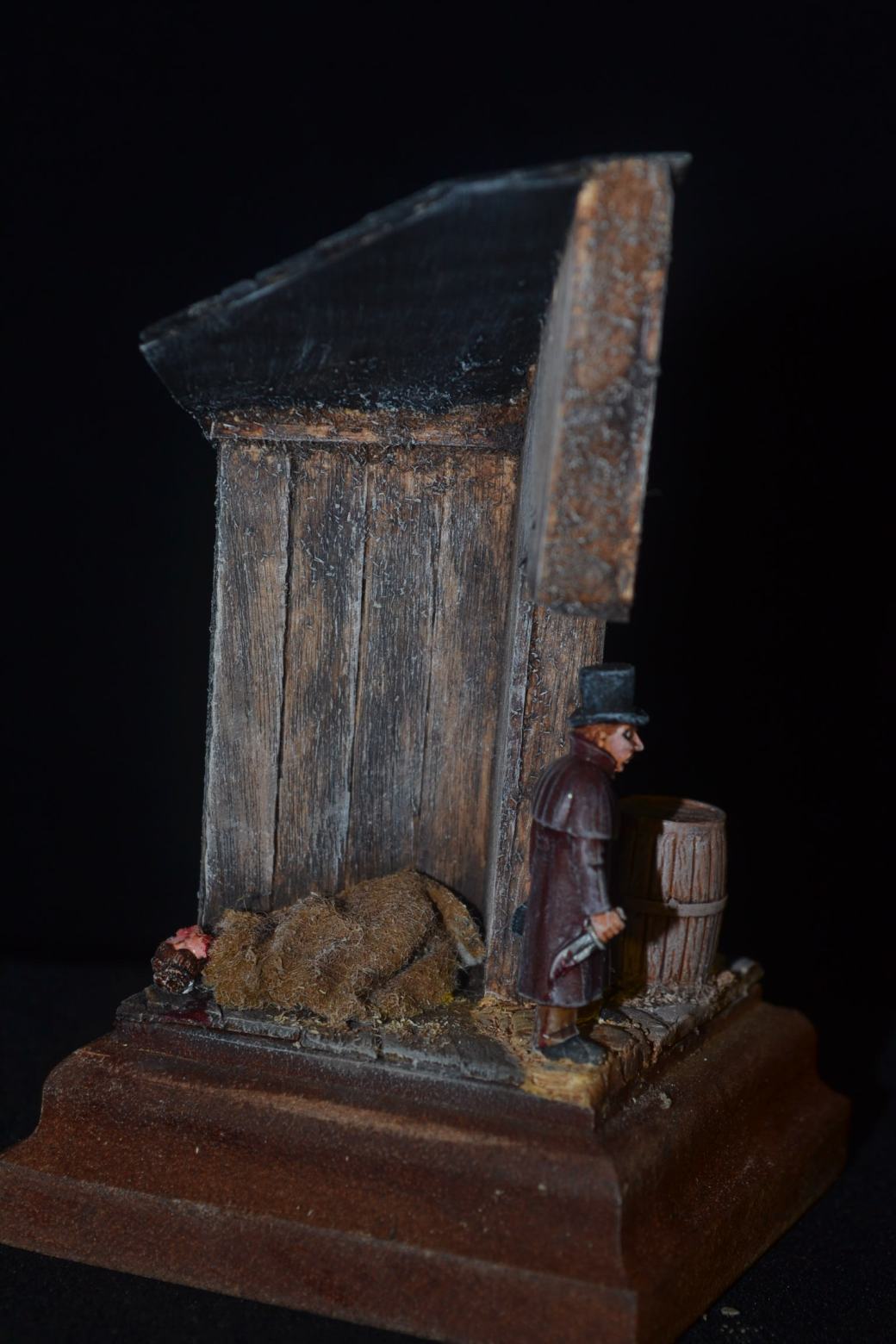