This will be my last post for a week or so.  Tomorrow I’m off to Southampton with She Who Must Be Obeyed and She Who Thinks She Should Be Obeyed leaving He Who Isn’t Obeyed Either in charge of the house. We are going to catch a P&O ship which will sail out on Friday which is our Wedding Anniversary – 37 years and still bloody counting!

We are off to Amsterdam where I am hoping to see some different models(!), followed by Bruge and Guernsey.  All in all an ideal opportunity to reflect on where I am with my modelling and what I hope to achieve in the weeks and months ahead. Then again I might just eat and drink to excess!

Missing you all already!

Well Salute has been and gone but what a great day.  As yet I haven’t had a proper chance to look at the photos I took so a follow up post at some point after I return to Blighty will be forthcoming.

The day itself started bloody early, 4 am to be precise, but at least all the various connections slotted into place and free WiFi on the train helped pass the time away.  Half my cheese and pickle sandwiches (can you believe I had to make them myself while SWMBO stayed in bed!) were eaten for breakfast as they had fallen apart in transit but they, along with Great Western Railway black coffee which cost the price of house when I was a kid, kept me going.   Duly met up with my brother near the ExCel Centre and we were on our way.

Upon arrival we were given a goodie bag, more on that later, and entered the exhibition hall.  Immediately on our right was the Mag Bellum stand which as many of you will know is a manufacturer which none other than our own Alex of “Leadballoony” fame is an active supporter of.  More than that, Alex was actually in attendance!  Really nice to put a face to a blogging name and I must say what a top bloke.  My only disappointment was the sympathy he seemed to have for SWMBO!  I must also add that one of Alex’s recent posts where he made reference to Mag Bellum’s tile gaming board was spot on.  I’m no gamer as you know but it really did look a quality item.

Thereafter my brother and I spent our time browsing.  Not surprisingly many of the trade names I was very familiar with due to countless internet searches but as is always the case, seeing things up close and personal makes so much difference.  By way of an example I had always rated the western buildings produced by Sarrisa and 4Ground to be superior to those by Blotz.  Having seen them all in the flesh Blotz wins hands down and I shall be making some purchases once I’ve worked out exactly what I want in due course.

Equally unsurprisingly I came across a great many manufactures I had never heard of – Micro Art Studio a Polish company, Crooked Dice a UK brand and Atlantis Miniatures who have an interesting kickstarter coming out mid May for some wood elves to name but a few.  I will be looking at all of these more closely as they had lots of figures which really caught my eye.  I did buy a couple of figures from Crooked Dice and in due course I will let you know what I really think of them once they are painted up.

Personally I found the show to be very busy although Subedai of “The Lost and the Damned” recently posted that he felt the show was down in numbers compared to previous years.  With nothing to compare to myself I will have to take his word for that.  For my part all I can say was that getting to the front of some of the stands to browse was a pain in the arse at times.  Patience is a virtue as they say and getting the chance to check things out was well worth it in the end.

Plenty of games and gaming boards were on display and although these were at the bottom of my list of things to see I must say there were some pretty impressive layouts on show.  Subedai has put some great photos on his blog already and if you haven’t checked them out yet then I would encourage you to do so.

I made a point of checking out the Painting Competition which was a mixed blessing.  On the one hand it was great to see some truly great stuff, on the other it made me realise not for the first time that as much as I am pleased with what I do there is so much room for improvement.  Age is no barrier although arguably time left on the planet is.  In any event my aim is to seek improvement and gaining inspiration from such talented people cannot be a bad thing.

A quick break for lunch saw us back on our feet and doing more of the same.  I decided in the end that my tactic would be to pick up as many leaflets as I could so I could check out sites of interest at my leisure once I got back home.  All though I did a certain amount of preparation ahead of the show I felt I should and could have done more.  Doing so would have enabled me to home in on some of the things I wanted to see more but at the end of the day this was a first experience and you don’t know what you don’t know.

While on the train journey I got a message from John of Just Needs Varnish telling me that however much cash I had on me it wouldn’t be enough.  As it turns out I had enough cash but only because I put a load on the credit card!  For any future Salute virgins I would suggest setting yourself a budget, then doubling it and then just to be on the safe side double it again and make sure you have a healthy balance on your credit card.

On the way out I bumped into Alex again.  He and his mates had had a great day but fare to say they looked knackered.  To be more accurate “Fucking Knackered” was how Alex referred to it!

On the long journey home I mused over a couple of things.  Firstly, would I go again?  The answer was a definite yes but perhaps not every year.  Having now had a little longer to reflect on it I think every year doesn’t sound such a bad idea after all!  Secondly, how to get all my purchases into the house and passed SWMBO?  With time to conceive a cunning plan I settled on the old tried and tested “Why don’t we meet in the village pub, I’m gagging for a pint and I’ll see you in there?” routine while I went via the house to stash my gear.  Worked a treat right up to the point where on arriving in the pub I was greeted by the words “Did you manage to hide everything away OK?”.  Bollocks!

Finally, back to the Salute goodie bag.  As I mentioned I went to the show with my brother who is neither a gamer or modeller but was happy to come along and take a look at his little brothers sad world.  As a consequence I was bequeathed his goodie bag as well.  In each bag there were two figures, see photos below, one metal and one plastic.  Whilst for now I may keep both of mine (and may paint them up) one thing is for sure, I don’t need both sets.  If any of you are interested in either figure please feel free to drop me a line in the comments.  The two most grovelling responses as judged by me will each receive a figure posted free of charge to wherever you are in the world shortly after I get back from holiday; we can exchange address details via my contact page in due course.

… the sun lightens our hair, but darkens our skin?

My mum and her brother loved Elvis and I have to say so do I.  Although his hey day was a little before my time he was still going strong in my primary and teenage years.  His contribution to popular music and Rock ‘N’ Roll in particular was immense.  I recently discovered a couple of re mixes on YouTube which I liked which also feature some cute girls Shuffle Dancing.   I reckon if I was pissed enough I could dance like that even with two left feet!  Links below.

… Some Kind Of Wonderful. 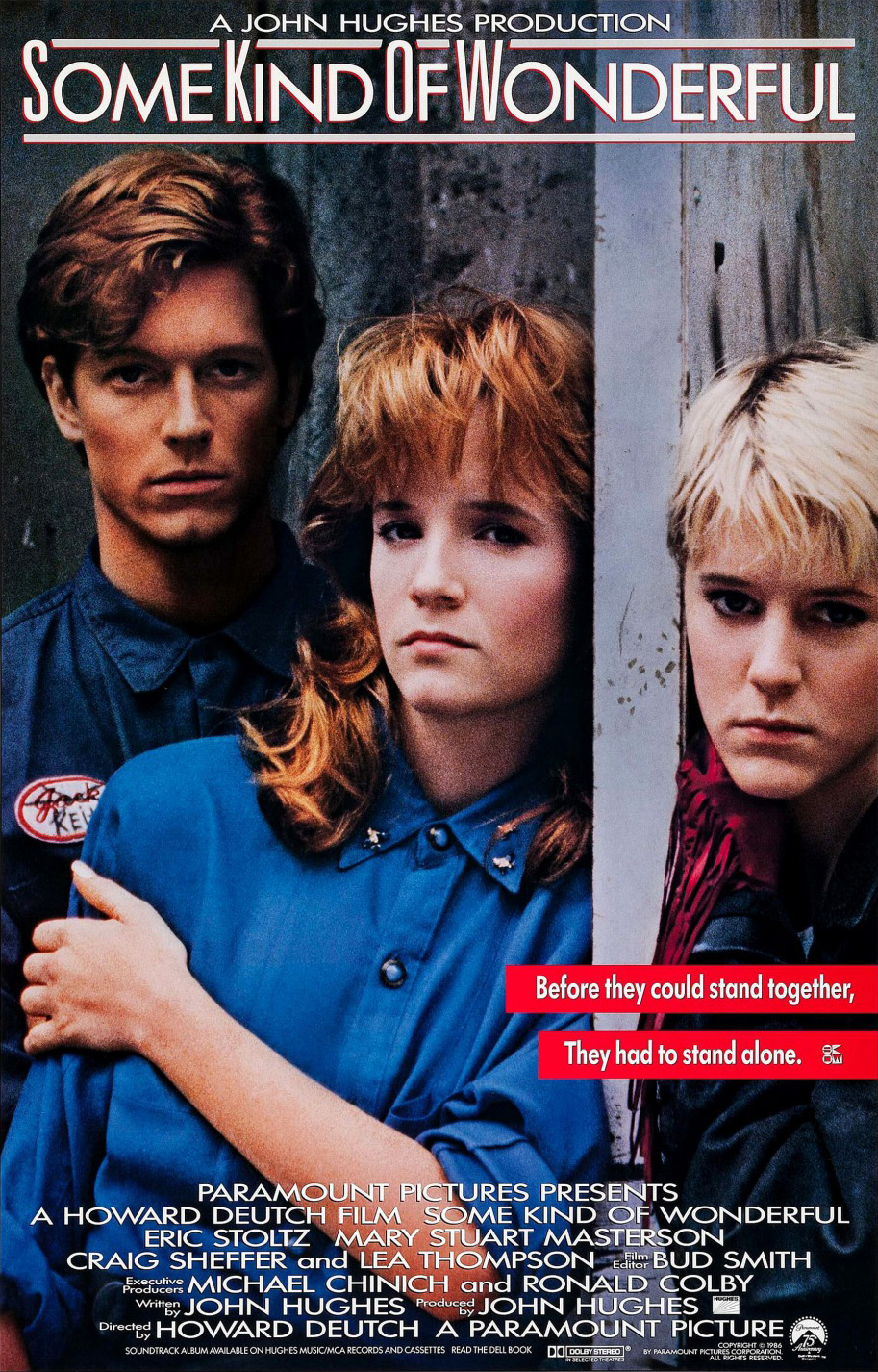 In the 80’s John Hughes directed a number of great teen based films which included Ferris Bueller’s Day Off,  Pretty In Pink, Uncle Buck and The Breakfast Club.  All classics in there own right but “Some Kind OF Wonderful” was my personal favorite.  Having a red head as the male lead probably swung it!

Until the next time.