Welcome to this weeks Miniatures and Musings!

This weeks mini is none other than Lord Flashheart himself.  Just couldn’t wait to paint this one so everything else was pushed to one side.  I just had to dooooooo it!

The only comment I would make on the paint job is in respect of his coat.  When you watch the clip (see last weeks post) it is clear his trench coat has a waxed kind of shine to it.  It certainly isn’t matt that’s for sure.  To replicate it I simply applied a medium gloss varnish.

To give the show its correct title it is the IPMS Torbay and South Devon show which is located in Torquay.  For those of you who do not know, Torquay is situated along the coast line known as the English Riviera and is famous for its herds of Wildebeest.  For further information on Torquay you may wish to check out this very informative tourist video clip.

The show isn’t the biggest in the South West, that accolade belongs to the Plymouth show which is being held at the end of next month.  Nonetheless the show is a reasonable size with around 25 plus clubs in attendance along with a good number of traders.  This was my first ever visit and it didn’t disappoint.  Having gone to a few shows now I have started to recognise some familiar faces all of which adds to the enjoyment of the occasion.

There were some great models on display and I never cease to be amazed by either the standard on display or by the variety and imagination of the modellers themselves.  Shows can be a great source of ideas and this one was know different.

I didn’t take many photo’s on account of a low battery but I managed to take a couple.

The event also has an annual competition which I decided to enter.  My first entry was in the Single Figure category and I elected to submit my Rooster Cogburn, True Grit figure.  The model came third overall which I was happy with, not least of all because the category is a popular one.

In the Fantasy Category I entered The Dragon Slayer.  This one came a very respectable second.

My third and final entry was in the Diorama Category and I decided to go with my newly finished The Wizard’s Library.

Much to my delight this one came first in its category for which I not only got a certificate but a rather nice personal trophy to go with it.  Thinking that was it for the day and feeling more than a little chuffed with my first ever modelling win I then had another very pleasant surprise.  Unbeknown to me at the time, the event also has a Best In Show category which is determined by electing an overall winner from all the individual winning categories.  I’m not often lost for words but I was on this occasion when I heard my name called out.

All in all a great day.

There is a post script to this story though.

As much as I was pleased on a personal level I was also delighted with the recognition of the scale.  My experience to date is a little limited as I have only been to about a dozen shows but typically 28mm/32mm scale doesn’t get a look in.  Considered understandably to some extent as War Gaming scale it rarely has a chance up against the far more popular scales of 1/32nd or 1/35th which dominate every competition category.  Strike one for the mini figs! Category winners, again in my limited experience, invariably seem to come from the WW2 genre so a Wizard win was also something of shock too.  Strike two for mini figs fantasy genre!

So, why did this one win?   That’s a question I’ve asked myself a few times since the show.  Obviously it would be great to repeat a winning formula but that is easier said than done.  Personally I think its success on the day was simply down to the fact that it was different but hey, who cares?

This Week TIM has been listening to …

… Madness and One Step Beyond.

I do like a bit of Madness from time to time and this track is a personal favorite.  There is a reason.

I love my football (soccer), have done since the age of about 5 when my dad took me to my first match.  Coming from south west London we are a family of Chelsea fans.  I wont bore you with football tales, of which there are many, this is a modelling blog after all and I’m guessing most of you have little or no interest in the game.  The track however is very popular amongst us Chelsea fans and never more so than last week when we won the UEFA cup.

At this point you are free to boo and hiss!

It’s been a while since I watched this one but whenever I do it never fails to impress.  Simply an excellent film. 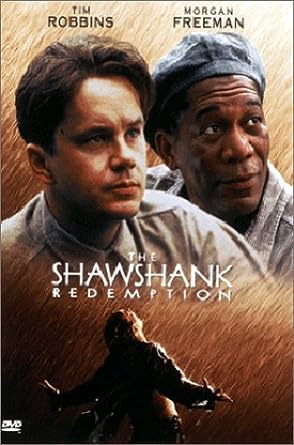