Fortunately just before going away I had a nearly completed mini which I have been able to finish off quickly for this weeks Mid Week Miniature.

What we have here is 28mm Hasselfree Miniature which goes by the name of “Ulfred”.

Back in the Saddle

After a couple of weeks absence from having been on holiday I am back in the saddle, revitalised and raring to go!  As much as I enjoyed the holiday I missed the brushes.  Needless to say there are a number of things which need doing the moment you get back from being away but hopefully I will be on top of those shortly and fully back on track by next week, fingers crossed.

Although I didn’t post anything myself I did my best to keep up with everyone else’s blogs.  Apologies if I missed any and in some instances failed to comment but it is hard to type while holding an ice cold beer in blazing temperatures while at the same time trying to convince She Who Must Be Obeyed that I was reading my book or looking at something cultural instead of checking out another scantily clad beauty which just happened to be walking by.

For reasons I am still unable to fathom she was unmoved by the sincerity of my words – “Why would I have eyes for anyone else other than you my darling, you are the love of my life?”.   Which rather neatly leads me into …

The inspiration for this mini series comes from John at Just Needs Varnish.

In a recent article John flirted with the idea of finally retiring with the aim of being able to spend more time modelling and painting, a perfectly undertsandable desire.  However, John (and I suspect he is not alone) fears that his good lady wife may well have alternative plans for his time and thus he could, horror among horrors, conceivably have less time at his disposal rather than more.

As someone who has an in depth knowledge of the female mind and how it works I thought I would help John out here with a weekly step by step guide to some tried and tested techniques for ensuring he gets all the hobby time he needs.  Over the coming weeks these steps will build into a handy guide which even you younger guys might want to file away for future reference.  A word of warning though.  Do not under any circumstances allow your wife/partner to see this.

Stress that your retirement is for both of you and that the other 3 days you will spend doing your jobs list and helping her with tasks such as dusting, shopping, cooking, etc. so that she too can have time to call her own.  Remember to tell her that you love her and that your retirement is about sharing time together and the best way to do that is with a mix of personal time and shared chores.  Unless you married a complete idiot she will know you are up to something but wont be able to fault the logic.

You should now have 4 days to call your own.  Over the coming weeks we will address how to go from 4 days a week to 7.

Nick Cave and the Bad Seeds and “Red Right Hand”.

For those of you who are unfamiliar with this track it has been adopted as the theme tune for the UK TV series Peaky Blinders (see below). 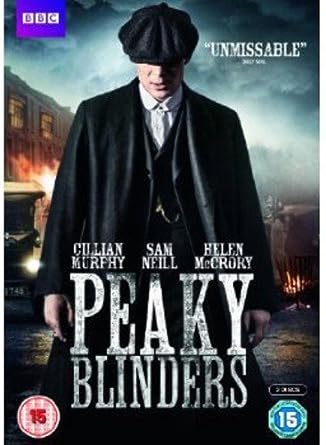 I have been meaning to watch this series for quite a while now but for various reasons I hadn’t gotten round to doing so.  Going on holiday provided me with the ideal opportunity to down load series 1 and watch it as we cruised from place to place.   Put simply the series was brilliant.  I had hoped to download Series 2 but unfortunately traveling on a US ship the internet address considered me outside of the UK and I was unable to do so.  Still, something to look forward to now that I am home!