Earlier this year when I went to the model show at Torquay I bought two items which for me were very different.  I had wanted to have a go at doing a bust at some point and also fancied doing a Space Marine, the latter being driven largely by the inspired work of fellow bloggers.  A trader at the show had some fine looking pieces for sale so I decided to take the plunge for no other reason than “what the hell!”.

The bust of an Ork I did a little while ago…

… and shortly afterwards I started the Space Marine before I got side tracked by something else as so often seems to happen these days.  Then along came Azazel’s challenge for August and I decided the model would fit the criteria (“Cool” – hopefully – and bigger than normal criteria) so I got my arse in gear and set about completing it.

So what have we got here?

Well firstly the model is 54mm scale so typically larger than your average gaming scale figures.  It was produced by Craftworld Studio and is made of resin, not my preferred material as some of you know, and comprised of a dozen or so parts.  The base came with the figure and for now I am not planning to expand it but that may change later in the year.  Pending what else I get done between now and January I might use this in one of the club’s in-house annual competition categories and if I do then I might beef the base up a bit.

The figure was painted only using acrylics.  Normally, especially on 54mm figures, I usually use oils too but decided against doing so on this occasion.  No real reason for that decision other than the fact that I quite liked the way he was turning out using just the acrylics so decided to leave well alone.

Has he been painted correctly?  Is he the right colour scheme?  Have I picked out all the relevant parts and details?  Buggered if I know, it’s a genre well outside of my comfort zone and I didn’t do much in the way of research, just simply went with what I thought looked right and OK.  Will I do another?  Not at 54mm scale that’s for sure but I wouldn’t rule out 28mm/Heroic scale as something for the future.  It was fun and I already have a few ideas floating around so who knows?

Images of the completed Figure below. 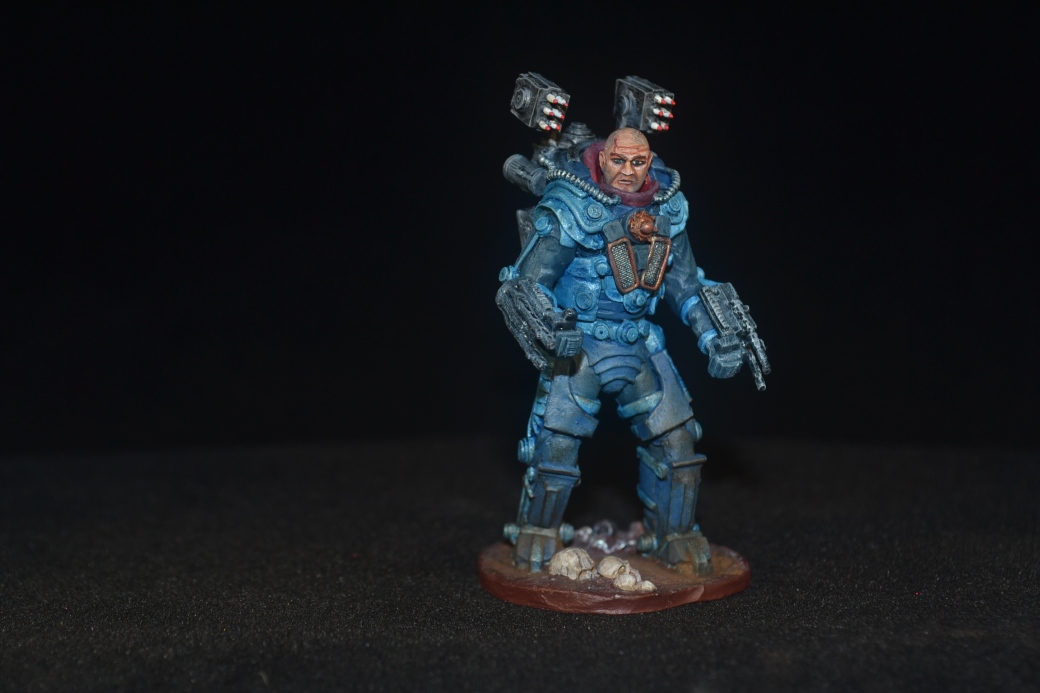 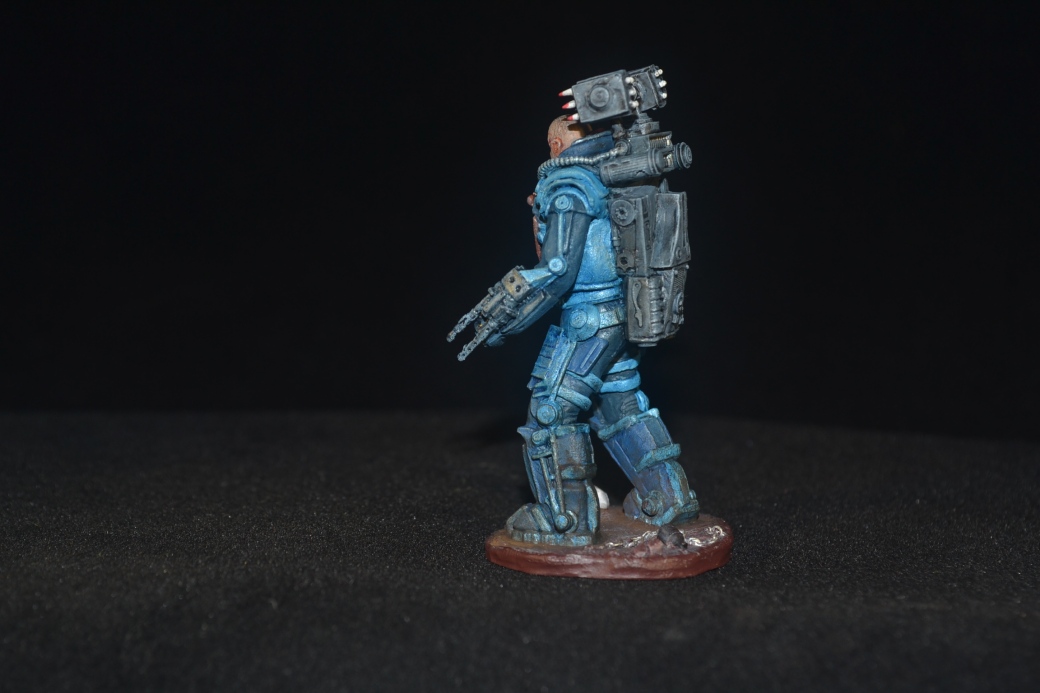 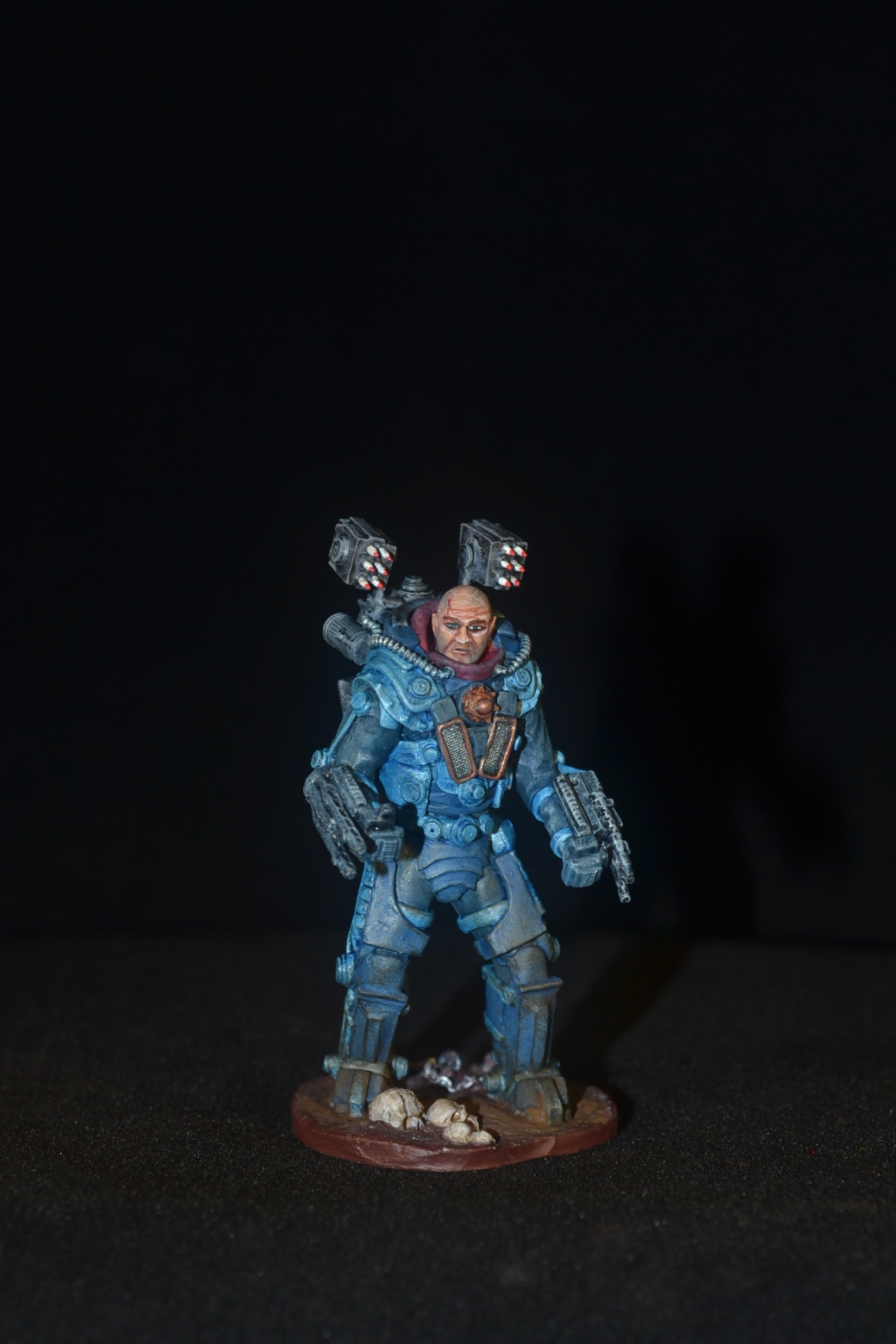 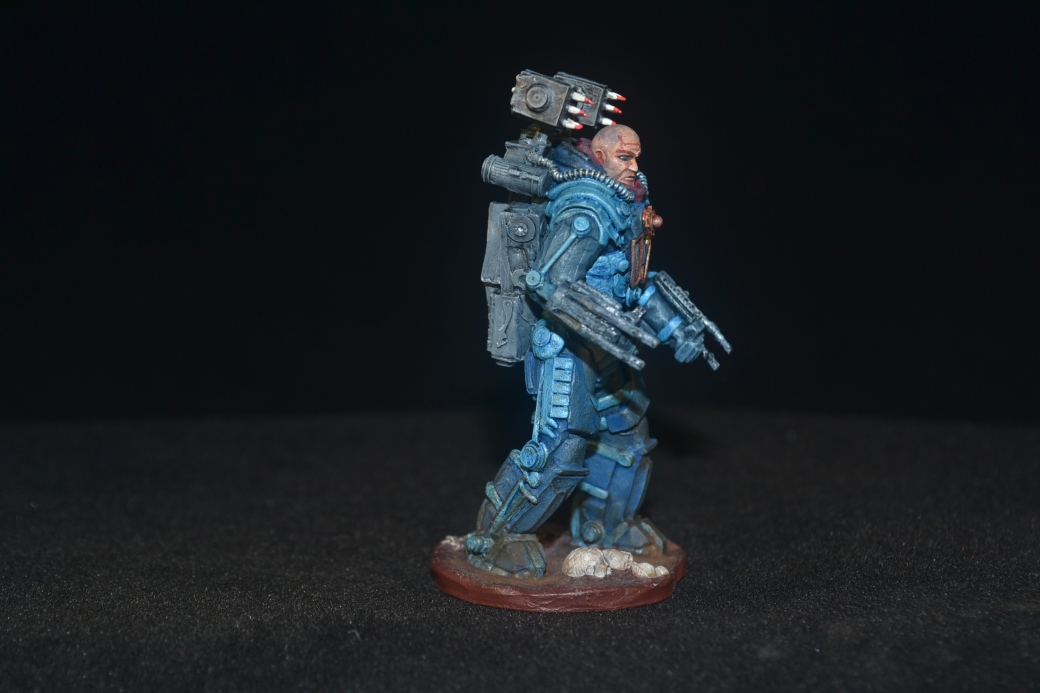 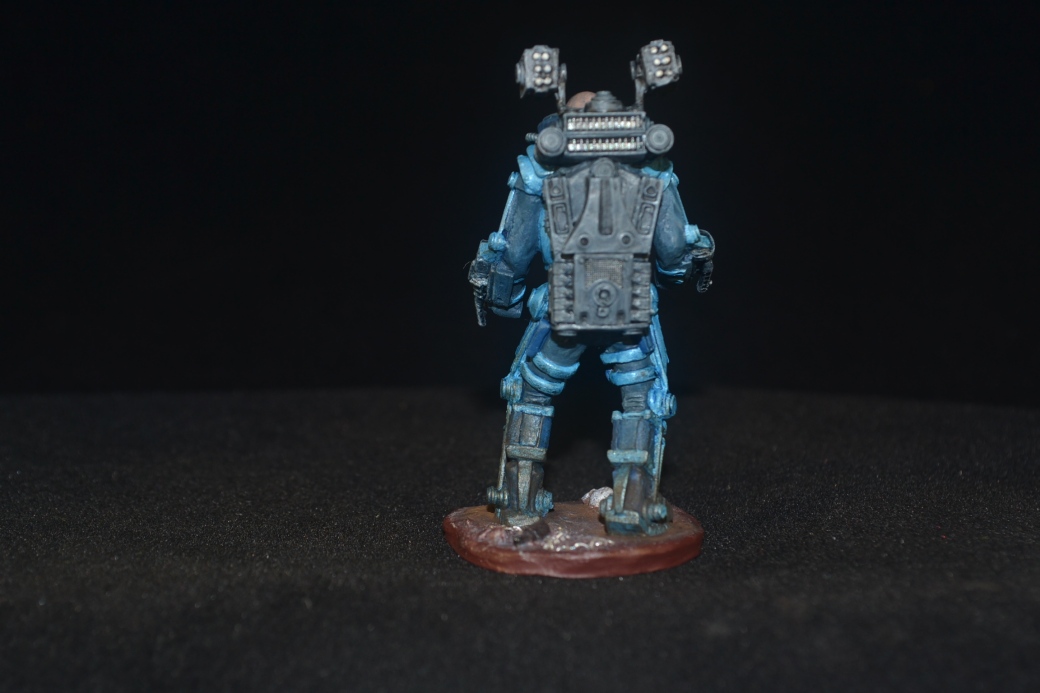 18 thoughts on “Space Marine – A 54mm Figure (The August Challenge)”