This week my favourite worst model.  Read on …

So who is James Newton Langley?

James was born in Brixton, London in 1876, enlisted in the Middlesex Regiment on the 7th June 1915 and died in 1935. He went through the war until he was demobbed in 1918. With his regiment he saw action at Ypres and the Somme as well as numerous other encounters.  James was my Great Grandfather and below is one of a few pictures which were handed down to me.

When I was searching for WW1 figures I came across a 28mm mounted soldier by North Star Military Figures which got me quite excited. The figure itself was of an officer (James was a humble Private) but with a couple of minor alterations I felt I could produce something a little closer to the photo above.

The first change was to remove the upper part of the figures boots and turn them into gaiters.  Next up was to add white braiding to the horse harness and to the figures left shoulder.  Minor alterations which made a considerable difference but about as much as I could realistically achieve given the casting of the figure and my own ability.

The next thing I did was to take the photo and flip it so that the horse and rider were facing the other way.

Finally all that remained was to paint the figure and add it to a plain base. As a model this falls a long way short of being my best work. As a meaningful figure it sits top of the pile. 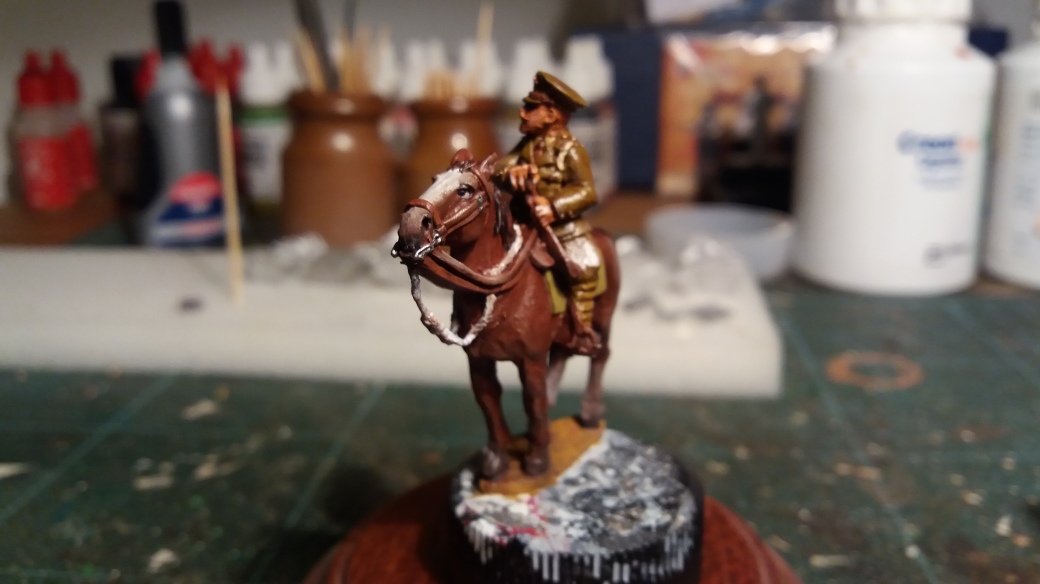 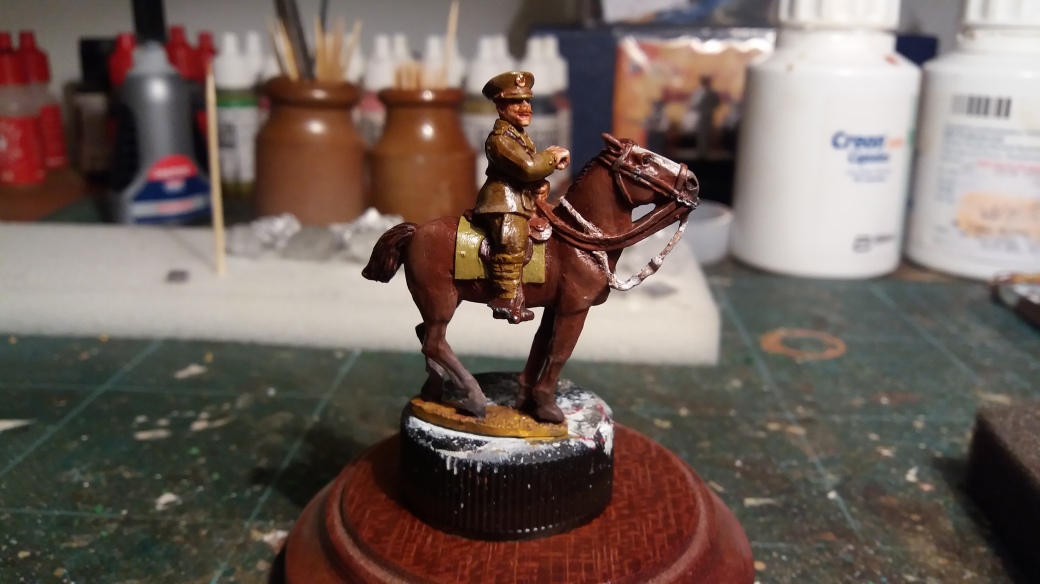