Another week and another Hasslesfree miniature, this one goes by the name “Justice Sedante”.  Definately not a lady to be messed with that’s for sure.  I’m told she has a soft centre but unfortunately you have to negotiate her exterior to get there! 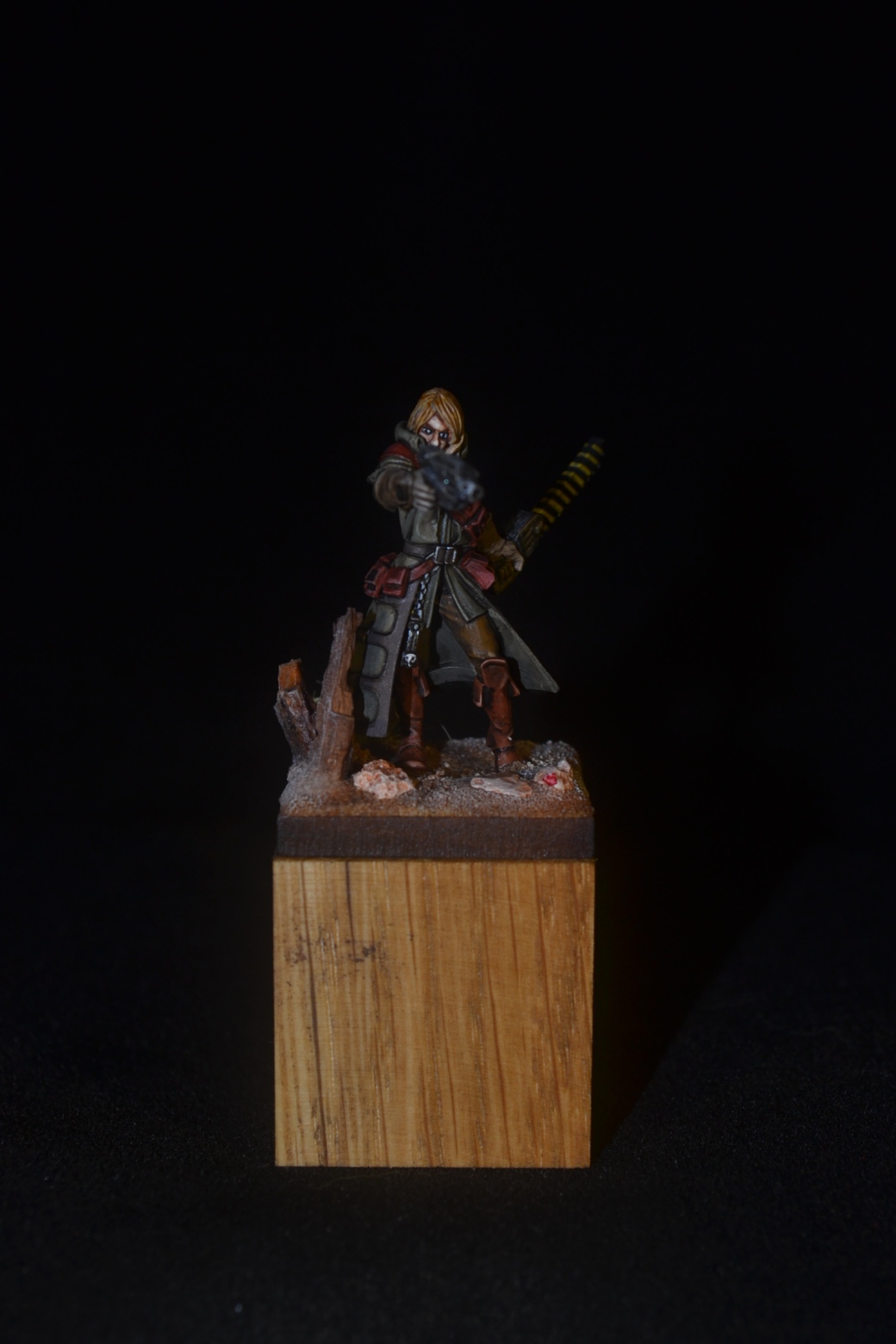 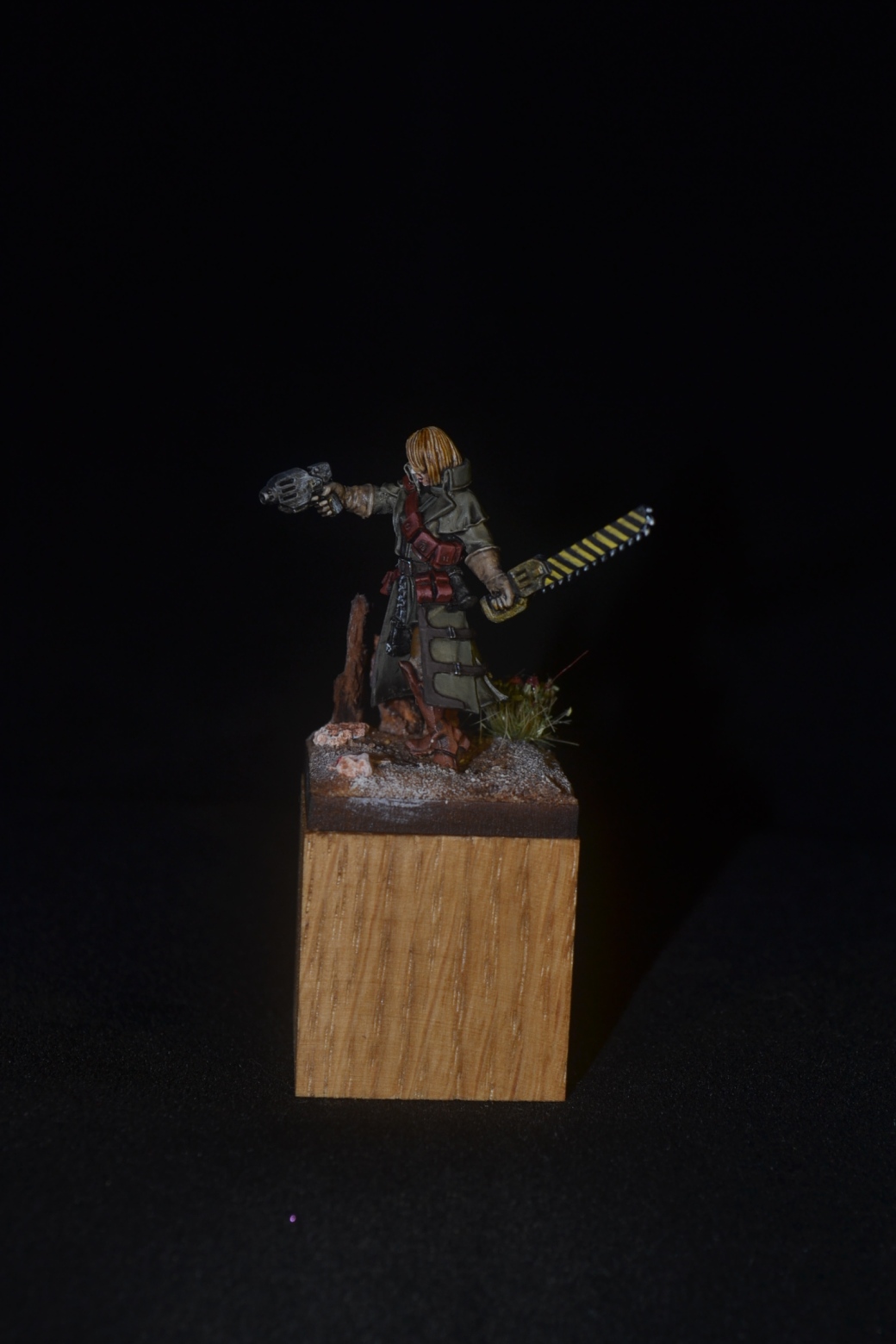 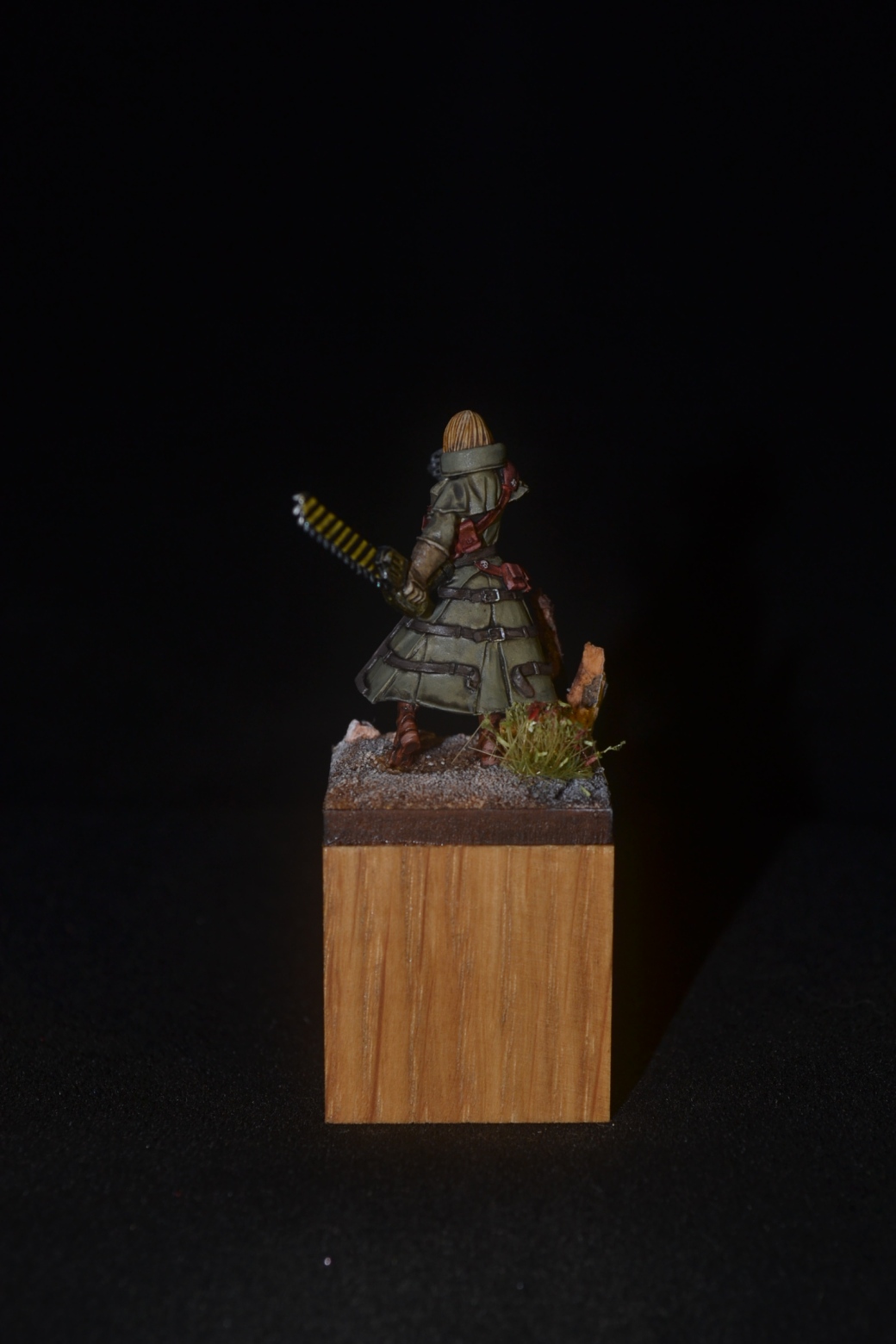 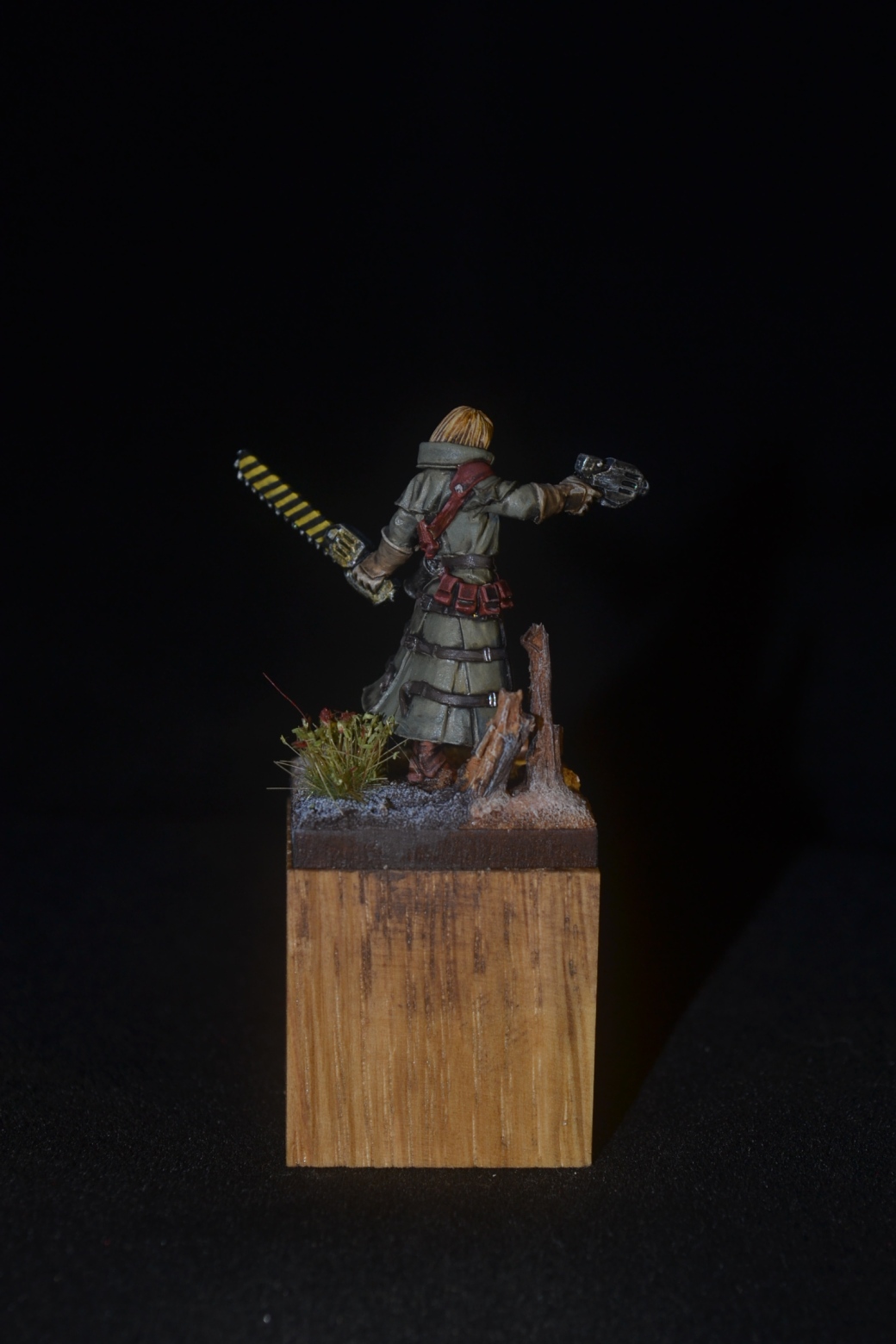 In the comments of two recent posts I was asked by Deturnation how I did the cobbles on Dorothy and how I did the acrylic base on Clyde by Pat.  Both were very simple so I thought I would share the very brief details here.  Oh, and by the way, do check out their excellent blogs if you haven’t already.

I typically do cobbles one of two ways.  One method is to simply use a cobble textured roller from Green Stuff World over Milliput or a clay such as Das.  There are plenty of textured rollers available and well worth checking out.  The other method is to use plaster board.  Not sure what it is called else where in the world but basically it is the stuff used by builders for internal walls.  It is easily carved and this is what I used for the basing of Dorothy.

The acrylic base for Clyde was equally simple.  Once again Green Stuff World came up trumps.  They have square and round moulds for using with UVResin and a UVTorch.  I simply bought some 25mm square bases, added some watch parts for a steampunk looking base, poured in some of the UVResin into the mould and then hardened it off using the UVTorch.  It takes about a minute for the resin to harden and then it can be removed.

Of course the moulds and the resin can be used in a variety of ways.  so for that matter can the cobble roller.  I have used it to make walls as well as floors and the plaster board can be used to pretty much make all sorts of scenery.  All down to imagaination and crafting skills.

“Hey Jude” by the Beatles.  You may not have heard of this group but I reckon they are going to be big.

The track was sung live on the David Frost show back in 1968.  I don’t know what the TV audience was but the YouTube video has had over 250 million hits.  Not bad for a song which is over 50 years old.  I remember watching it on a black and white TV at the time (we got colour in 1970) with my brother and my mum and dad.  Some things you never forget and this was one of those moments.  Probably one of the greatest songs ever.  Of course you are entitled to your opinion but if you disagree then you you are wrong!

“Wild Target” starring Bill Nighy and Emily Blunt.  A quirky little film with a good cast.  Not a classic by any means but a few good laughs and worth a watch in my opnion.

If you can’t think of a word say “I forget the English word for it” that way people will think you are bilingual instead of an idiot.