Now the good news is my Zealot order for a mine truck and a couple of pieces of track arrived quickly and safe and sound which meant this week I was able to spend time doing further work on the mine for my “Fools Gold” diorama. 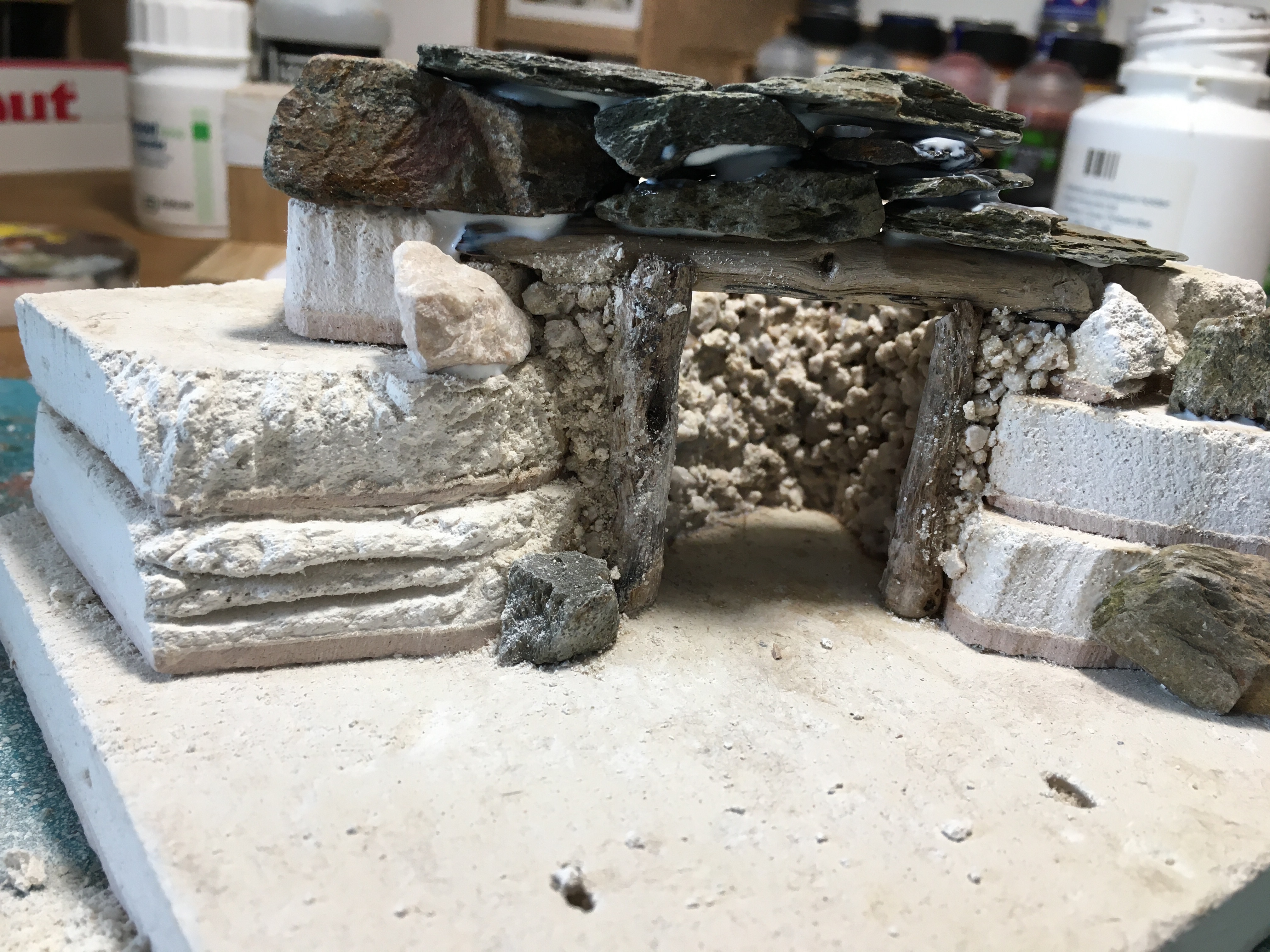 After checking that the track fitted into the entrance, and breathing a sigh of relief that it did, it was time to start carving the plaster board (see the left above versus the right above image).  With the cat litter covered inner walls now fully dried I could get some paint on them.  The emphasis being on the areas I would not be able to get to with a brush once the mine had been built up further. 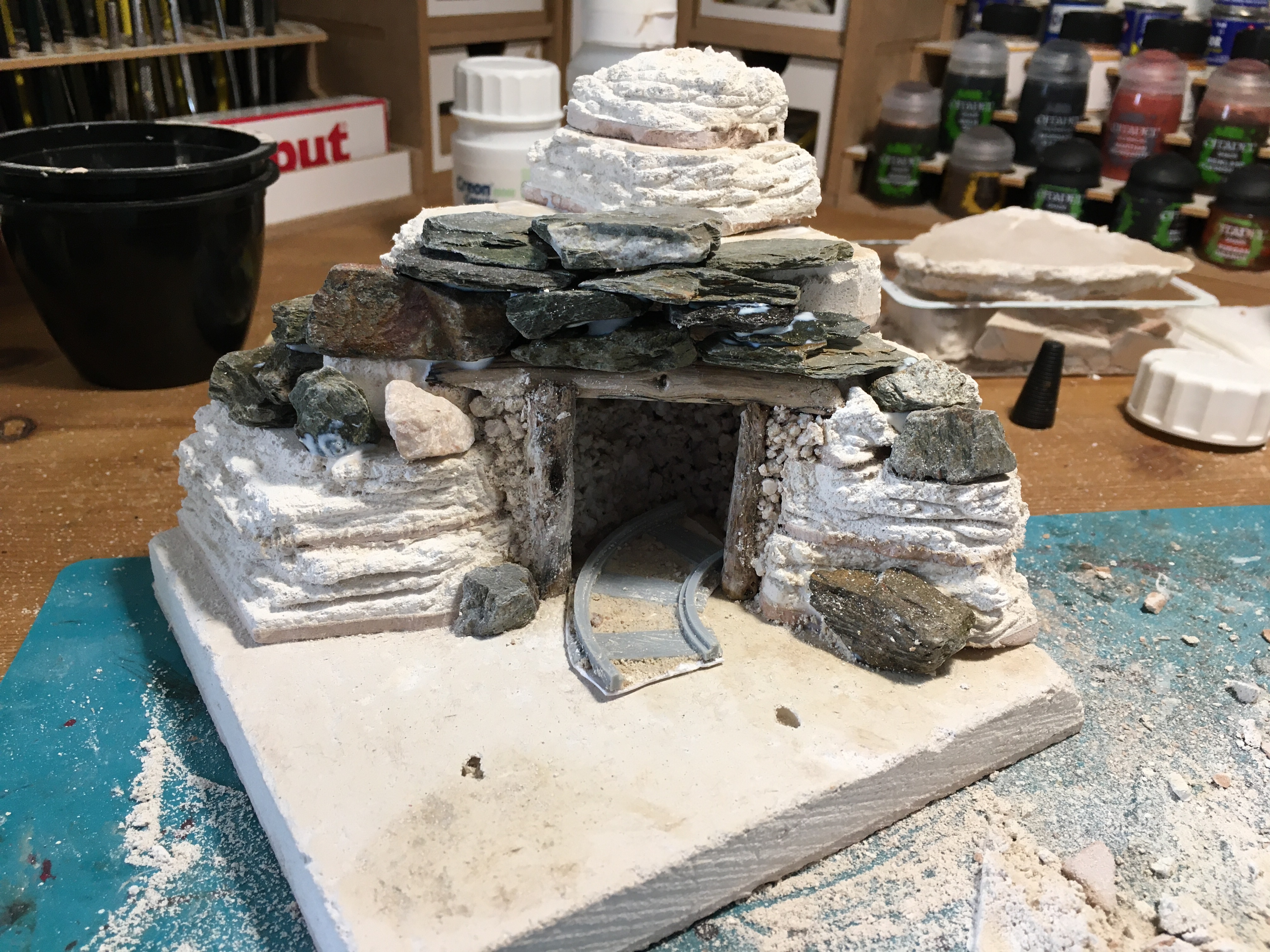 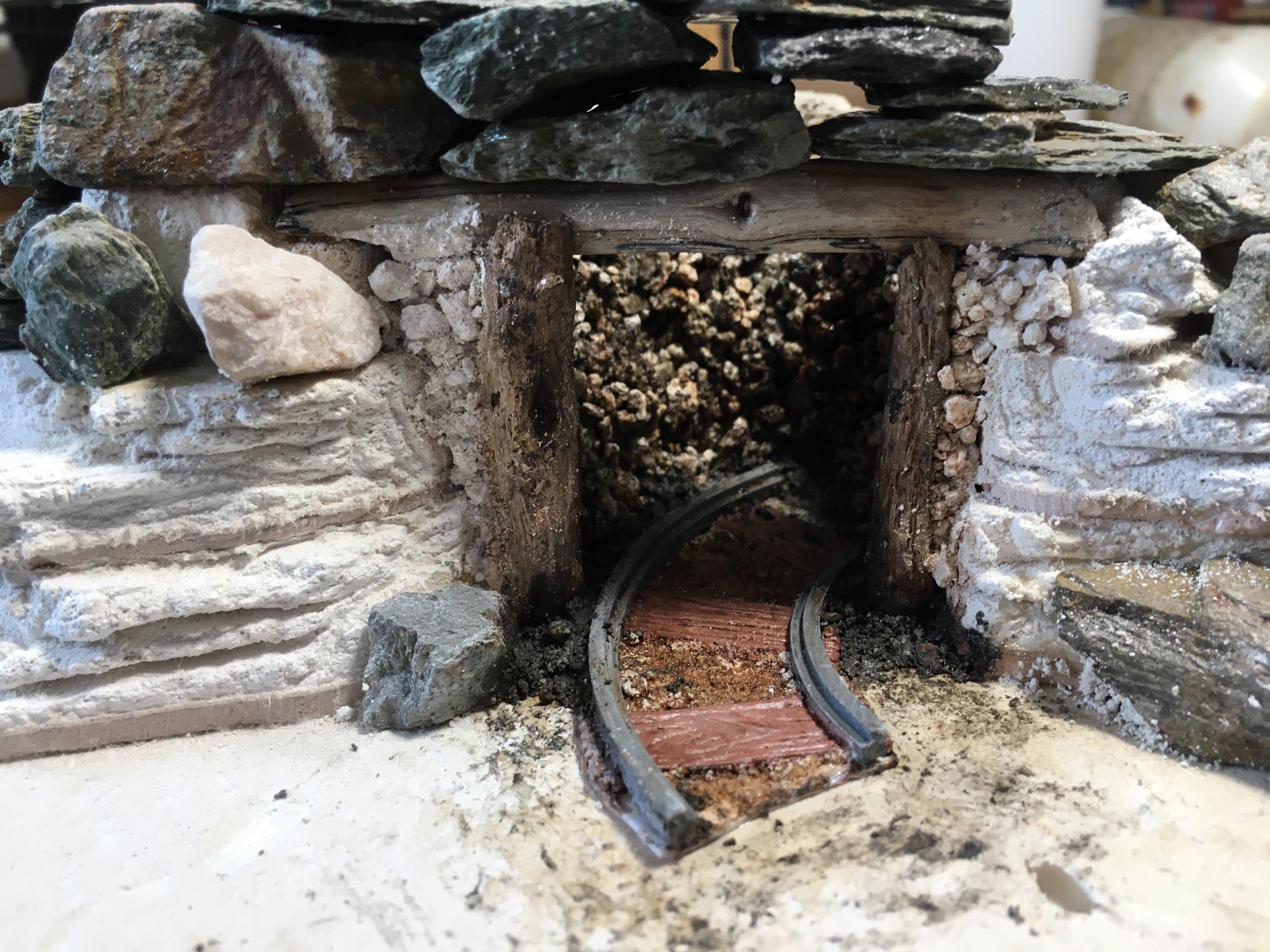 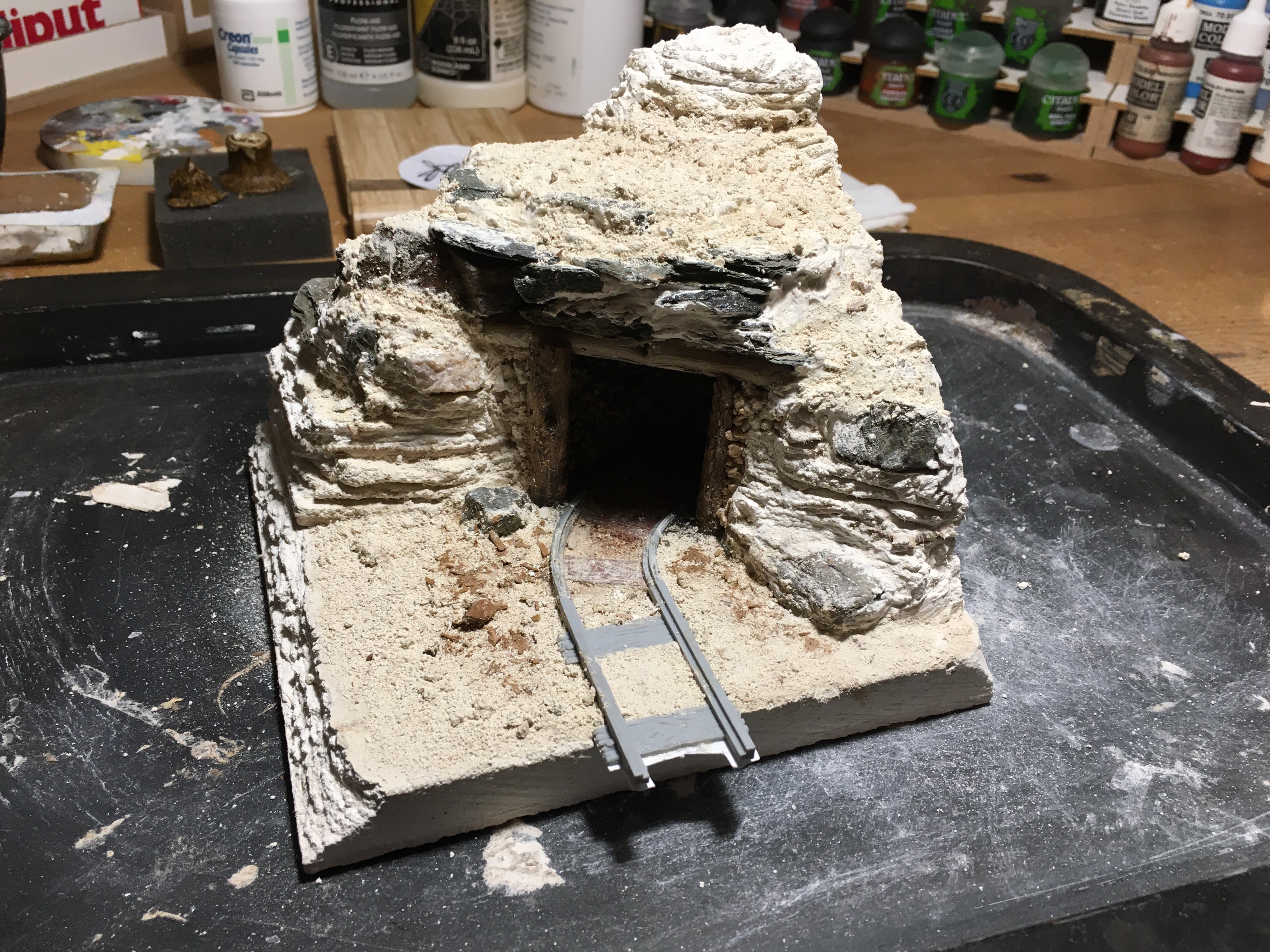 With the inside done as needed for now I was able to press on with the build as you can see from the above images.  The plaster board needed to be built up higher to effectively add a roof to the mine entrance and it also needed more carving and shaping.  Other bits of slate and stone were added here and there and then the finer texture was added as appropriate on top.  For this I used the plaster board dust and bits which were removed during the carving process.

The key thing to note about plaster board is it is absorbent.  Why is this significant TIM?  Well when it comes to painting it once it’s dry the paint will soak in randomly and automatically create shading of its own.

As you can see from the image above the painting process has begun and the track is in place too but for now that is another week over.  All being well next week will see the mine entrance fully painted for this stage (more will need to be done later when it needs to blend in when other ground work is done) and the track and truck completed too.

If you are wondering about the unpainted plaster board carving on the left of the above image and why the track over hangs at the front I will explain next week.