Initially I had planned for this to be a two part post under the banner of “Diorama Lite” but for that to have happened I really needed to have taken some work in progress photos!  As it happens I did manage to take a couple but nowhere near enough to justify a second installment so I soldiered on and decided to complete the figure and post it finished instead.

The first of the two progress pictures I took shows the “tree” attached to the base and partly painted.  Not exactly an inspired basing decision as I figured a Wood Elf needed to be positioned in the woods.

The next work in progress image is of the elf himself, a 28mm Reaper figure.  I decided the back of his cloak warranted some work on it rather than just leaving it plain.

Thereafter the figure was just a paint job and the base itself was added to slightly.  Some scatter was applied along with some tufts and I used some tea leaves on the tree to simulate ivy.  Hopefully the overall image conveys a wood elf in the woods!

Images of the completed model below. 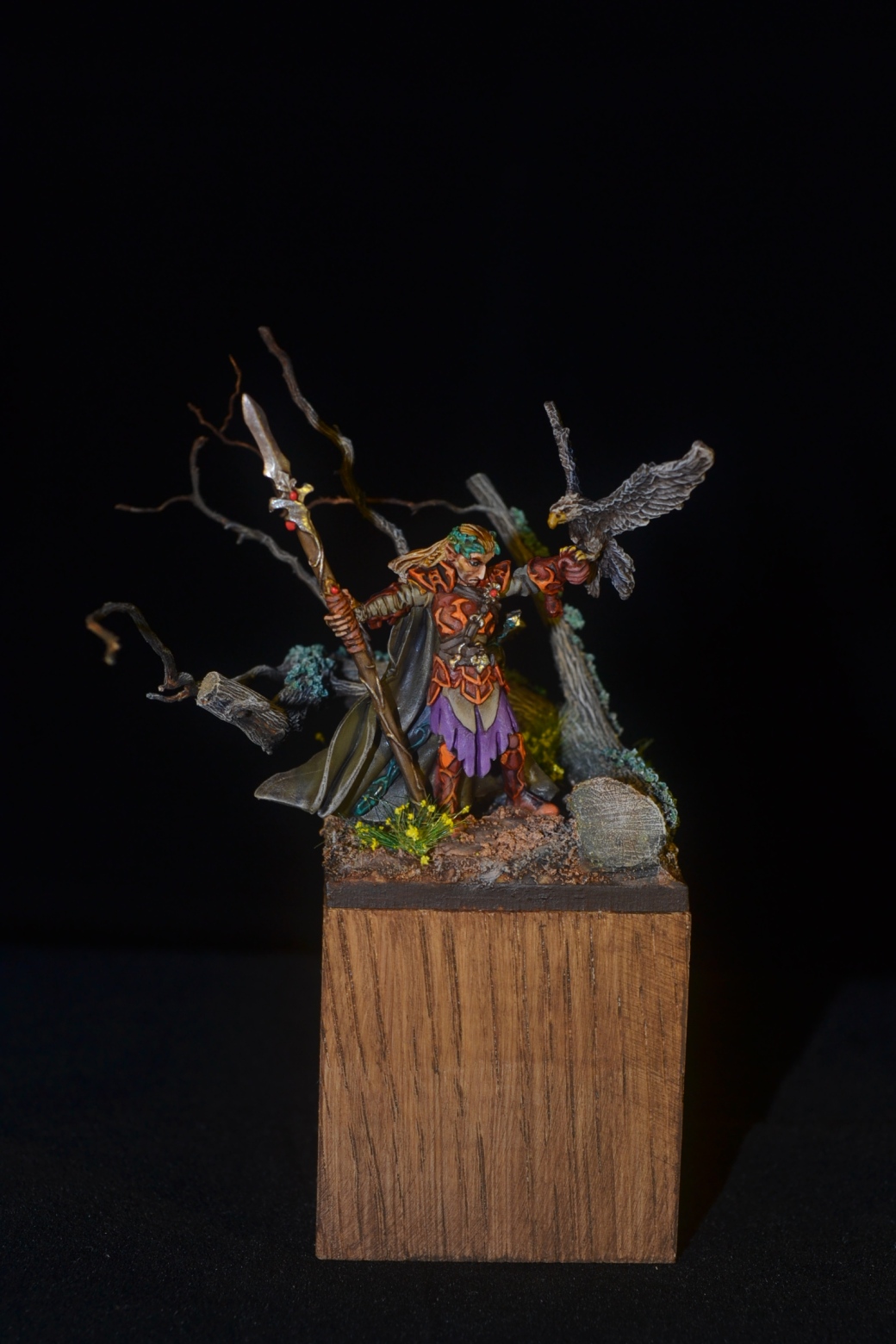 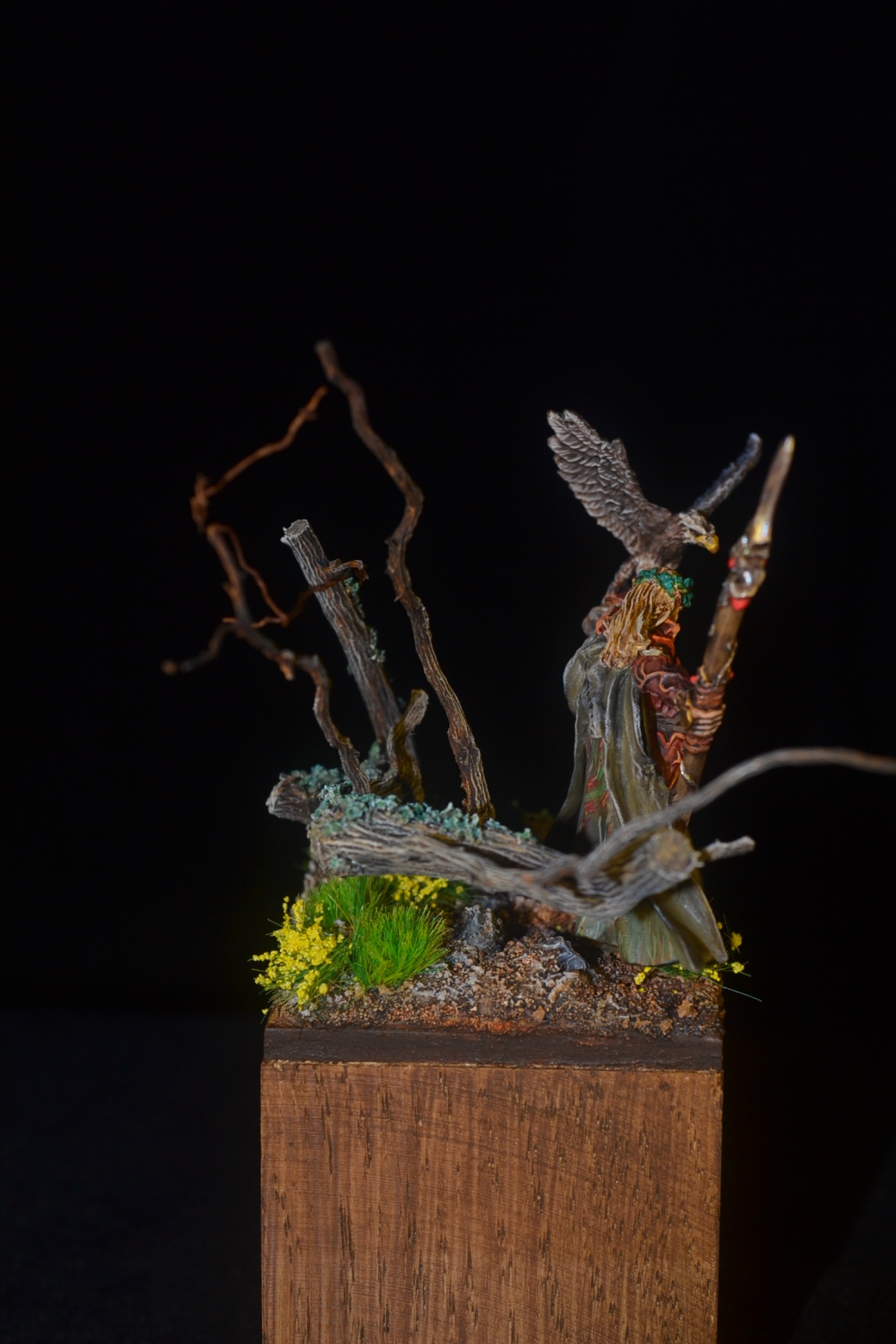 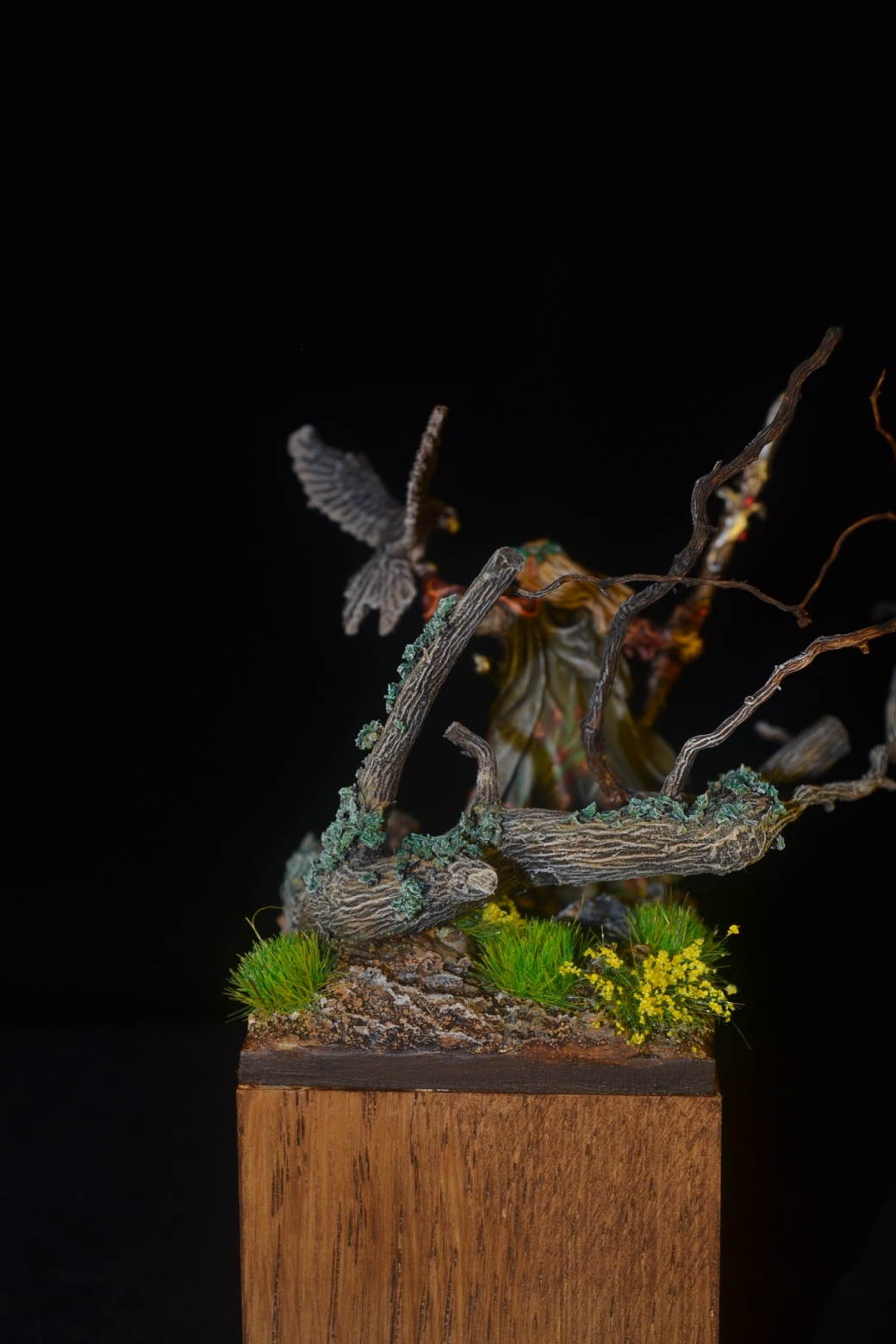 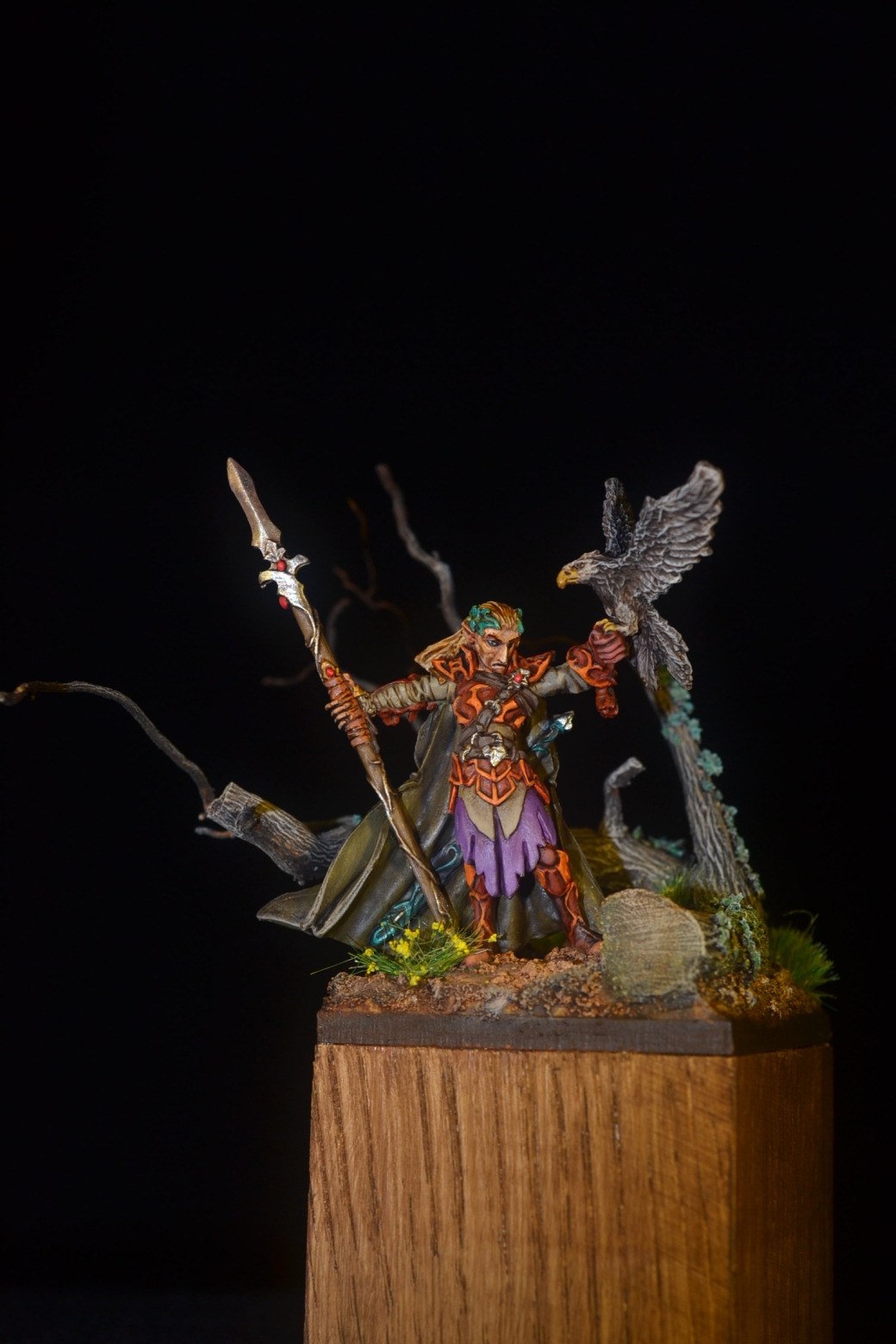