This weeks miniature is the next installment of my Medieval Army.  As with all these figures they are from the Footsore Miniatures Baron’s War Range, in this specific case the first of four figures which comprise the “Foot Knights with Two Handed Weapons, Pack 2”.  The freehand heraldry is that of “William Bisshopsdonne”.  As and when I get all four of a particular pack completed I will post a little group shot.  At the moment though I am choosing to work in a somewhat random way so right now I have no idea when the first group shot will be.  I suspect a but like buses one or two will come along at once!

The Knights On TIM’s Modelling Table

Over the last week I was able to pick up some useful information in relation to knights and their shield designs.  A link I found – Glover’s Roll – was particularly useful in providing designs as well as names.  Some look very much easier to paint than others so time will tell just how adventurous I get.  I also found a wealth of images on Pinterest too all of which has led me to another decision.

Although the figures I am painting are all from the Footsore Barons War range I’m not hung up about every heraldic knight I paint having to be a participant of that precise period and/or campaign(s).  Whilst my OCD will, for example, insist that my bases conform to a level of uniformity I’m relaxed about the accuracy of participants.  What does matter though is that the heraldry is accurate and that the figures are painted well enough to give a colourful display and wow factor when they are displayed.  At the end of the day I see models as a representation and, a bit like Hollywood directors, there is room for poetic license.

Another thing I picked up on last week was an article published in Wargames Illustrated entitled “A Wargamer’s Guide to Heraldry”.  I’m not a subscriber to this magazine but getting hold of the March 2021 issue seemed like a good idea.  I haven’t had a proper chance to read it yet but at first glance it appears to contain some very useful information for a novice of the period such as me.  More on that next week.

April is normally the month when the South London Warlords hold Salute.  Understandably it was never going to be held so early in the year with the various Covid restrictions in place.  The good news was the organisers were aware of that and so they pushed the date back to later in the year.  The bad news for me is they chose the same weekend in November as the IPMS Small Scale World show in Telford!

I’m sure I am not the only one who enjoys attending both events but alas this year I have to choose.  At least it wasn’t a difficult decision.  Telford is the bigger event and held over two days but more to the point my hotel booking from last year was rolled over to this one so Telford it will be, assuming the event does go ahead!

With lockdown restrictions in the UK starting to relax I thought this week I would list my top five things I am looking forward to (fingers crossed) in due course.  In no particular order:

“We Will Rock You” by Queen.  It’s been a while since I listened to a bit of Queen so it was high time that I did.  So many tracks to chose from but I just love Brian May’s guitar solo at the end of this one.

Line of Duty, Series Six.  The last episode was shown a little over a week ago but now that all the episodes are now on BBC iPlayer it was time to sit down and binge watch the whole of series six again.  As UK TV dramas go this one captured the nation more than just about anything and had everybody trying to work out the likely outcome.  I wont spoil anything but if for some reason this series and the previous five have passed you buy then lucky you as you now get to watch the lot. 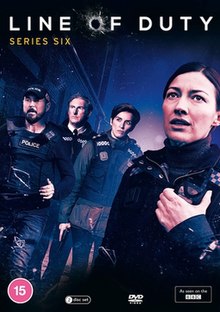 Five out of six people agree that Russian Roulette is completely safe.