Life’s juggling act continues unabated.  Keeping five balls in the air was challenge enough but then along came a sixth.  I gave up being a Parish Councillor along while ago but was asked by some very nice people if I could help them to try and win a very nasty battle they are having with the village c**t and his female henchman they’ve nicknamed Putin.  Now I could never hurt a living creature and have only ever truly hated one or two people in my life but these two people I could happily kill and sleep soundly afterwards.  Accordingly I couldn’t say no and with that I gained a 6th ball in the air and even less time than I already had to get any modelling done.

The good news is I did manage to get some work done in the form of another figure painted and put in situ.  Photo’s of the little chap, another figure from Otherworld Miniatures, are below. 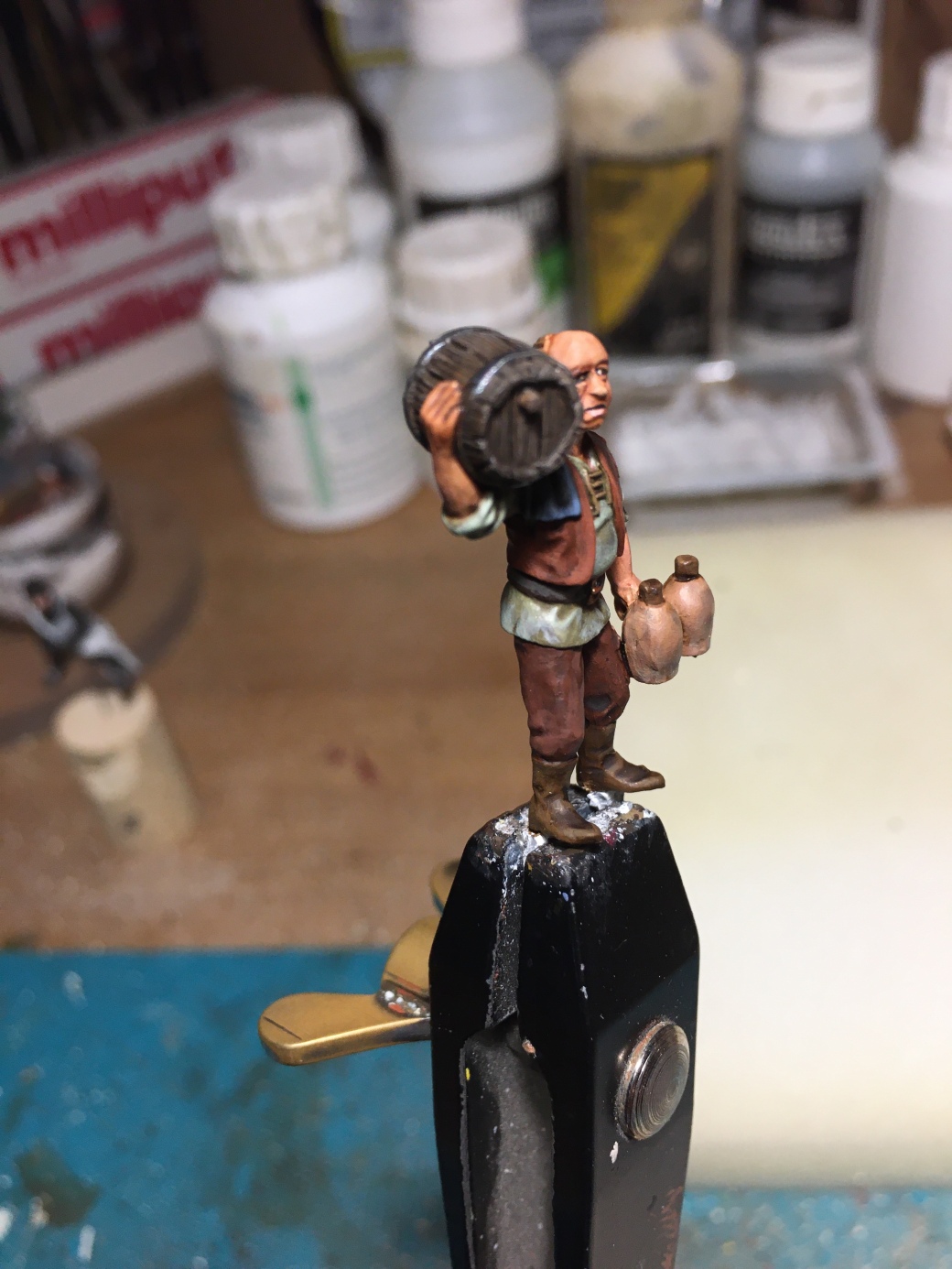 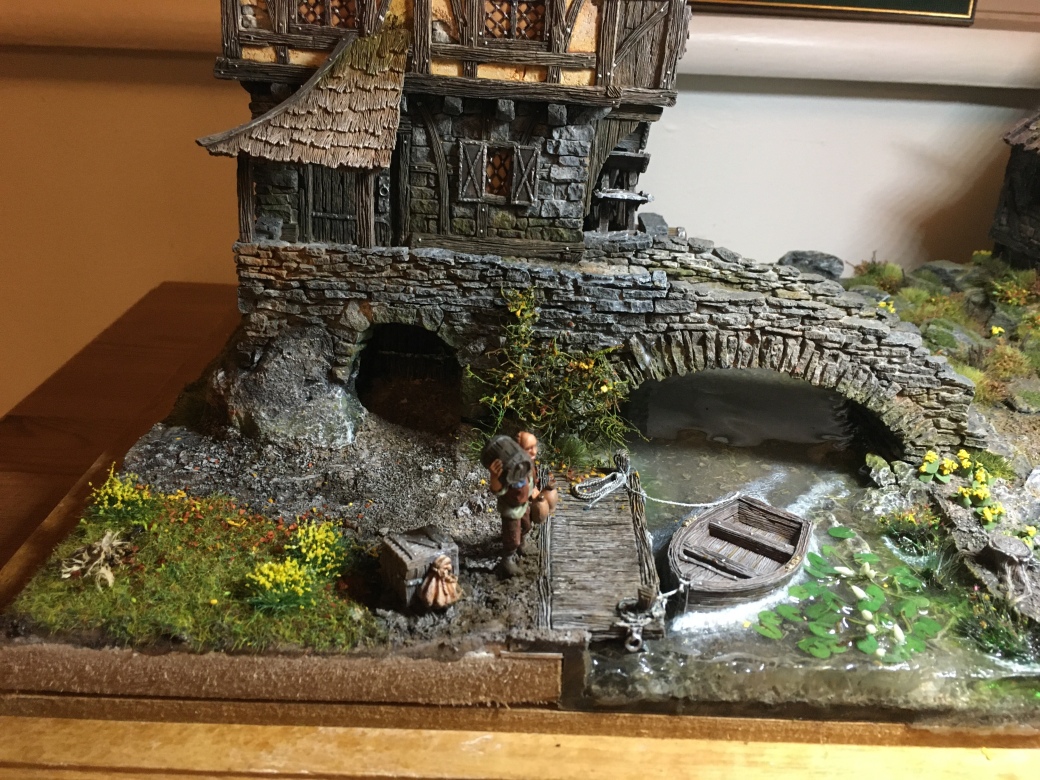 Progress is progress even though things are going much slower than I’d like right now.  No need to panic just yet though as I have until November to get this one completed.  Hopefully it will be done well before then but if I carry on at this pace it will be touch and go.

The only other thing I managed to do was order and take delivery of some more figures.  Four peasants to be precise along with some ducks, pigs, chickens, rats, rabbits and a badger.  No idea where they are all going to go or when they will get done but they are all important details to be added as far as I’m concerned.

Looking ahead I think another figure is on the cards for the coming week.  If I can get some additional prep work done I’ll be happy too.