This figure is from Hasslefree and is based on the character Snake Plissken played by Kurt Russell in the 1996 film “Escape From LA”.  I decided to paint this one up as a single figure but since doing that have typically had several little diorama ideas, accordingly this figure will almost certainly be bought again at some point.

I went for a simple base made of a small piece of carved plaster board.  The more I use this stuff the more I love it.  It produces great texture and as it is naturally absorbent it produces instant shadows.  Add a little dry brushing and viola, all done. 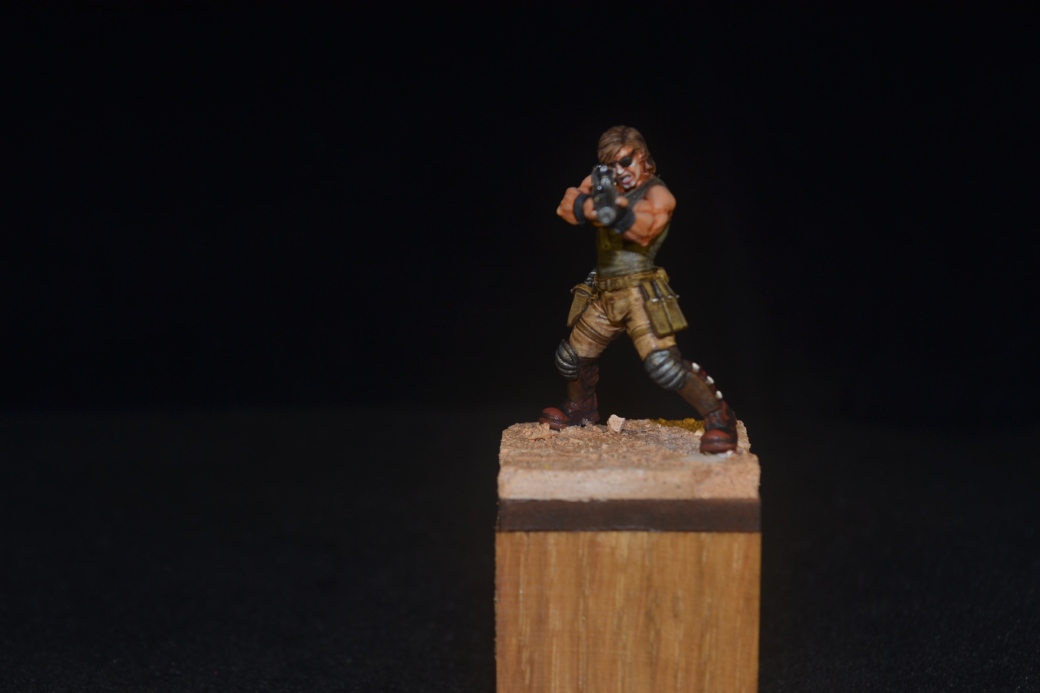 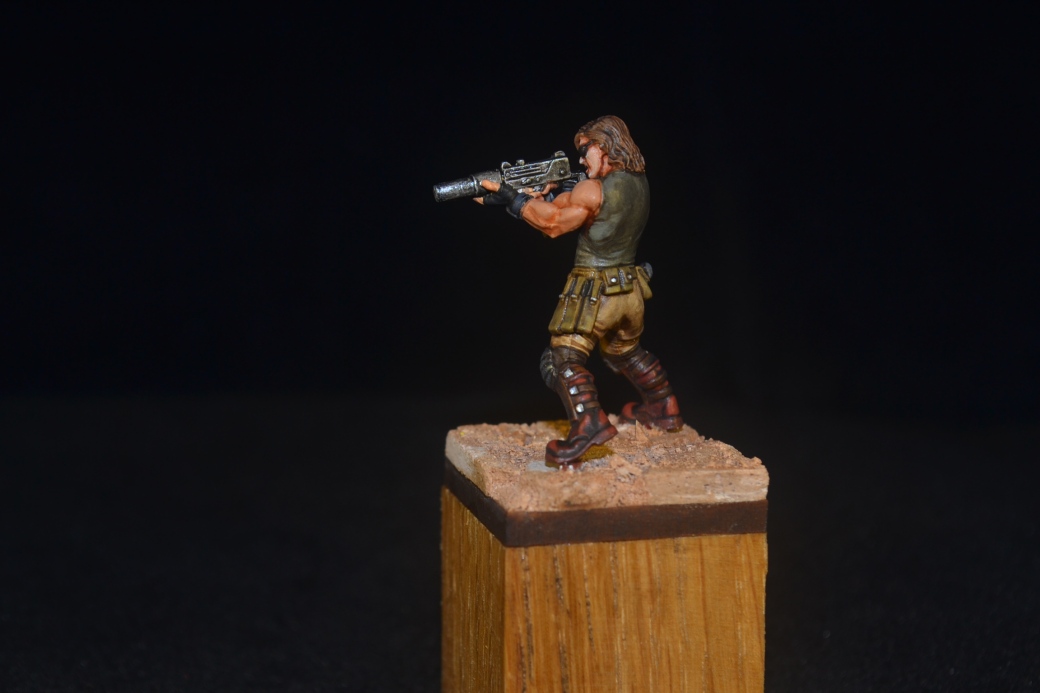 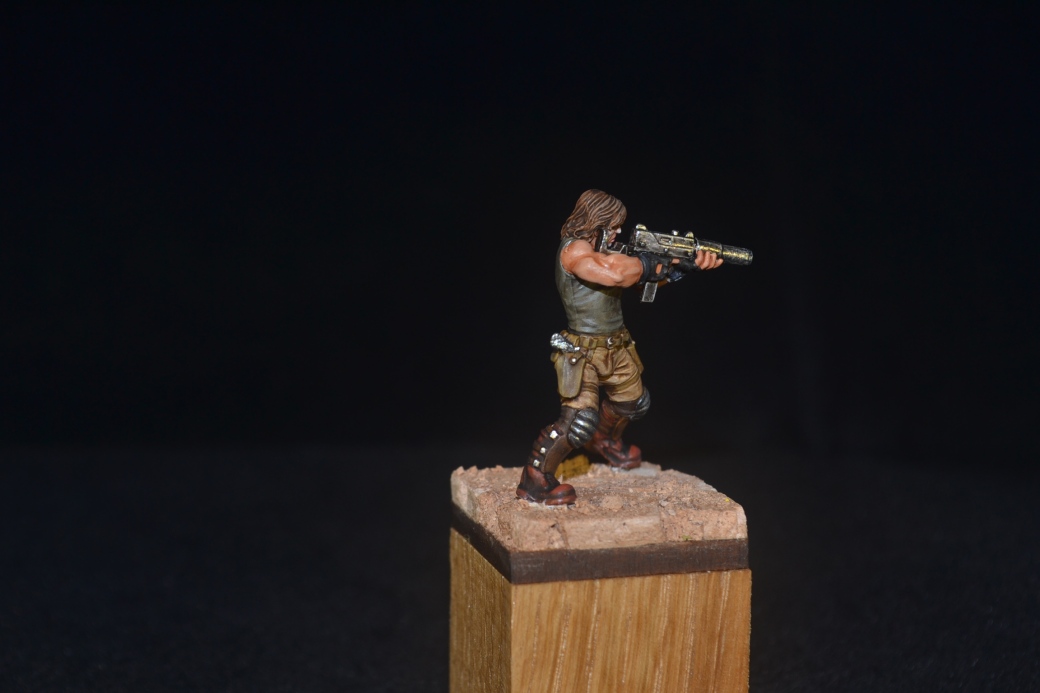 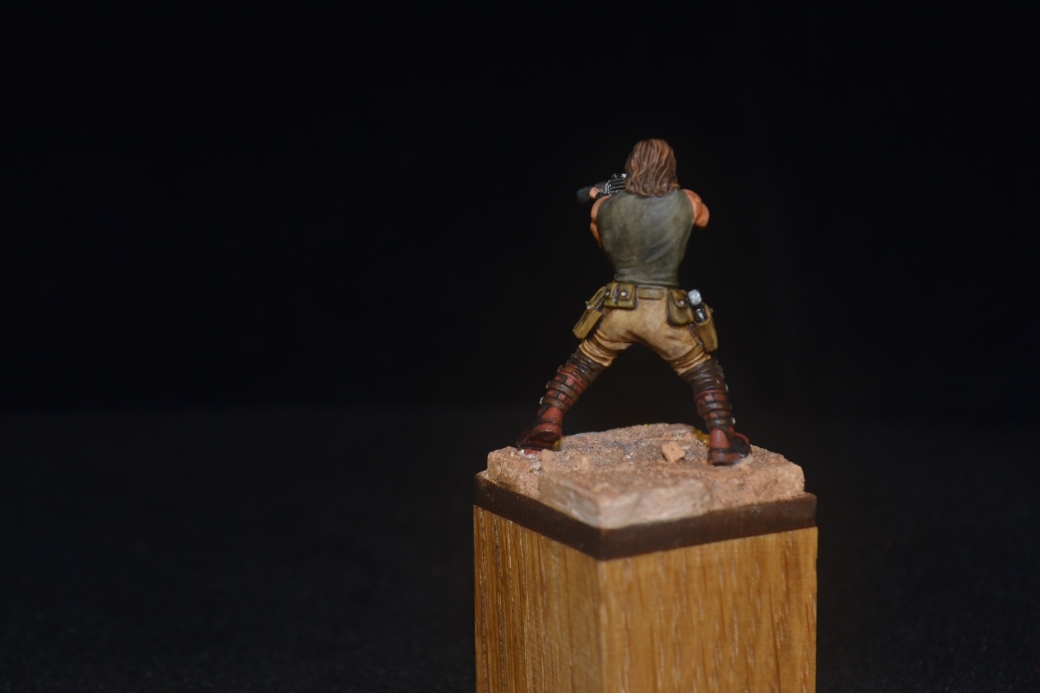 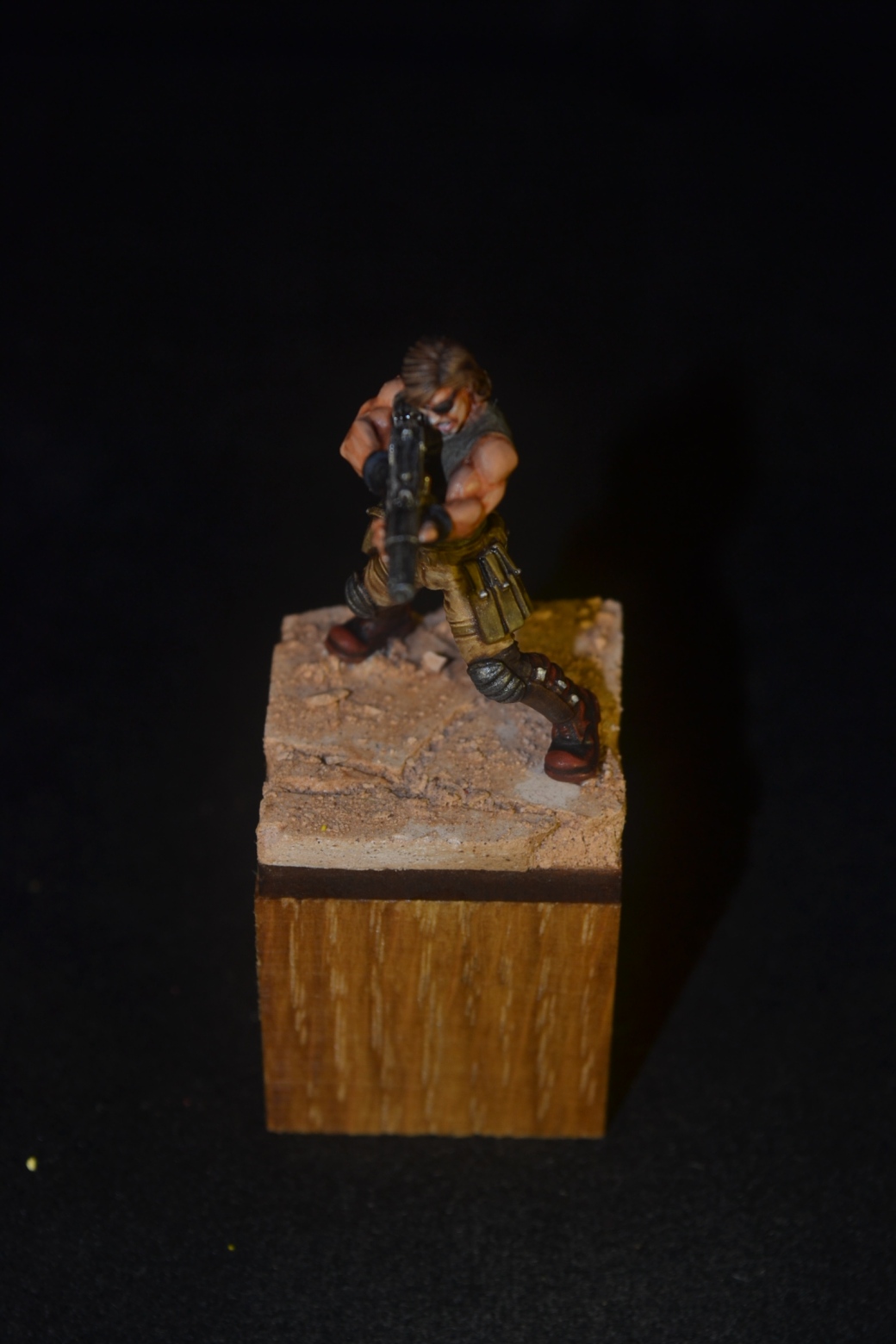